Why Biden needs to salvage the Iran nuclear deal 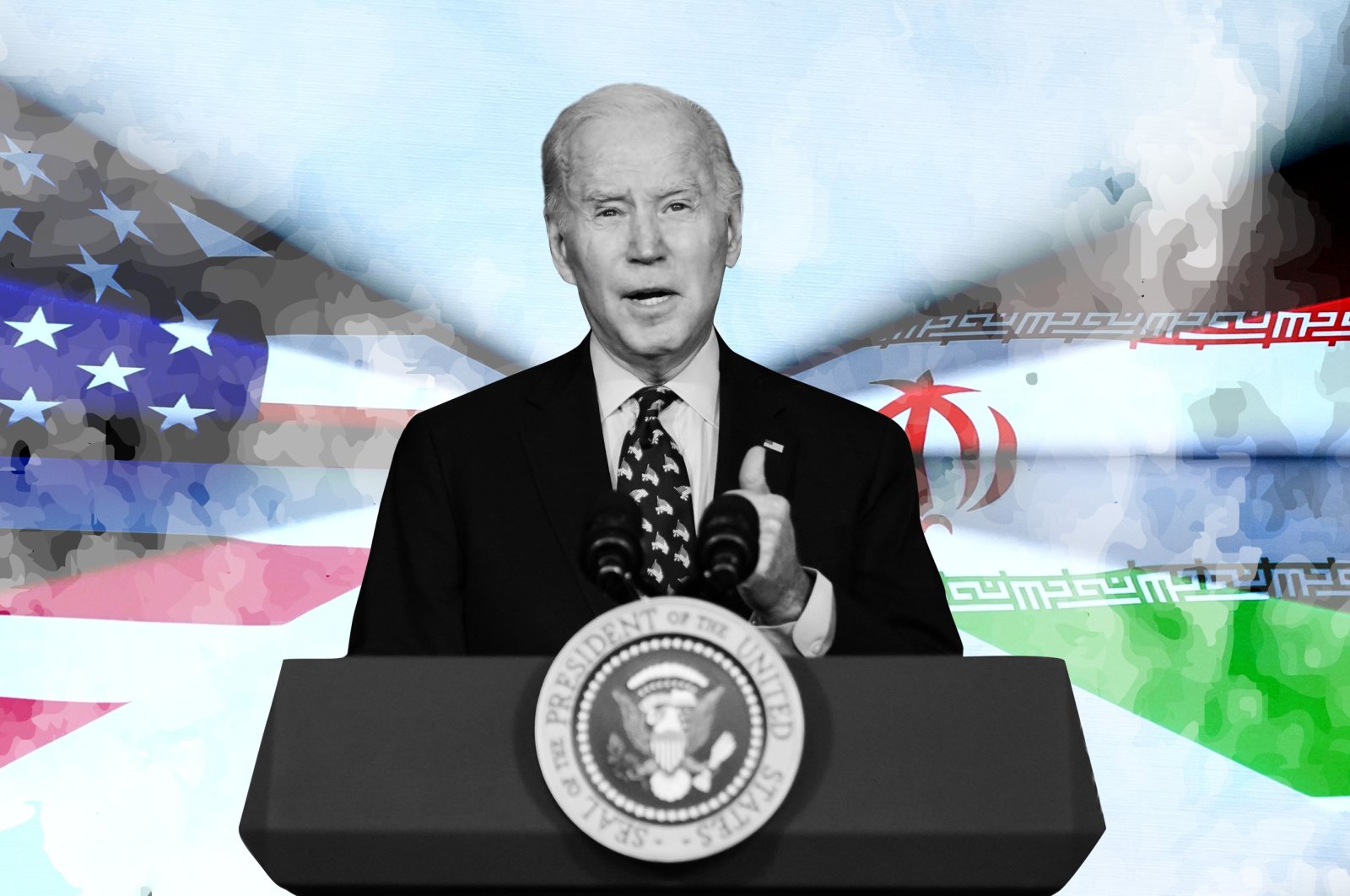 Illustration of U.S. President Joe Biden with the national flags of the U.S. and Iran seen in the background. (Illustration by Büşra Öztürk)
by Mohammad Javad Mousavizadeh Dec 17, 2021 12:05 am

The U.S. president is trying to restore Iran’s nuclear deal because he needs a significant win in foreign policy after the country's defeat in Afghanistan

United States President Joe Biden made repeated statements on Iran during his candidacy in the presidential election campaign. In addition, he took new stances on the Iran case as one of the most important issues of U.S. foreign affairs.

Unlike former U.S. President Donald Trump’s attitude, he has prioritized consulting with the U.S. allies, especially European countries, about Iran. The unilateral decision of Trump about Iran has faced strong criticism from U.S. allies. The former president withdrew the country from Iran’s nuclear deal, known as the Joint Comprehensive Plan of Action (JCPOA), that was signed between Iran and major countries in 2015.

European countries understood the dangerous consequences of removing the JCPOA, and the E3 (France, Germany and Italy, a group that consists of the European Union's three large founding members) leaders have tried to protect the agreement since 2018.

In fact, Trump’s withdrawal permitted Iran to enrich uranium to 60% purity. Some observers believe 90% purity is needed to make nuclear weapons, and Iran’s nuclear program is at the most advanced point ever for obtaining the ability to produce atomic weapons.

Biden opposes or not?

Clearly, the Biden administration has been a strong opponent of Trump’s withdrawal from the JCPOA. However, his advisors’ team believes that the deal was working and tearing it down was a catastrophic decision by Trump. So, Biden needs negotiations with Iran to stop Iran’s nuclear advances by reviving the deal, which his administration has made a centerpiece of his agenda.

On the other side, the onerous sanctions have hobbled Iran’s economy. In addition, the Iranian rial is now at its lowest price since the Islamic Revolution in 1979. So, the country needs to relieve sanctions to recover its situation.

Nonetheless, the negotiations between the U.S. and Iran to salvage the nuclear deal commenced after Biden came to office in January 2021, but the process stalled as Iran’s presidential election took place in June. Finally, after months, the diplomatic marathon between Iran and world powers has started recently in Vienna to salvage the JCPOA. However, the new delegation of Iran under Ebrahim Raisi’s administration has put new proposals on the table that have been incompatible with the 2015 pact and the six previous talks between the Western countries with Iran’s former negotiators under former Iranian President Hassan Rouhani’s administration.

Moreover, unlike the former administration in Iran, Raisi’s foreign policy advisors are in line with Tehran’s anti-American ideology that formed after the Islamic Revolution in 1979.

British, German and French diplomats who took part in the Vienna talks said in a statement that they were disappointed and worried after evaluating Iran’s new proposals because Iran has backed down from almost all the agreements reached in the previous rounds of negotiations. Also, Iran has demanded fundamental alterations to the final text. Iran’s proposals expose the severe divide in the two sides’ views. Some also argue that Iran is presenting the maximum demands to achieve the minimum demands; simultaneously, the country is dragging out diplomatic achievement in talks to advance its nuclear program.

For instance, Iran had demanded a guarantee from Biden that the next U.S. administration will honor the deal, but American politicians have made it clear that the JCPOA is not a treaty ratified by the U.S. Senate, and Biden cannot make such a guarantee. It seems now Iranian negotiators have brought other demands to the table.

Although there were no positive signals after recent talks, the two sides have no choice but to reach a diplomatic agreement, even an interim deal, because Israel would use failing talks as an excuse to carry out its threats and attack Iran nuclear facilities.

Israel has recently accelerated its plans to strike Iran and threatened clandestine attacks on the country. In an interview with the Walla news website, Israel Defense Forces Chief of Staff Lt. Gen. Aviv Kochavi said that preparations for possible strikes on Iran are being intensified. However, he added that “a significant chunk of the boost to the defense budget, as was recently agreed, was intended” to minimize the “Iranian presence in the Middle East.”

Notably, the U.S. government – considering its departure policy from the Middle East and the reduction of its military forces in the region – cannot consider another military crisis. On the contrary, if an agreement is not reached, a military conflict between the two sides could occur. In this situation, the U.S., as a close ally of Israel, will be pressured to intervene in the military conflict to help Israel. And this is not a favorable situation for the Biden administration. In addition, the world will not be able to tolerate another significant war.

After a defeat in Afghanistan that was criticized by both the left and the right in U.S. politics, some analysts believe that the Biden administration needs a foreign policy achievement, and in this regard, reviving the JCPOA could be reachable if the two sides show more flexibility in the Vienna talks. Restoring the deal could also reduce tension in the Middle East and prevent a significant war.

Although Israel is not privy to the secret negotiations, its efforts to reach out diplomatically with the U.S. and European countries is an influential factor in the conclusion of the talks. Moreover, Israel’s threats could amount to leverage against Iran to stop Tehran’s nuclear advances during negotiations.

Still, it will not be smooth sailing. The strategy of the maximum pressure left over from Trump’s policies has not successfully collapsed Iran’s resistance. As a result, according to some reports, Biden has agreed to evaluate other options against Iran if diplomacy fails.

Recently, Iran has signaled its interest in a compromise over monitoring its nuclear program amid negotiations and reports of new uranium enrichment efforts. The International Atomic Energy Agency (IAEA) reported that Iran gave the IAEA permission to replace the monitoring system in a nuclear site in the Iranian city of Karaj that was destroyed when the site was sabotaged in June this year. Iran's new flexibility in allowing access to its sites could be a positive signal in reaching a deal.

Iran has also repeatedly stated that removal of all nuclear and non-nuclear sanctions is required for it to comply with the JCPOA. It remains to be seen if Washington is ready to lift some of the crippling sanctions against Iran to reach a deal, or if Biden will allow Tehran to enrich higher-grade uranium and increase the possibility of a military crisis. Only time will tell.

Journalist and analyst in international affairs and foreign policy, based in Mashhad, Iran
RECOMMENDED