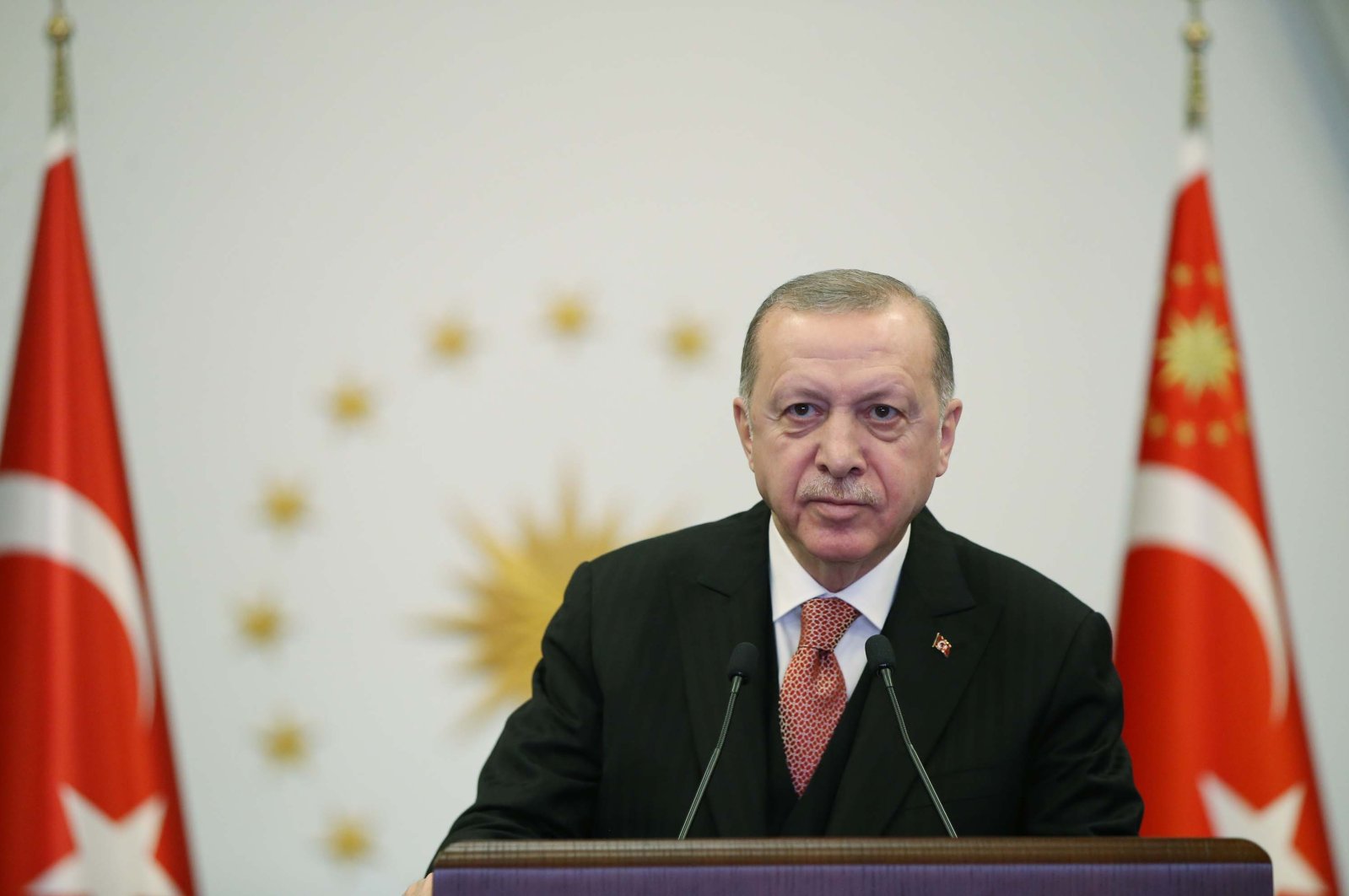 According to Turkey's declaration of will, 1.92 billion cubic meters of greenhouse gases will be prevented from being released into the environment until 2030, President Recep Tayyip Erdoğan said Thursday during his address at the 2021 Leaders Summit on Climate.

In his video message, he added that Turkey will continue to contribute to global climate action on equal terms with countries of similar economic standing.

Stating Turkey had almost no historical responsibility for the current climate crisis, Erdoğan said that the country should be evaluated from a fair perspective in the global climate regime.

He also said that strategic cooperation on the global level is very important for green transformation and other fields of the environment.

Earlier this year, Turkey released details of measures to curb the impact of climate change. It involves an action plan for an adaptation strategy to global phenomenon, support for environmentally-friendly production practices and investments, and the recycling of waste, among other steps.

Turkey has been party to a framework agreement by the United Nations on climate change and signed the Kyoto Protocol in 2009. One year later, it released strategy papers on the issue, and in 2011, the country released its first action plan against climate change. It started adapting regional action plans in the following years. The country was also a signatory to the Paris Agreement in 2016, though it has not ratified it yet, and in this framework, strives to curb its greenhouse gas emissions by at least 21% in the period between 2012 and 2030. Nongovernmental organizations (NGOs) in Turkey recently encouraged the government to ratify the Paris Climate Agreement.

U.S. President Joe Biden last month invited 40 world leaders, including Erdoğan to the first big climate talks of his administration, an event the U.S. hopes will help shape, speed up and deepen global efforts to cut climate-wrecking fossil fuel pollution. The summit "will underscore the urgency – and the economic benefits – of stronger climate action," the White House said in a statement. Biden on Thursday also pledged to slash U.S. greenhouse gas emissions by 50% to 52% from 2005 levels by 2030, an ambitious new target from the world's second-largest polluter ahead of the summit he hopes will spur the world to take action on climate change.