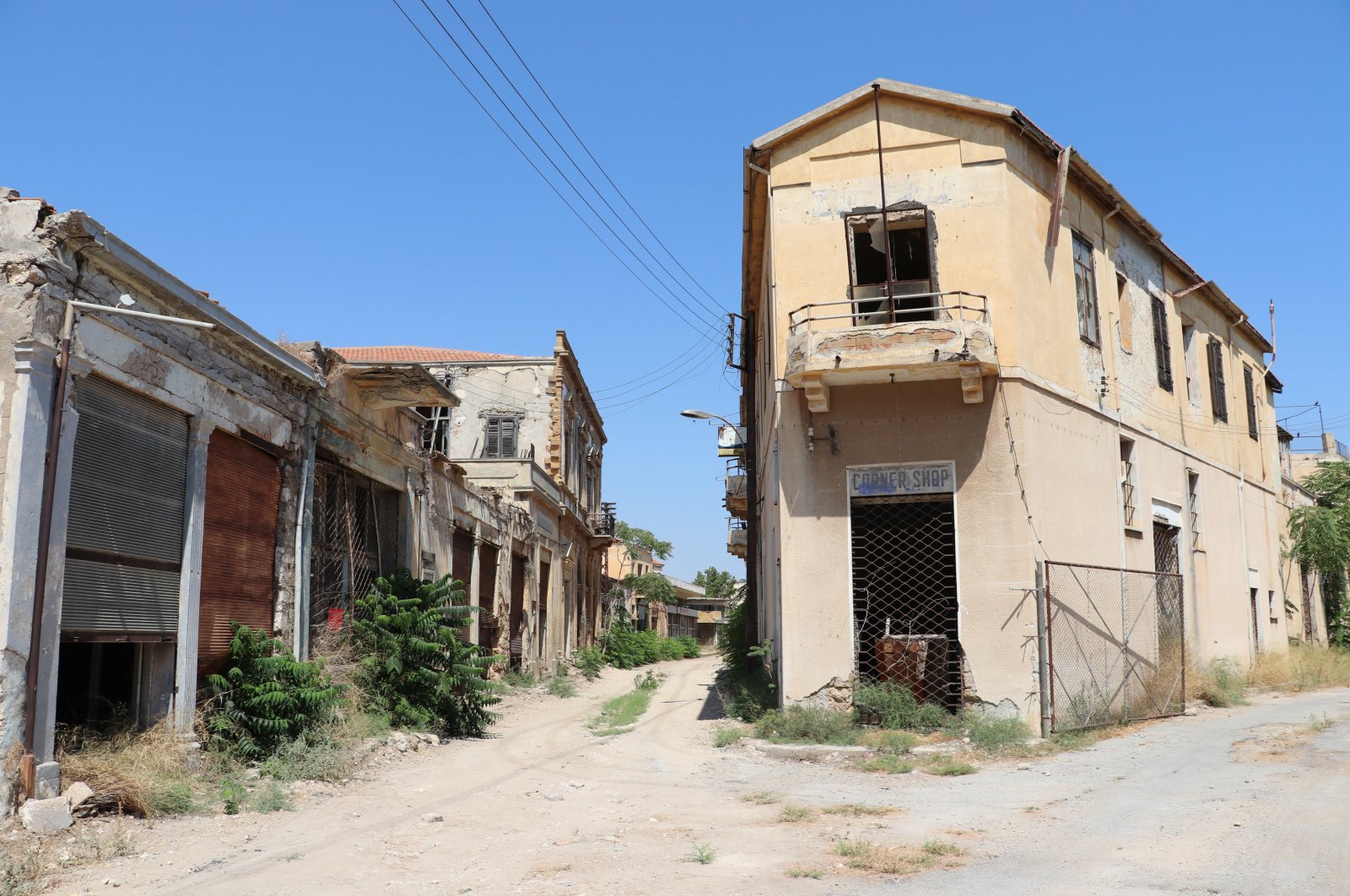 The European Union has voluntarily and consciously become party to the deadlock on the Cyprus issue by including the Greek Cypriots, who refuse to accept a solution on the island, Turkey's Vice President Fuat Oktay said Thursday.

Speaking to the Anadolu Agency (AA), Oktay emphasized that the closed ghost town Varosha (Maraş) is the territory of the Turkish Republic of Northern Cyprus (TRNC) and that the process of gradually coming to life will make important contributions to the region as well as everyone on the island.

"However, the EU has unfortunately turned its back on the facts and the common good in the Maraş issue, as it has on the two-sovereign solution." Oktay said adding: "We have never heard the European Union express deep concern about the dramas and humanitarian crises in the Mediterranean and the Aegean, or say 'never' to the escalating racism and anti-Islamism across Europe. However, when it comes to the equal rights, equity and sovereignty of the Turkish Cypriot people, they can speak very recklessly and insensitively."

"The Greek Cypriots and Greece have been rewarded every time, despite their reneging on all their promises, avoiding the table, violating the agreements and all kinds of spoilers that ignore the Turkish society, while the Turkish Cypriots have paid the price. Neither deep concerns nor veiled threats will prevent Turkey from being on the side of the Turkish Cypriots. Everyone should know that there is no turning back now. We will continue to support the TRNC's determination to open Maraş and the two-state solution without backing down," he further stated.

The biased position of the EU on the Cyprus issue makes it impossible to contribute to the solution, Turkey's Foreign Ministry said on Tuesday as it dismissed remarks made by the bloc's foreign policy chief Josep Borrell on the partial reopening of the Varosha region in the TRNC as being worthless.

Noting that the statement made by the U.N. Security Council (UNSC) about the second phase of the Varosha reopening was a complete disappointment and that it was obvious that the international community was taken hostage by Greece and the Greek Cypriot side, Oktay continued as follows: "We completely reject the statements that are incompatible with the facts about the island and based on unfounded allegations, not only the U.N. Security Council's but also the stance of some countries that have expressed an opinion on the issue. This effort of those who took the unfounded allegations made as a result of the black propaganda of the Greek administration and Greece, who wanted to put the process in a deadlock from the very beginning, as political material for themselves, is in vain."

"Since Varosha will be opened in accordance with international law and property rights, the 'transfer of the region to the U.N. administration' stipulated in the aforementioned resolutions in order to make this possible has lost its meaning. I would like to underline again that all the decisions taken by the TRNC within the scope of the Maraş initiative are within the framework of respect for property rights and are in full compliance with international law," he added.

The UNSC condemned the decision by Turkey and Turkish Cyprus to reopen a residential section of the abandoned suburb last week and called for its “immediate reversal," warning that it could raise tensions on the divided Mediterranean island. A presidential statement approved by all 15 council members at an open meeting reiterated that any attempt to settle any part of the Varosha suburb “by people other than its inhabitants is inadmissible.”

In response, Turkey's Foreign Ministry rejected the UNSC's statement as well as the "unfounded claims" of several countries on the reopening of Varosha in Turkish Cyprus.

"These statements are based on Greek-Greek Cypriot black propaganda and groundless claims, such as that Maraş is not TRNC territory, that the TRNC will confiscate the properties in Maraş and bring settlers there against the property rights," it added.

The UNSC statement on the reopening of the town of Varosha in Turkish Cyprus is an unprincipled statement meant to save the day in the face of pressures from the Greek Cypriots and Greece, the TRNC also said.

Emphasizing that UNSC resolutions are never above property and sovereignty rights, Oktay said: "Contrary to what is claimed, there is no violation of U.N. Security Council resolutions here."

Varosha was partially reopened to the public last October after being a "ghost town" since 1974.

Since its partial reopening, Varosha has attracted both people living in the TRNC as well as foreign tourists, with the environment and landscape around the town also boosting its appeal.

The locals of Gazimağusa (Famagusta) also believe that the gradual reopening of Varosha after being abandoned as a ghost town for 46 years will bring positive results to the region and the island of Cyprus.

It was abandoned after a 1984 UNSC resolution saying that only its original inhabitants can resettle the town.