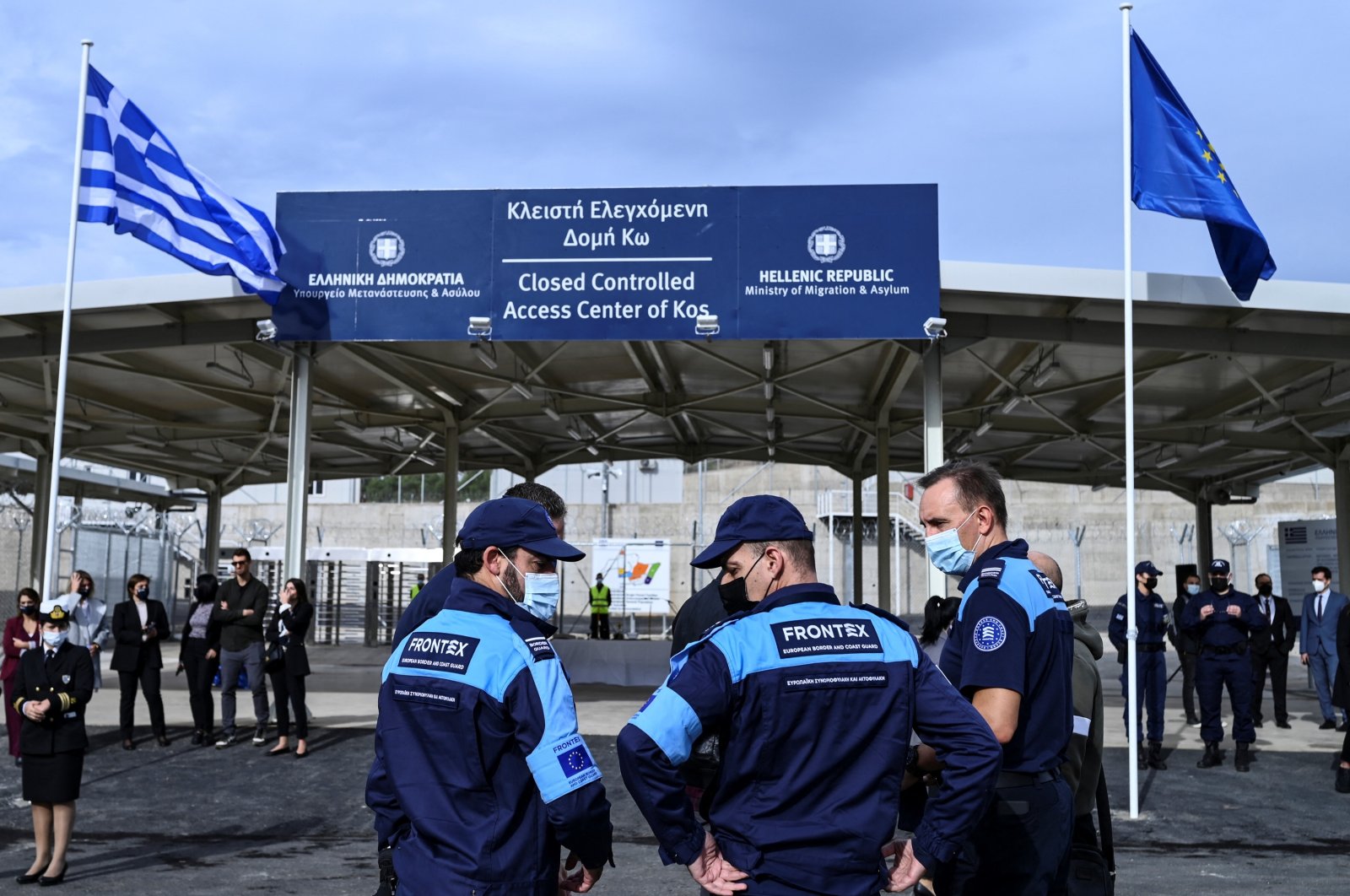 The story of a single man reveals Greece's brutal practices, including pushbacks against irregular migrants, as a European Union interpreter says that Greece expelled him to Turkey in a migrant roundup.

Pushbacks, inhumane practices and violence against migrants that Greece has committed in the name of the "fight against irregular migration" in recent years, have been documented once again. This single case echoes many calls from human rights groups and international organizations that Greek authorities often expel asylum-seekers indiscriminately and violently.

As the New York Times reported Wednesday, Greek border guards mistook the interpreter for an asylum-seeker in September, assaulted him and then forced him across the border into Turkey alongside dozens of migrants.

"His allegation is particularly problematic for Greek officials because he is a legal European Union resident employed by the E.U. border agency, Frontex," the report said underlining that he has turned over evidence to the agency to support his claims of abuse, according to European officials dealing with his case.

While the interpreter filed a complaint with Frontex, European officials confirmed this saying the complaint was being treated as credible because of the man’s position and the documentation he provided, including audio and video recordings.

As the victimized man told the New York Times, "he and many of the migrants he was detained with were beaten and stripped, and that the police seized their phones, money and documents ... He was taken to a remote warehouse where he was kept with at least 100 others, including women and children. They were then put on dinghies and pushed across the Evros (Maritsa also known as Meriç in Turkish) River into Turkish territory."

Ylva Johansson, the European commissioner for migration, said she called the interpreter on Friday to discuss his accusations. “After a direct, in-depth discussion with the person on Nov. 25, I was extremely concerned by his account,” Ms. Johansson said. “In addition to his personal story, his assertion that this was not an isolated case is a serious issue,” she added, saying he told her he had witnessed at least 100 migrants who were pushed over the border and sometimes roughed up.

A Frontex spokesperson said the agency was investigating the report and could not comment further as long as the investigation continues.

Greek Prime Minister Kyriakos Mitsotakis angrily defended Greece's controversial migration policy last month in a heated debate with a reporter who accused him of "narcissistic abuse" during a press conference with his Dutch counterpart in Athens. The reporter echoed the call of many rights groups and organizations urging Athens to stop lying and admit to the systematic policy of "cruel and barbarian pushbacks."

Mitsotakis, whose center-right New Democracy party came to power in 2019, continued to defend his government's controversial migration policy, calling it "tough but fair," and claimed Greece has been rescuing hundreds of people at sea since 2015 when it was on the front line of Europe's migration crisis.

In a recent report, the EU Agency for Fundamental Rights (FRA) revealed that migrants at the EU borders still face difficult conditions and violations of rights in detention and reception centers. The report also noted that pushing migrants back to Turkey has become the de facto border policy of Greece and that torture, ill-treatment and pushbacks continue.

It is also known that Frontex has been involved in Greek pushbacks against migrants. A joint investigation by several international news outlets reported in October 2020 that Frontex had been complicit in maritime pushback operations to drive away migrants attempting to enter the EU via Greek waters. A month later, Brussels-based news outlet EUobserver revealed that Frontex exchanged letters with Greek authorities about Athens' orders to push back migrants to Turkish waters.