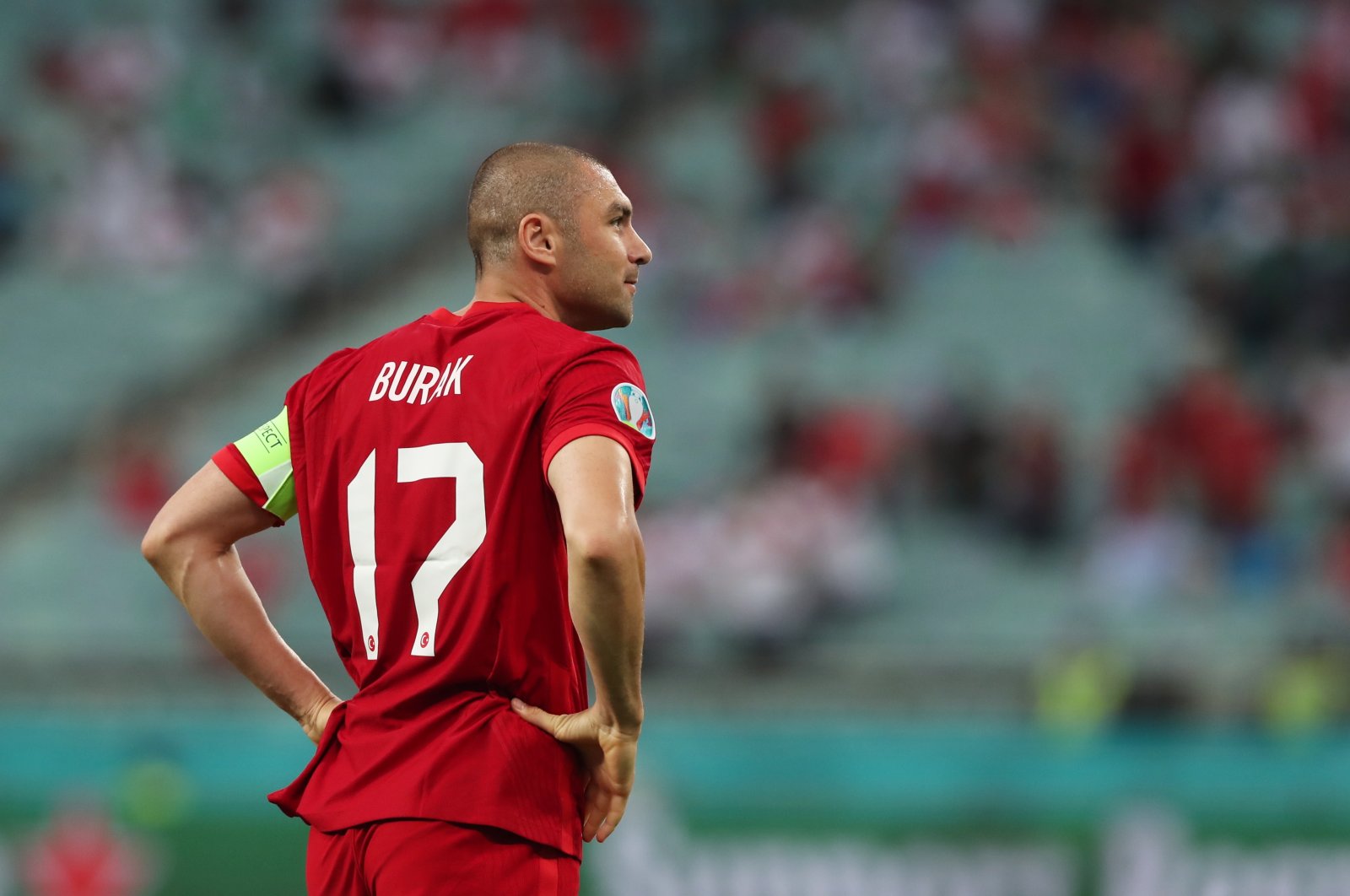 With its Euro 2020 campaign far from what was promised, Turkey needs a solid win against Switzerland if the team is to have any hope of advancing to the knockout stages

Turkey and Switzerland are preparing to face each other in their final Euro 2020 group match on Sunday, with both teams seeking to secure a first win that might give them a chance of securing a ticket to the round of 16.

Switzerland, which had high expectations from its experienced team, has only one point after drawing with Wales and taking a 3-0 drubbing from Italy in its second game.

Turkey, which three months ago sent out a signal of potential by beating the Netherlands 4-2 in a World Cup qualifier, has lost to both Italy and Wales and is yet to score a single goal.

Switzerland could still finish second in the group but would need Wales to lose to Italy in Rome at the same time.

It would also need to have a better goal difference.

Turkey's best option to advance is as one of the four best third-placed teams, as it has already missed the top two spots.

For the Swiss, their slovenly start has been sobering.

Captain Granit Xhaka suggested before the tournament the side could go all the way to next month’s final, given the team's considerable experience and time spent together at previous major tournaments. Switzerland was eliminated in the round of 16 at the last two World Cups as well as Euro 2016 in France.

But the team has looked lethargic and unconvincing and, after being swept aside by Italy, faced heavy home criticism.

To stand any chance, Switzerland needs to put behind it the shock of Wednesday's loss in Rome and not suffer what Turkey coach Şenol Güneş said befell his team when it was beaten by Wales earlier the same day.

"I don’t think we ever got over the shock of the first game," he said of Turkey's 3-0 defeat to Italy in the tournament opener last Friday.

Asked whether his tactics played a role in the two losses, Güneş said: "You can add the inexperience to the mix, the lack of physical power, and the will to fight one on one with each player."

"At the end of the day, I am observing a weight on the shoulders of the team and we failed to boost their confidence to take it off of them."

Earlier in the weekend, Spain will face Poland in its second Euro 2020 match on Saturday, with coach Luis Enrique’s men looking to set things straight before their campaign completely derails.

Spain showed a real lack of cutting edge in its opening 0-0 draw with Sweden but there is little chance of the team veering from its usual strategy when it faces Poland.

Spain made a tournament record 917 passes against Sweden but failed to muster a goal from 85% possession of the ball as it struggled to find a way through its opponent’s rigid defensive lines.

Coach Enrique has proudly pledged to adopt the same tactics against Poland, saying "we try to play the same way in every match" and the only change he will ask of his players is to be more clinical in front of goal.

Striker Alvaro Morata became a scapegoat for the Seville crowd when he missed a one-on-one against Sweden yet it would be no surprise to see the famously stubborn coach keep faith in the forward.

His teammates have been doing their best to keep Morata's spirits up.

"All of us are responsible for attack and defense and he made some very good interventions in defense. I grew up with him and he's a spectacular player, his numbers show that," midfielder Pablo Sarabia told reporters on Thursday.

Poland will be equally keen to improve after losing 2-1 to Slovakia to sink to the bottom of Group E, although Sarabia still expects Poland to mimic the tactics Sweden employed so effectively.

Spain should also beware of conceding any chances to the Poles and in particular Robert Lewandowski, who is likely to be more ruthless in front of goal than Sweden's Marcus Berg, who squandered a huge chance to score in one of few forays forward.

"We're expecting a team that will sit way back but who have great players up front. I'm sure they're going to demand a lot of us," added Sarabia.

"They might copy how Sweden played but we know what we're good at doing and we're going to try and get the most out of the way we play.

"It's difficult to play against a team where everyone defends in their own half but that's where we need to show quality, be patient and wait for gaps to appear."

Poland will be without holding midfielder Grzegorz Krychowiak after he was sent off against Slovakia while Spain is hoping to be boosted by the return of captain Sergio Busquets.

Busquets has been isolating back in Barcelona after testing positive for COVID-19 on June 6 but has been asymptomatic and is expected to return to the team's camp in Madrid by Friday.