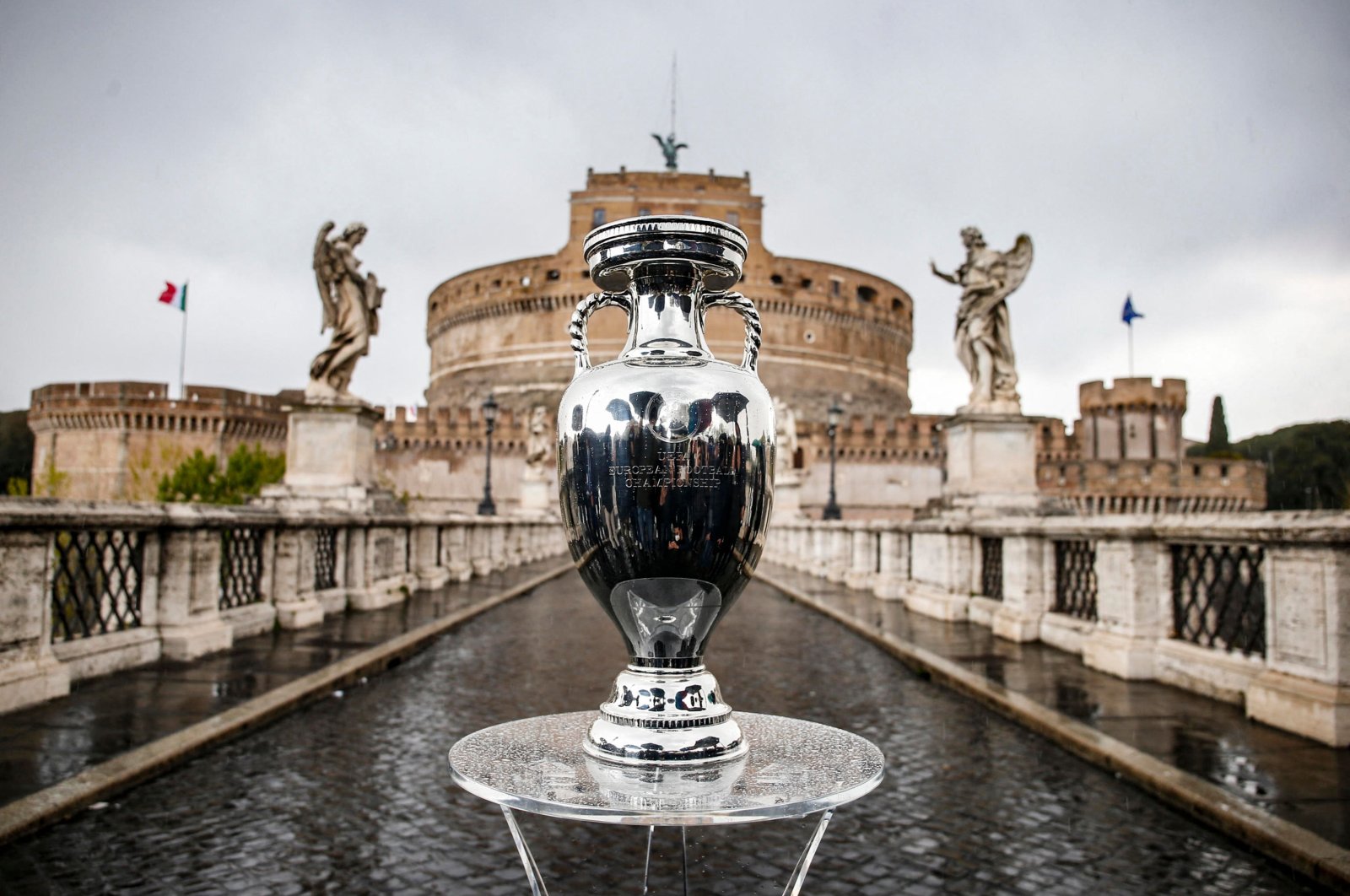 The Euro 2020 finally gets underway next week when Italy faces Turkey in Rome on June 11 after the pan-European format has had its share of controversy, delay and challenges.

Following the unprecedented decision to postpone the competition in March last year at the start of the pandemic, the health crisis is not over and COVID-19 will continue to cast a shadow over this European Championship.

However, five years after Portugal overcame an injury to Cristiano Ronaldo to defeat France and win Euro 2016 in Paris, and three years after the French won the World Cup in Russia, anticipation in Europe is now building toward another major tournament summer.

There is no shortage of candidates among the 24 nations, not least France as it looks to repeat the feat of two decades ago when it followed winning the 1998 World Cup with victory at Euro 2000.

That this Euro is taking place in 11 cities across 11 different countries is down to a Frenchman – it was the "zany" idea of Michel Platini during his time as president of UEFA.

There were initially 13 host cities before Brussels was sidelined and before the pandemic intervened. In April Dublin and Bilbao were dropped too.

Neither the Irish government nor authorities in the Basque Country were able to assure UEFA that fans could attend. Seville replaced Bilbao while Dublin's games went to London and St. Petersburg.

The remaining venues – Amsterdam, Baku, Bucharest, Budapest, Copenhagen, Glasgow, London, Munich, Rome – have all confirmed fans will be allowed to fill between 25 and 100% of capacity, with the exception of Munich, which said it aims to host at least 14,500 fans at the Allianz Arena.

UEFA has insisted on having spectators despite ongoing challenges for governments, the different health situations from one country to the next and the threat of more contagious variants.

That is why Munich's mayor, Dieter Reiter, said in April there had been "no promises, of any kind, to guarantee spectators."

Despite it all, UEFA president Aleksander Ceferin has been bullish, insisting Euro 2020 will be safe.

"It will be the perfect opportunity to show the world that Europe is adapting. Europe is alive and celebrating life. Europe is back," he said recently.

However, no travel exemptions are necessarily being made for ticket-holders, meaning those entering countries from abroad could have to quarantine on arrival. They may simply not be allowed in at all. Fans who are able to get in will be assigned time slots to arrive at stadiums.

Croatia and the Czech Republic have abandoned plans to base themselves in Scotland because the Scottish government's coronavirus quarantine rules meant their entire squad risked having to isolate if one player tested positive.

Fatigue after a long season may also impact on the quality of football, but competition for the title will be fierce.

France has Karim Benzema back after a long international exile and they look a fearsome proposition as they target a tournament double.

"There are obviously big expectations after the success we have had and that is the aim of this squad, of this generation," coach Didier Deschamps told Agence France-Presse (AFP) recently.

An England side, who has the carrot of knowing both semifinals and the final will be played at home, is a genuine threat, and then there are the usual contenders like Spain, Italy, Germany and Belgium, as well as a revitalized Netherlands.

There is also the holder. "For a long time now we have gone into tournaments not just to compete but to win," Portugal coach Fernando Santos told A Bola.

They won't be going into many more tournaments with Ronaldo, who is 36 now.

Portugal's group, also containing France and Germany as well as Hungary, will focus much attention in the first round, along with England's clash with Scotland at Wembley.

Scotland is just delighted to be at a major tournament for the first time in 23 years.

England, meanwhile, is yet again going into a summer dreaming of a first title since winning the 1966 World Cup at Wembley, where this year's final will take place on Sunday, July 11.