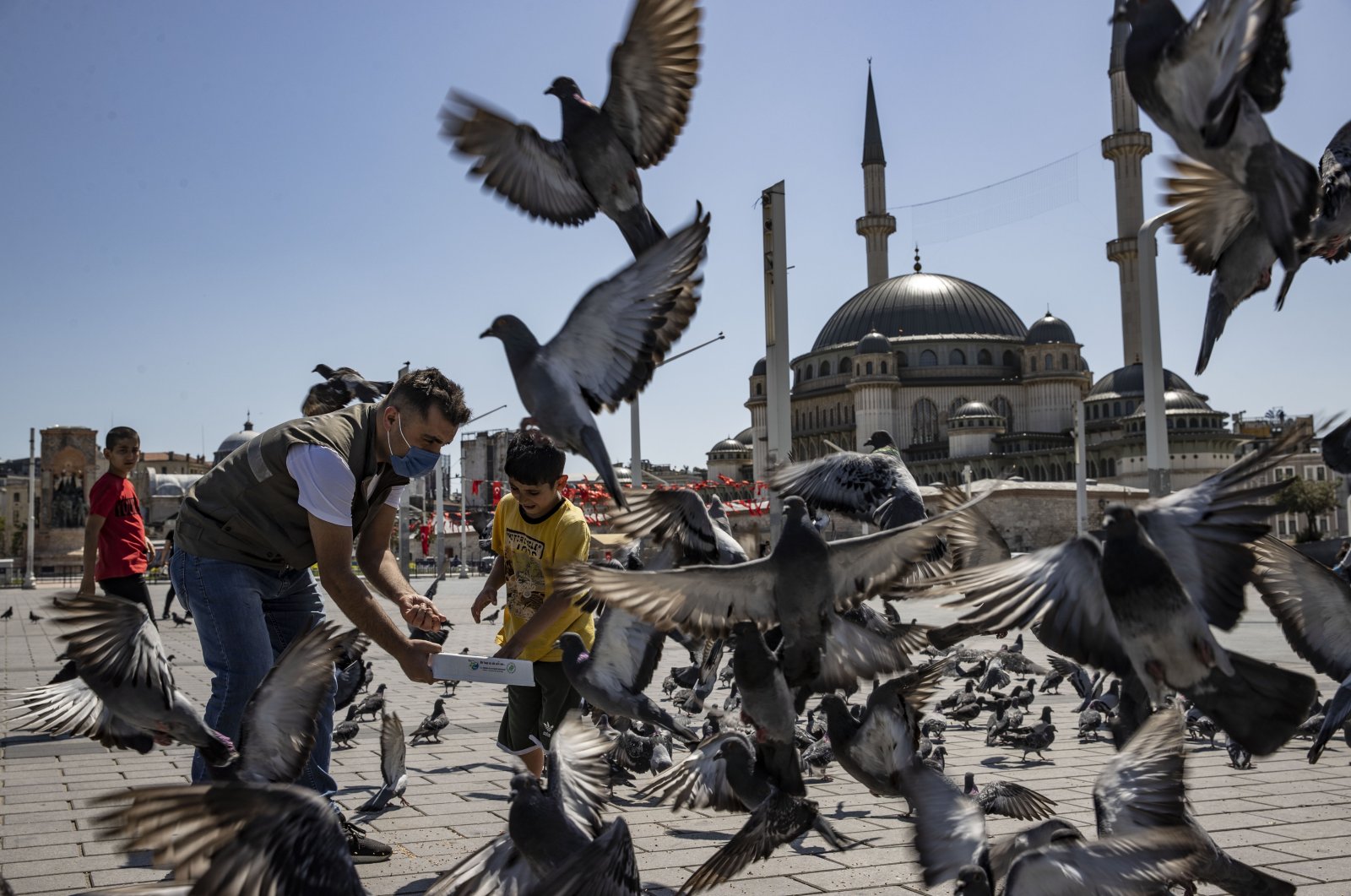 The number of new coronavirus infections has rapidly decreased in Turkey after the 17-day total lockdown, and over 27 million vaccines have been administered. Meanwhile, the co-founder of BioNTech has announced the good news that 120 million more vaccine doses are coming

Turkey has seen fewer than 10,000 new COVID-19 daily cases for the first time since March 1, Health Minister Fahrettin Koca announced as the 17-day total lockdown ended, marking a key milestone in the country's fight against the coronavirus. Meanwhile, the country has administered over 27 million vaccine doses so far and is awaiting the shipment of a further 120 million Pfizer-BioNTech doses by the end of September.

After a meeting of the country's scientific committee, Koca told a press conference that the number of daily cases fell below 10,000 after a 17-day lockdown, which ended early this week.

He stressed that Turkey has the potential to vaccinate more than 1.5 million people per day.

Koca added that Turkey could start Phase 3 studies of its national COVID-19 vaccine at the beginning of June.

If the studies conclude successfully, national vaccines may be used with emergency use approval by September, Koca added.

Turkey will continue vaccinating people gradually, going down to age 20 in June if there is no problem with vaccine supplies, he added.

Turkey will continue its fight against the pandemic with widespread vaccination and personal precautions such as wearing masks and maintaining social distance, he said.

Turkey has administered over 27 million doses of COVID-19 vaccines since the launch of a mass vaccination campaign on Jan. 14, according to official figures.

As of Saturday, more than 15.87 million people have received their first doses, while over 11.87 million have been fully vaccinated, according to the Health Ministry data.

The ministry also confirmed a total of 8,697 new cases, including 835 symptomatic patients, across the country in the past 24 hours.

Turkey's overall case tally is now over 5.17 million, while the nationwide death toll reached 46,071 with 231 more fatalities over the past day.

As many as 14,472 more patients won the battle against the virus, taking the total number of recoveries over 5 million.

Over 52.1 million coronavirus tests have been done to date.

The latest figures show that the number of COVID-19 patients in critical condition stands at 1,876.

Turkey to get 120M Pfizer-BioNTech doses

The scientist said in the call that they will supply 120 million doses of the COVID-19 vaccine by the end of September.

"We will work day and night to send vaccines to Turkey on time," Şahin, who hails from a Turkish family that immigrated to Germany, added during the videoconference.

Stressing that he was "proud" as a Turk when he heard about the vaccination work in Turkey, Şahin said they want to both produce vaccines and do research and development in Turkey.

Underlining that they tried the vaccine on more than 30 virus variants, Şahin said it also works against mutations.

"We also tested the Indian mutation this week. Our vaccine has 25%-30% efficiency against the Indian variant. We expect 70%-75% protection from infection," he said.

Stressing that high antibodies are achieved after the first dose of the Pfizer-BioNTech COVID-19 vaccine in those who are infected, Şahin said that this antibody level is the same as people who were not infected and got two vaccine doses.

He suggested that third doses should be given in 2022, six to nine months after the second doses.

Koca also noted that the ministry expects the Turkish population to have developed public immunity against the virus before September with the help of the incoming doses. The health minister added that they had invited Şahin to Turkey at the beginning of June.

The country once ranked sixth in terms of vaccination in the world, but the drive has somewhat slowed down. Experts tie it to challenges in vaccine deliveries, something the health minister recently has partly acknowledged. But authorities are also concerned that vaccine skeptics may be affecting the inoculation drive.

Turkey started a gradual normalization process last Monday from a 17-day lockdown after the measures led to a drop in cases nationwide.

Until June 1, the country will enforce weeknight curfews from 9 p.m. to 5 a.m., while weekends are under full lockdown.

Since December 2019, the pandemic has claimed over 3.41 million lives in 192 countries and regions, with nearly 165 million cases reported worldwide, according to figures compiled by the United States' Johns Hopkins University.

The U.S., India and Brazil remain the worst-hit countries in terms of the number of infections.