Pandemic 2.0: The do's and don'ts of Ramadan for expats 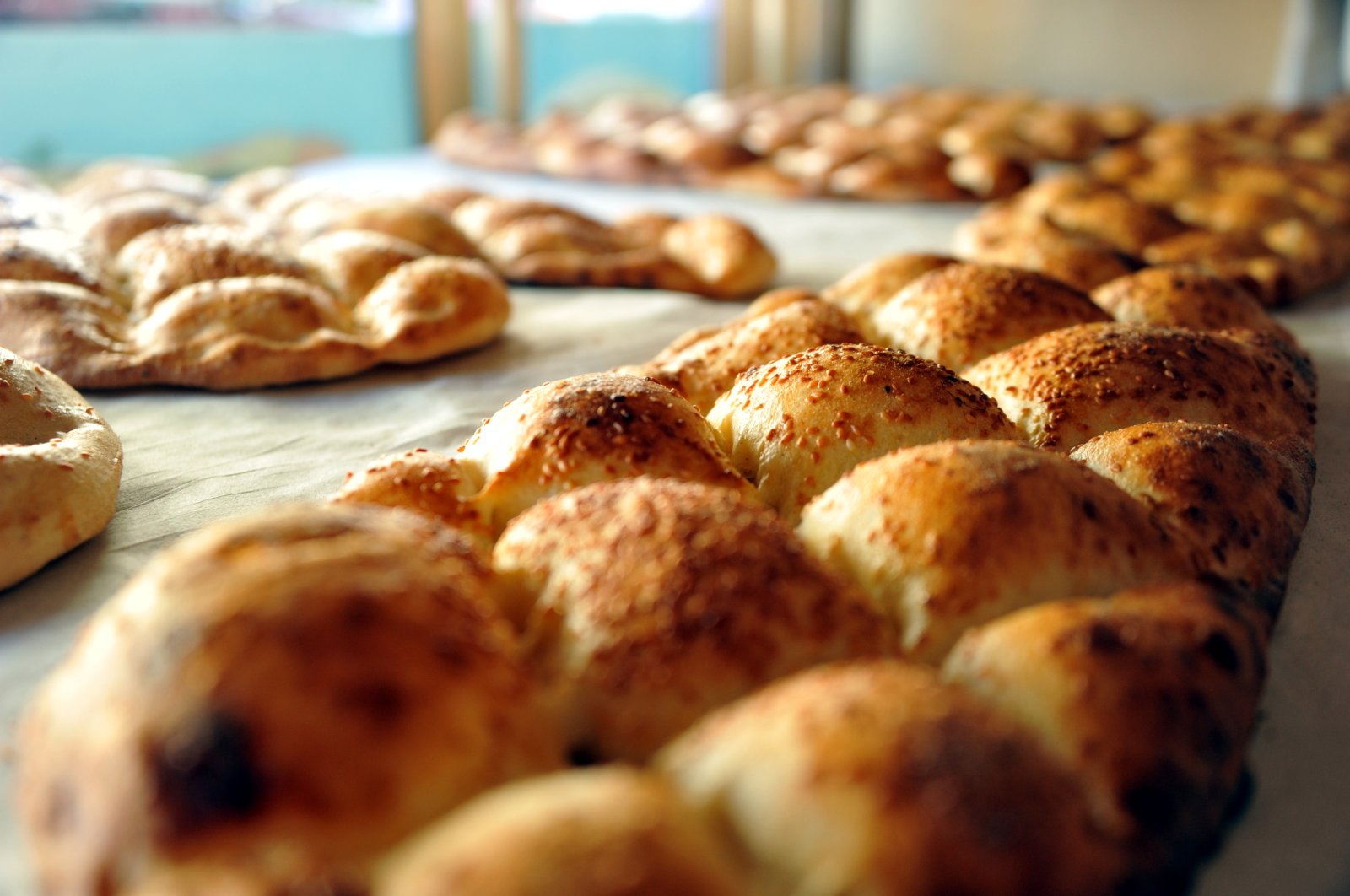 Several special round baked flatbread referred to as the Ramazan pide, made from an oven-baked enriched dough and sprinkled with nigella and sesame seeds on top, sit on a counter in Tokat, Turkey, April 13, 2021. (AA Photo)
by Leyla Yvonne Ergil Apr 15, 2021 2:15 pm

The Islamic world started its second pandemic-ridden holy month of Ramadan in a row, but there are still traditions to uphold, so here's somethings you should know about this special month

Last Tuesday, Turkey and the greater Islamic world embarked upon the largest communal fasting ritual in history. For 30 days and nights, devout Muslims will take part in a time-restricted fasting tradition, which dictates nothing is to be consumed from dawn to dusk. This means, no water or other beverages, no food and no smoking from sunrise until sunset. At approximately 8 p.m. every day Muslims will break their fast with the “iftar” meal followed by the early morning “sahur” before starting the daily fast at around 4 a.m. While it may feel like a sacrifice to some, this is a time of introspection, gratitude and being charitable to others.

This year’s holy month of Ramadan began on April 12 and will end on May 11 followed by the three-day Ramadan Bayram, also known as Eid al-Fitr and Şeker Bayramı in Turkey, “şeker” meaning sweets. While the 30-day duration of fasting is not an official holiday, Şeker Bayramı is, and it is traditionally a time in which elder family members are paid visits and younger members are given gifts, but the bottom line is that family, neighbors and loved ones tend to come together at this time.

Unfortunately, yet understandably, this year things will be a bit different due to the ongoing COVID-19 pandemic, and certain traditions will not take place for safety reasons. This includes taking part in the Tarawih prayer ceremony at mosques and attending iftar dinners with others outside of the immediate family, both integral elements of this holy month. In the past, municipalities, businesses and individuals would host elaborate fast-breaking meals that were open to one and all, and everyone would sit together at long communal tables to break the fast as a community.

In Turkey, however, a series of measures were announced on Tuesday that has necessitated the curtailing of such joyous events and thus altering how Ramadan will be practiced this year. Some of the most striking amendments to the safety measures in place thus far include no more dining at cafes and restaurants, which are only open for take away or delivery, while the 9 p.m. curfew in place on weekdays has been brought down to 7 p.m. Both of these and in fact all of the measures now in place are in an effort to curb the further spread of the virus during this month that is traditionally centered on sharing meals with others. In past years, restaurants would offer elaborate iftar and sahur meals and people would scramble to get in line for freshly baked flatbread to share at a dinner with family and loved ones.

The mention of lines to buy bread may seem trivial, but trust me it is not, as this is the only month a very special round flatbread referred to as the Ramadan pide is made from an oven-baked enriched dough and sprinkled with nigella and sesame seeds on top. It used to be tradition to line up for this beloved bread that would be sold straight out of the oven and still piping hot, just in time to make it to the table for iftar. This month with the curfew being brought down to 7 p.m., bread bakers have been encouraged to prepare the Ramadan pide earlier than usual and are required to finish baking the bread at least an hour before the fast-breaking meal begins.

One tradition that will not be foregone this year, however, is that of the dusk drummers tasked with wandering the streets and playing hand-held drums at around 3 a.m. and even earlier to wake people up for the predawn sahur meal. For foreign visitors, this can come as a rude awakening and if not informed, one could easily assume that a tribal war of sorts had begun in the neighborhood. It is customary to tip these drummers, who used to even pound on the door for the task, however this year it is advised that any tipping be done from the windows, when possible. Also, don't be surprised if you happen to hear a cannonball being fired at sunset as many towns and districts will do so in order to mark the start of the fast-breaking iftar.

Ramadan is based on the lunar calendar, which consists of 12 months and 354 days, meaning it is 11 days short of the Gregorian calendar we are used to. This means that not only do the dates in which Ramadan takes place change, moving back 11 days each year, but the precise time of the start and breaking fast also alters a few minutes each day. This holy month is considered the ninth in the Muslim calendar and taking part in the fast is one of the five pillars of Islam, along with faith, prayer, pilgrimage and alms, the latter of which is also a critical part of this annual custom.

A major part of the month of Ramadan is for those who have the means to pay “zakat,” which are alms for the less fortunate, and it can even be calculated as a percentage of annual income. Meanwhile, the fast is welcomed as a challenge by those who take part in it and is intended to offer insight into what life is like for the needy. Only those of sound body and mind are expected to fast, and pregnant women, the elderly, children and those that are chronically ill are all exempt from the practice.

The majority of the 1.8 billion Muslims worldwide will be taking part in the fast and thus as foreigners residing or visiting Turkey, it is important to be conscientious of this fact. While the fast is admittedly harder in summer than it is in winter because it both takes place over longer hours in the day and abstaining from water becomes increasingly difficult due to the heat, the fast at any time of year is still a sacrifice of our daily comforts.

Thus, be aware of this fact and that your visibly drinking water or consuming foods with wafting aromas will make the experience that much more challenging for your Muslim brethren. Muslims also choose to refrain from negativity such as arguing and gossip and thus it is important to make every effort to heed that fact and be extra understanding. It is also extremely welcoming to wish people a happy fasting experience by stating Ramadan Mubarak, which translates to “Have a blessed Ramadan.”