Biden to use different approach from Trump, Obama regarding N. Korea 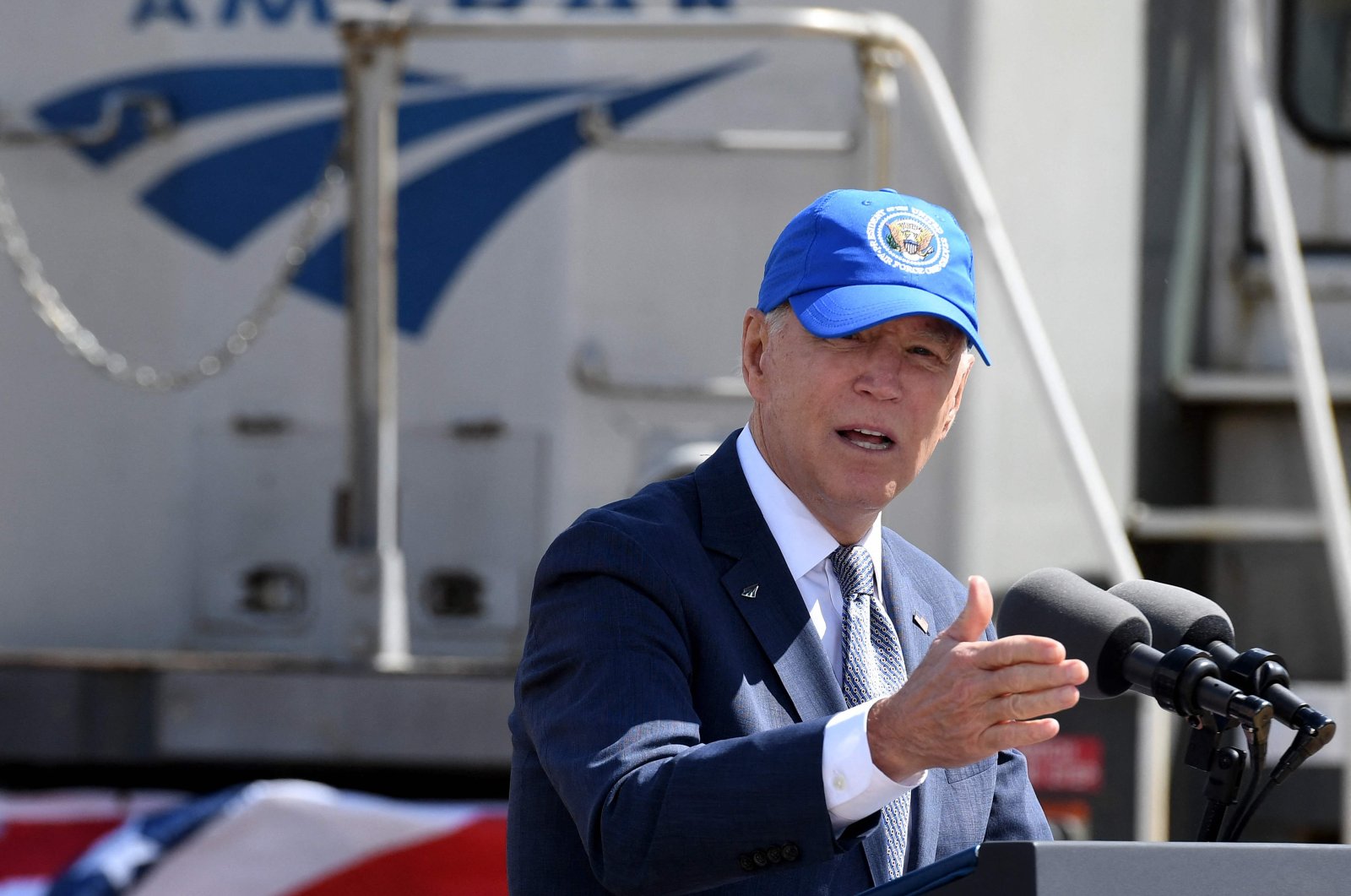 Press secretary Jen Psaki announced Friday that administration officials had completed a review of U.S. policy toward North Korea, seen as one of the greatest and most vexing national security threats facing the United States and its allies. Psaki did not detail findings of the review but suggested the administration would seek a middle ground between Trump's "grand bargain” and Obama’s "strategic patience” approaches.

"Our goal remains the complete denuclearization of the Korean Peninsula with a clear understanding that the efforts of the past four administrations have not achieved this objective,” Psaki told reporters on Air Force One as Biden traveled to Philadelphia.

The administration announced it would conduct the review soon after Biden took office in January. Psaki said officials consulted outside experts, allies and predecessors from several previous administrations as part of the process.

"Our policy will not focus on achieving a grand bargain, nor will it rely on strategic patience,” she said.

Biden, like his old boss Obama, has confirmed that he sees North Korea as perhaps the most delicate foreign policy quandary for the U.S. and its allies. But Psaki's comments suggest distancing from Obama's dual-track policy that kept engagement open for its good behavior while seeking to impose sanctions for its bad behavior.

The Biden administration also appeared to signal it is trying to set the stage for incremental progress, in which denuclearization steps by the North would be met with corresponding actions, including sanctions relief, from the U.S.

There was no mention of U.S. security guarantees for North Korea or a formal end to the Korean War, both of which had been demanded by the North and considered by the Trump team as part of a larger package.

The Biden administration is expected to be focused less on developing rapport with Kim and more on consulting with Japan and South Korea, both of which had looked askance at Trump’s attempts to cultivate Kim as a friend or elevate him to the level of an international statesman.

Secretary of State Antony Blinken is expected to discuss the outlines of the policy review and emerging strategy when he meets next week in London with his counterparts from the Group of Seven industrialized democracies, an organization that includes a number of NATO allies as well as Japan. South Korea and Australia are attending the meeting as guests.

The strategy will also be a major topic of conversation when Biden hosts South Korean President Moon Jae-In at the White House on May 21. Moon will be the second foreign leader to visit Biden in Washington, following the mid-April visit by Japanese Prime Minister Yoshihide Suga.

The last face-to-face talks between senior officials from the two countries were held in Sweden in October 2019, and efforts by the Biden administration to resume a dialogue have been rebuffed.

North Korea fired short-range missiles in March, just days after the sister of Kim Jong Un threatened the U.S. and South Korea for holding joint military exercises. Those tests were not prohibited under United Nations sanctions.

Days later, the North fired two short-range ballistic missiles into the sea in defiance of U.N. resolutions that ban such launches by North Korea.

The missile launches followed a trip by Secretary of State Antony Blinken and Defense Secretary Lloyd Austin to Japan and South Korea in March as Washington pushes to restore its alliances in Asia.

During the trip, Blinken sternly criticized North Korea’s nuclear program and human rights record and pressed China to use its "tremendous influence” to convince the North to denuclearize.