Europe starts vaccinations for kids as US sees 800,000 virus deaths 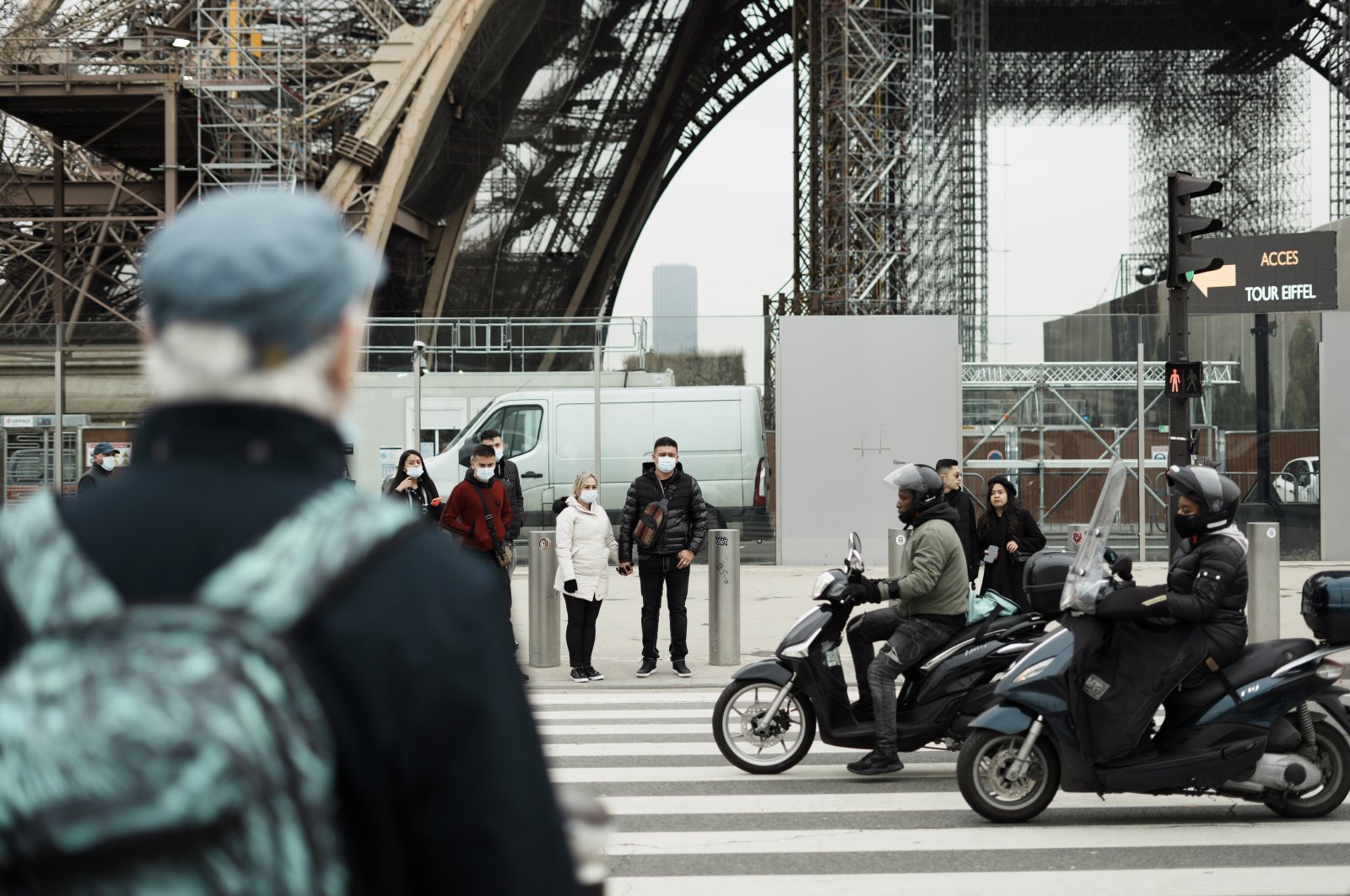 Europe has kicked off its vaccination program for young children amid a surge in coronavirus cases due in part to the omicron variant. The new strain may be behind the high infection rates the United States is grappling with as the country passes the grim milestone of 800,000 deaths

Several European nations started vaccinating children aged 5 to 11 against COVID-19 on Wednesday in an effort to contain a raging pandemic, while the death toll from COVID-19 in the United States topped 800,000, a once-unimaginable figure seen as doubly tragic since more than 200,000 of those lives were lost after the vaccine became widely available last spring.

The U.S. has the highest reported toll of any country. The U.S. accounts for approximately 4% of the world’s population but about 15% of the 5.3 million known deaths from the coronavirus since the outbreak began in China two years ago.

The true death toll in the U.S. and around the world is believed to significantly higher because of cases that were overlooked or concealed. A closely watched forecasting model from the University of Washington projects a total of over 880,000 reported deaths in the U.S. by March 1.

The number of deaths, as compiled by Johns Hopkins University, is about equal to the population of Atlanta and St. Louis combined, or Minneapolis and Cleveland put together. It is roughly equivalent to how many Americans die each year from heart disease or stroke.

U.S. President Joe Biden on Tuesday noted what he called a “tragic milestone.” He again called on unvaccinated Americans to get shots for themselves and their children, and urged the vaccinated to get booster shots.

“I urge all Americans: do your patriotic duty to keep our country safe, to protect yourself and those around you and to honor the memory of all those we have lost,” Biden said, according to The Associated Press (AP). “Now is the time.”

Health experts lament that many of the deaths in the United States were especially heartbreaking because they were preventable by way of the vaccine, which became available in mid-December a year ago and was accessible to all adults by mid-April of this year. About 200 million Americans are fully vaccinated, or just over 60% of the population. That is well short of what scientists say is needed to keep the virus in check.

When the vaccine was first rolled out, the country’s death toll stood at about 300,000. It hit 600,000 in mid-June and 700,000 on Oct. 1. The U.S. crossed the latest threshold with cases and hospitalizations on the rise again in a spike driven by the highly contagious delta variant, which arrived in the first half of 2021 and now accounts for practically all infections.

The vaccine is administered in a lower dosage than the Pfizer jab for over-12s, and comes in a pediactric vial with an orange cap to distinguish it from the purple-capped vials for older ages.

Denmark, which has seen a surge in cases attributed to the highly contagious new omicron variant, and some Austrian regions already began offering jabs to younger kids in November. The United States was the first large country to take the plunge and has so far vaccinated more than five million children aged 5 to 11.

"As soon as we offered the vaccine appointments, they were pretty much all snapped up," said Jakob Maske, a Berlin-based doctor and spokesperson for Germany's association of pediatricians. But he downplayed expectations of the kids' jabs heralding a turning point in the fight against COVID-19, at a time when Germany is battling a fierce fourth wave.

"Five to 11-year-olds only make up around 3% of the German population," he told AP, describing the kids' immunization impact as "a small cog" in the battle.

Germany's STIKO vaccine commission has officially only recommended the jab for children with preexisting conditions, but even healthy children will be inoculated if the parents request it. Some German cities plan to administer kids' jabs in museums and zoos, while others are mulling mobile vaccination teams outside schools. The head of Germany's teaching union, Heinz-Peter Meidinger, said a high take-up "would significantly increase the chance of keeping schools open as long as possible."

In Greece, more than 20,000 parents have booked vaccine appointments for their kids from Wednesday. Spain, which has one of Europe's highest COVID-19 vaccination rates, said it was launching its immunization campaign for 5 to 11-year-olds with the goal of breaking the chain of infection "in family settings, schools and the community." The country has around 3.3 million children within that age group.

A survey published by Appinio found that 74% of Spanish parents of 5 to 11-year-olds wanted to get their kids jabbed. Hoping to spur take-up, the Spanish government has released a television commercial showing kids getting the shot so they can "help end the virus and protect the elderly."

A number of European countries will launch similar vaccination drives in the coming days, including Italy, Portugal, Poland, the Baltic states and the Czech Republic, while others are still finalizing their plans.

In France, vaccination has only been approved for 5 to 11-year-olds at risk of developing serious illness, but the government has said it is considering extending it to all children on a voluntary basis. Belgium is awaiting the recommendation of its national health body, with a rollout likely around the new year. In Switzerland, the country's medical agency has greenlit the vaccination of kids, but the campaign itself will probably only start in early January. British regulators are still assessing whether to approve jabs for the 5-11 age group, with a decision likely before Christmas.

The calls by European governments to vaccinate as soon as possible intensified last month after the discovery of a highly transmissible COVID-19 variant, that was dubbed "omicron" by the World Health Organization (WHO), which warned Tuesday that strain is spreading at an unprecedented rate and has possibly affected most nations.

Omicron, first detected by South Africa and reported to the WHO on Nov. 24, has a large number of mutations, a fact that has caused alarm worldwide since its discovery. Early data suggests it can be resistant to vaccines and is more transmissible than the delta variant, which was first identified in India and accounts for the bulk of the world's coronavirus cases. WHO chief Tedros Adhanom Ghebreyesus told reporters the strain had been reported in 77 countries and "probably" spread to most nations undetected "at a rate we have not seen with any previous variant."

Omicron now accounts for around 3% of cases in the United States, a figure that is expected to rise rapidly as has been seen in other countries. Although Britain on Monday confirmed what is thought to be the world's first omicron death, there is no proof yet that the variant causes more severe illness.

The WHO on Tuesday provided room for cautious optimism saying Africa had recorded a massive rise in cases over the past week but a lower number of deaths compared with previous waves. But it urged countries to act swiftly to rein in transmission, protect their health systems and guard against complacency, as Agence France-Press (AFP) reported.

European Commission President Ursula von der Leyen said Wednesday that omicron is expected to be the dominant coronavirus variant in the 27-nation bloc by mid-January, amid concerns that a dramatic rise of infections will leave Europe shrouded in gloom during the festive season. The head of the EU's executive branch, however, said that the bloc is well prepared to fight omicron, with 66.6% of the European population now fully vaccinated against the virus.

Von der Leyen said she is confident the EU has the "strength" and "means" to overcome the disease, although expressing her disappointment that once again year-end celebrations will be disturbed by the pandemic.

"Like many of you, I'm sad that once again this Christmas will be overshadowed by the pandemic," she said, adding that the EU is now facing a double challenge, with a massive increase of cases in recent weeks due to the delta variant combined with the rise of omicron, as some member countries are already confronted with a record number of infections.

"We're seeing an increasing number of people falling ill, a greater burden on hospitals and unfortunately an increase in the number of deaths," she told European lawmakers ahead of Thursday's meeting of EU leaders in Brussels. Von der Leyen insisted that the increase in infections remains due "almost exclusively" to the delta variant.

Echoing von der Leyen's comments, German Chancellor Olaf Scholz vowed Wednesday that his new government will do everything for Germany to overcome the coronavirus pandemic and let people return to their normal lives.

"We have no time to waste," said Scholz, who took office as Germany grapples with its biggest wave of infections during the pandemic to date.

Scholz also said that the government won't tolerate a "tiny minority" of extremists trying to impose their will against coronavirus policies.