Omicron COVID-19 variant spread quickly to most nations: WHO 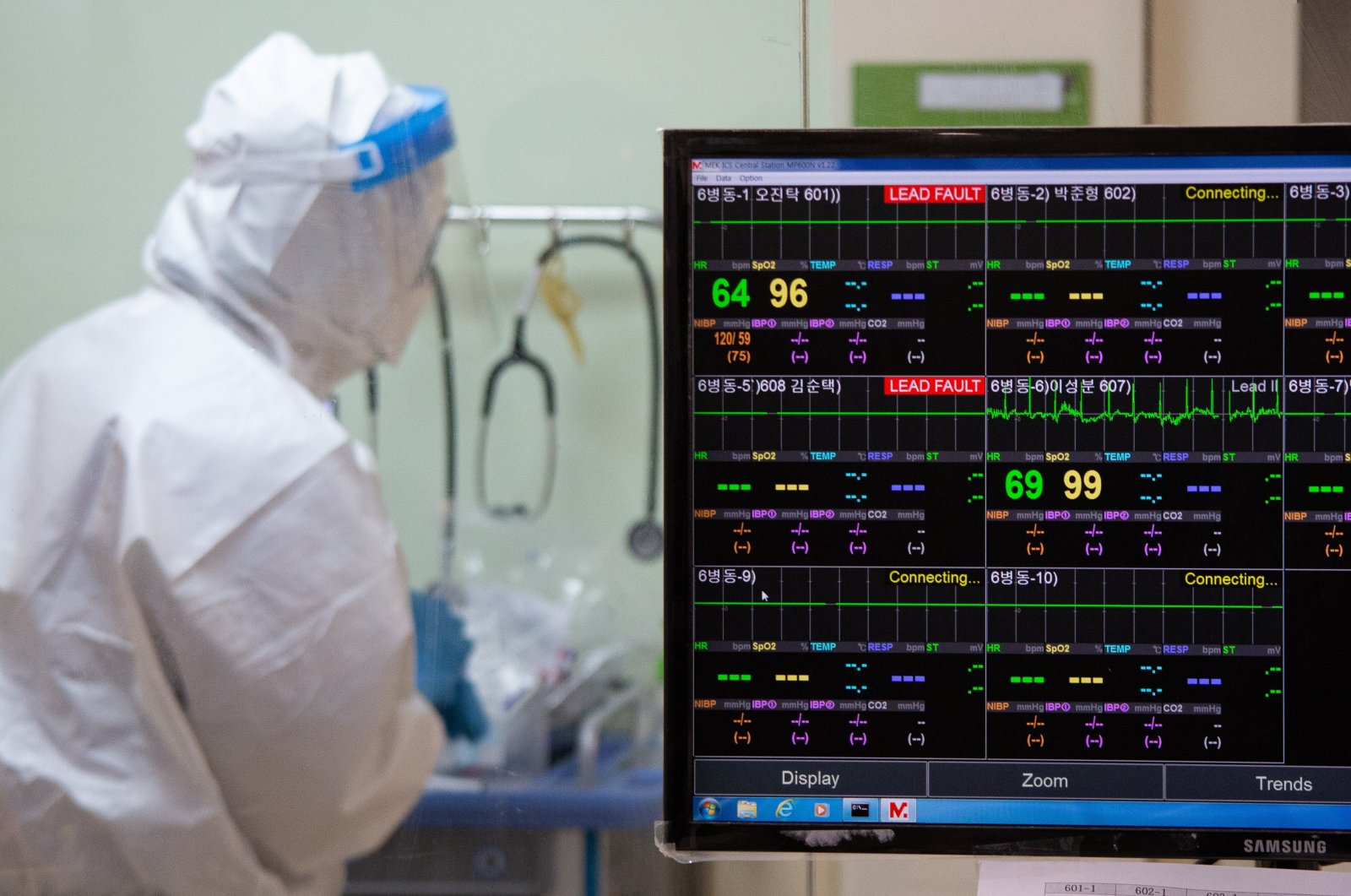 The omicron variant of the coronavirus has spread at an unprecedented rate and has possibly affected most nations, the World Health Organization (WHO) warned late Tuesday.

Omicron, first detected by South Africa and reported to the WHO on Nov. 24, has a large number of mutations, a fact that has caused alarm worldwide since its discovery.

Early data suggests it can be resistant to vaccines and is more transmissible than the delta variant, which was first identified in India and accounts for the bulk of the world's coronavirus cases.

WHO chief Tedros Adhanom Ghebreyesus told reporters the strain had been reported in 77 countries and "probably" spread to most nations undetected "at a rate we have not seen with any previous variant."

Omicron now accounts for around 3% of cases in the United States, a figure that is expected to rise rapidly as has been seen in other countries.

The U.S. is the nation hit hardest by the pandemic, and it crossed 800,000 known COVID-19 deaths on Tuesday, according to a Johns Hopkins University tracker.

Although Britain on Monday confirmed what is thought to be the world's first omicron death, there is no proof yet that the variant causes more severe illness.

The WHO on Tuesday provided room for cautious optimism saying Africa had recorded a massive rise in cases over the past week but a lower number of deaths compared with previous waves. But it urged countries to act swiftly to rein in transmission, protect their health systems and guard against complacency.

WHO expert Bruce Aylward strenuously warned against "jumping to a conclusion that this is a mild disease."

"We could be setting ourselves up for a very dangerous situation."

The warning came as Pfizer on Tuesday said clinical trials of its COVID-19 pill reduced hospital admissions and deaths among at-risk people by almost 90%.

The American drugmaker said its new treatment, Paxlovid, held up against omicron in lab testing.

Chief executive Albert Bourla called the news a "game-changer" and said he expected approval from the U.S. medicines regulator as early as this month.

"This news provides another potentially powerful tool in our fight against the virus, including the omicron variant," added U.S. President Joe Biden.

A real-world study from South Africa has shown two doses of the Pfizer-BioNTech vaccine were 70% effective in stopping severe illness from omicron.

Researchers called the results encouraging, though it represented a drop compared with earlier strains, underlining the threat of the coronavirus.

And the WHO added that low vaccination rates in regions including Africa, where omicron was first detected, would provide breeding grounds for new variants of the virus, which has known to have claimed more than 5.3 million lives around the world.

Europe is the global coronavirus hotspot, recording 62% of the world's total cases in the past seven days, while the five countries with the world's highest infection rates are all European.

The Netherlands followed other European nations in reintroducing restrictions on Tuesday as Prime Minister Mark Rutte announced primary schools will shut next week and a night-time lockdown will be extended over omicron fears.

Schools will close from Dec. 20 instead of on Dec. 25 due to concerns that children, among whom infection rates are the highest, could pass it on to older relatives.

France on Tuesday registered 63,405 new coronavirus cases – its highest daily total since April – even with more than 77% of its population has had at least one shot.

In neighboring Britain, the ruling Conservative government on Tuesday suffered a major parliamentary rebellion as almost 100 of its members of Parliament rejected new restrictions as the country responds to omicron.

But many parliamentarians from his own party believe the measures, which only passed with opposition support, are excessive and undermine basic freedoms.

Scientists have predicted the true number already infected with omicron in Britain could be as high as 200,000 a day, while the English Premier League reported a record caseload that threatened further disruption to fixtures.