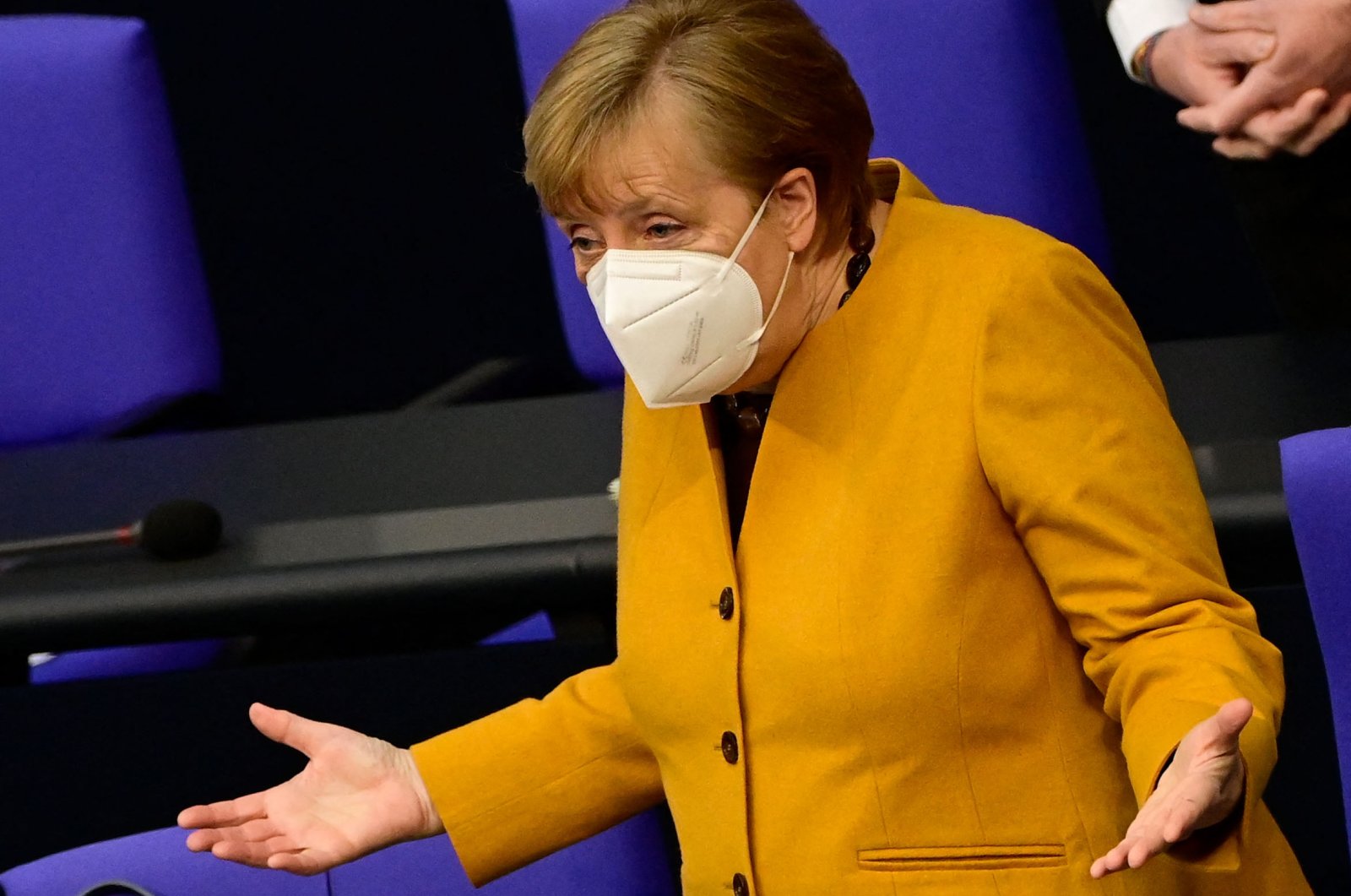 German Chancellor Angela Merkel on Wednesday dropped plans for a five-day shutdown over Easter, which had prompted confusion and criticism, and called the idea a mistake and apologized to Germans.

Merkel announced the decision after a hastily arranged video conference with Germany’s 16 state governors, who are responsible for imposing and lifting restrictions. The same group, faced with rising coronavirus infections, had come up early Tuesday with the unexpected plan for tighter restrictions over Easter.

The plan was to make Thursday next week, the day before Good Friday, a "rest day,” with all shops closed, and allow only supermarkets to open on Easter Saturday. Since the Friday and Monday are already national holidays, that would have created a five-day shutdown of public life, on top of existing lockdown restrictions, which were extended through April 18.

The plan raised many logistical and legal questions, and also was criticized because there was no public discussion of it before it emerged Tuesday.

"The idea of an Easter shutdown was drawn up with the best intentions, because we must urgently manage to slow and reverse the third wave of the pandemic,” Merkel said and added, "However, the idea ... was a mistake, there were good reasons for it but it could not be implemented well enough in this short time.”

"This mistake is my mistake alone because in the end, I bear ultimate responsibility for everything,” she told reporters. "A mistake must be called a mistake, and above all, it must be corrected – and if possible, that has to happen in time.”

"At the same time, of course, I know that this whole matter triggers more uncertainty. I regret that deeply and I apologize to all citizens,” she said. Merkel then extended the apology to Parliament in a previously scheduled question-and-answer session.

It was well-received by some opposition lawmakers, following months of criticism of finger-pointing between federal and regional officials.

Marco Buschmann, the pro-business Free Democrats' chief whip, said Merkel's apology won "broad respect” but pressed her to turn to Parliament to manage the pandemic rather than making decisions with small groups of officials. Merkel responded that the negotiations with state governors are necessary.

Infection numbers in Germany have been rising again as the more contagious virus variant first detected in Britain has become dominant in the country. Germany has registered more than 75,000 deaths since the outbreak of the pandemic a year ago.

The country’s disease control center also reported 15,815 new confirmed daily cases Wednesday, up from 13,435 new daily cases a week ago. Merkel said, even without the Easter shutdown, the decisions that she and the state governors came up with offer a "framework” to beat back the new wave of COVID-19 infections.

Restaurants, bars and many leisure facilities remain closed. A plan drawn up earlier this month to allow limited reopenings of shops, for example, features an "emergency brake” under which regions are supposed to reimpose restrictions when the number of weekly infections exceeds 100 per 100,000 residents on three consecutive days.

Merkel's about-turn came as polls show declining support for her center-right Union bloc, which benefited from her perceived good management of the pandemic last year. It has been weighed down of late by a scandal over alleged profiteering from mask-procurement deals by a few lawmakers.

Meanwhile, Germany’s vaccination campaign has made a slow start, with 9.5% of the population receiving at least a first shot and 4.2% receiving both doses by Tuesday, as the European Union continues to struggle with procuring enough vaccine doses. In contrast, U.K. authorities reported that 54% of its population has had at least one vaccine shot.

The shortages led to rising tensions between the European bloc and the U.K. with the EU threatening to block vaccine exports as it wants AstraZeneca to honor its contract. British Prime Minister Boris Johnson spoke on Sunday to Merkel and French President Emmanuel Macron to steer the union away from bans before a summit on Thursday between EU leaders to discuss the situation.

German authorities have vowed to speed the inoculation campaign up as more doses become available and to expand testing.

"I am deeply convinced that we will beat the virus together,” Merkel said. "The path is hard, and it is stony. It is marked by successes but also by mistakes and setbacks. But the virus will slowly but surely become less threatening.”