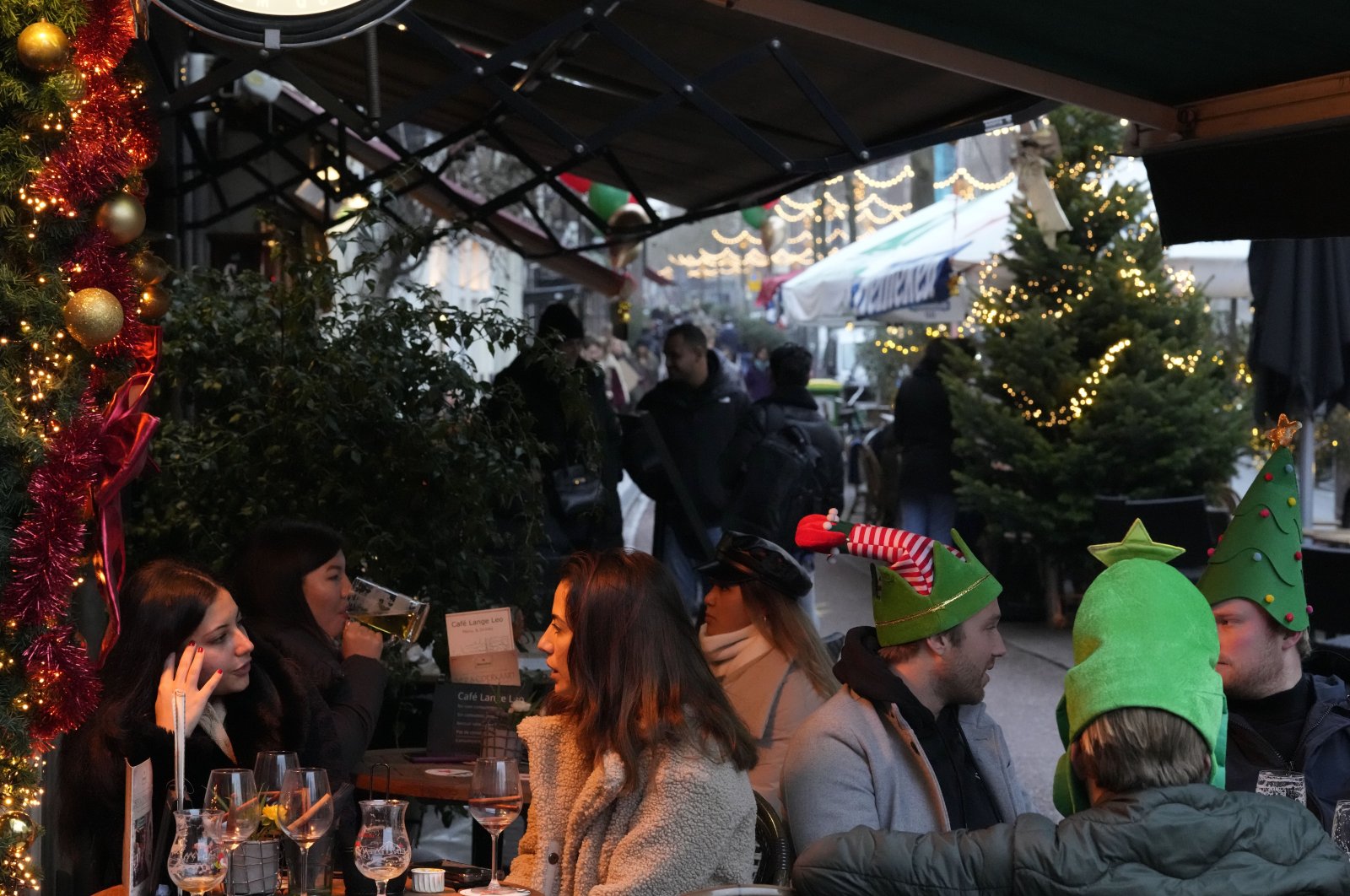 Countries across Europe moved to reimpose tougher measures to counter a new wave of COVID-19 infections triggered by the highly transmissible omicron variant, with the Netherlands entering Christmas lockdown and London declaring a "major incident."

European Union chief Ursula von der Leyen has warned that the omicron variant could be dominant in Europe by mid-January. Many countries are reimposing travel restrictions and other measures weeks after the variant was first detected in South Africa.

Dutch Prime Minister Mark Rutte announced that all nonessential shops, cultural and entertainment venues must shut until Jan. 14, while schools will close until at least Jan. 9. The Dutch also face stricter limits on the number of guests allowed in their homes, though officials made an exception for Christmas Day.

"To sum it up in one sentence, the Netherlands will go back into lockdown from tomorrow," Rutte told a televised press conference.

In London, Mayor Sadiq Khan declared a "major incident" in the British capital, calling the case surge "hugely concerning." Britain registered record case numbers for three days in a row during the week, prompting new regulations and reports that another lockdown is being considered. Most of the new cases recorded in London are of the omicron variant.

Britain's Health Minister Sajid Javid declined on Sunday to rule out the chance of further COVID-19 restrictions before Christmas, saying the spread of the omicron variant was a very fast moving situation. Asked whether he could rule out restrictions before Christmas, Javid told BBC Television, "We are assessing the situation, it is very fast moving."

"There are no guarantees in this pandemic I don't think. At this point, we just have to keep everything under review," he explained.

Javid said the government was taking the "sobering" advice of its scientists seriously, was watching the data on an "almost hourly basis" and would balance that against the broader impact of restrictions on things such as businesses and education. He said that there was a still a lot that is not known about omicron but waiting until data is clearer may leave it too late to react to it.

More than 100 of Prime Minister Boris Johnson's own Conservative lawmakers voted against the government's latest measures to tackle the spread of COVID-19 earlier this week and Johnson is facing the biggest crisis of his leadership after a litany of scandals and missteps.

Asked if Johnson was too weak to bring in further restrictions, Javid said: "No, I don't think that's the case ... if the government felt that further action had to be taken of course we would present that to parliament and it would be for parliament to decide."

The number of omicron cases recorded across the country hit almost 25,000 as of 6 p.m. GMT Friday, up by more than 10,000 cases from 24 hours earlier, the United Kingdom Health Security Agency said. The number of all new COVID-19 cases reported in official data on Saturday was 90,418. Cases were up 44.4% over the seven days to Dec. 18 compared with the previous week. Javid said the government believed around 60% of new COVID-19 cases in England were now omicron.

Germany's health agency meanwhile, announced it had put Britain on a list of high-risk COVID-19 countries, which will mean tighter restrictions for travelers. The change, which comes into effect at the end of the day Sunday at midnight, means arrivals from Britain will have to observe a two-week quarantine regardless of whether they are vaccinated.

The Robert Koch Institute's announcement comes in the wake of tightened restrictions for other countries across Europe as the continent faces a fourth wave of infections.

Starting Sunday, France and Denmark are considered "high risk areas," meaning those who are not vaccinated or recovered from the virus must quarantine for 10 days. Dozens of countries, including nearly all of Germany's adjacent neighbors, have now been added to this category.

In France, a scientific panel urged the government to impose "significant restrictions" on new year festivities, and the capital Paris announced "with regret" that it was canceling all events on the Champs Elysees.

Elsewhere in Europe, edgy governments are bringing back restrictions to fight the pandemic, which has killed at least 5,335,968 people since the outbreak emerged in China in December 2019.

Ireland is ordering bars and restaurants to close at 8 p.m., Denmark is shutting cinemas and other venues. European countries are also pushing hard to dole out booster jabs and widen vaccination programs to include children. Portugal said tens of thousands of under-12s were set to receive their first jab this weekend.

"If all goes well, we will start vaccination of children on the afternoon of Dec. 22 in specially adapted centers," he told France Inter radio.

In Denmark, one of the first European countries to start vaccinating children, youngsters were putting on a brave face as they waited for their vaccines.

"Everybody in the family was vaccinated, I was the last one," youngster Camelia told Agence France-Presse (AFP). "I'm happy I did it because now, if I get corona, I won't feel anything," she said.

However, the EU's health agency has warned that relying on vaccines alone will not work. Mask-wearing, working from home and avoiding crowds were essential to reduce the burden on health systems in the short term, the European Center for Disease Prevention and Control (ECDC) has said.

And the global picture continues to be a major cause of concern, with an AFP count based on official figures suggesting the number of new infections in Africa has shot up by 57% in the past week.

President Recep Tayyip Erdogan told a forum of African leaders and officials on Saturday that the continent's low vaccination coverage was "disgraceful for humanity."

"We are aware of the global injustice in accessing the COVID-19 vaccine and Africa's unjust treatment," he said, promising to supply 15 million vaccine doses to the continent.