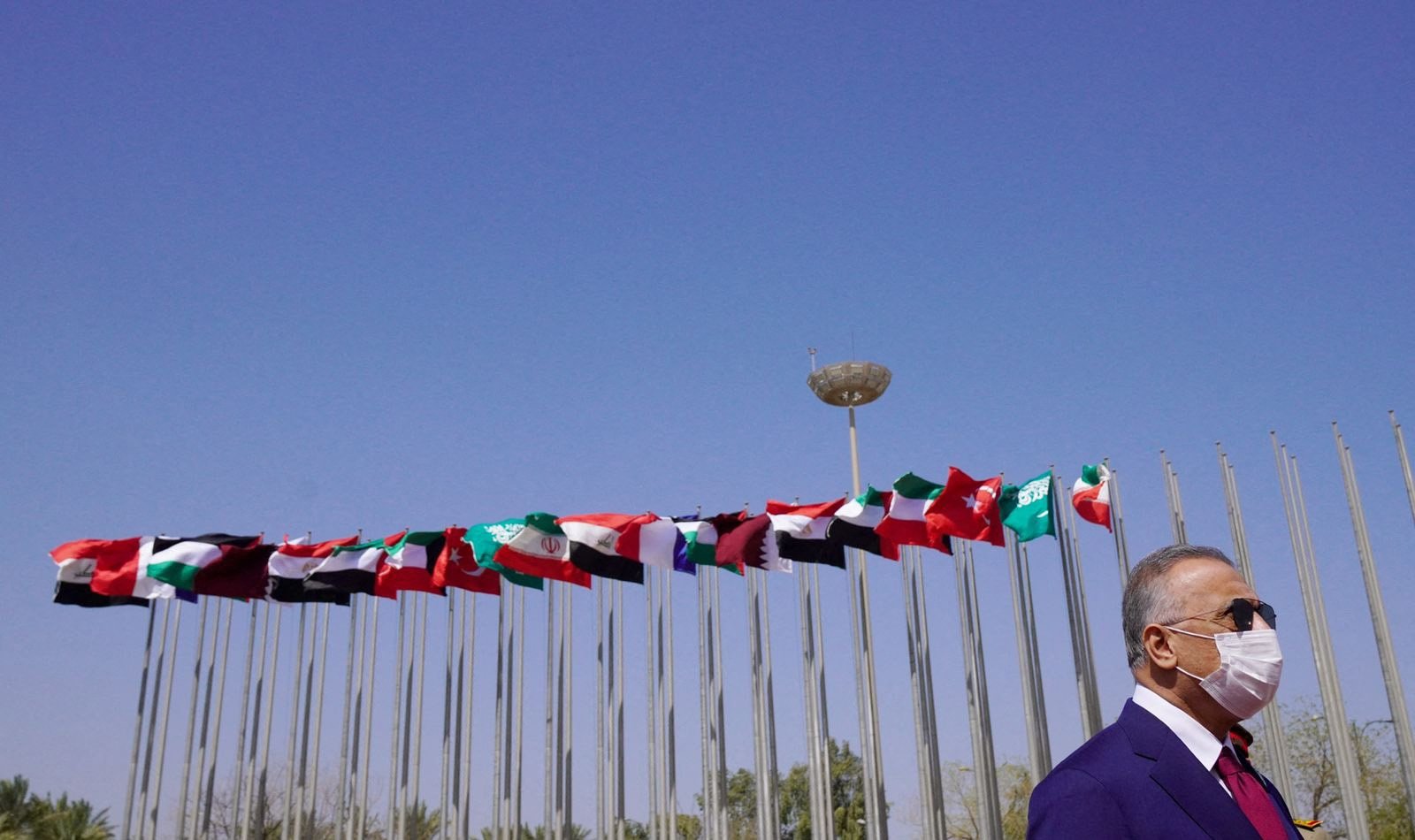 Iraqi security forces fanned out across the capital Baghdad Saturday ahead of a regional conference aimed at easing tensions in the Middle East and emphasizing the Arab country's new role as mediator.

Egyptian President Abdel Fattah el-Sissi, Jordan’s King Abdullah and Qatar's Emir Sheikh Tamim bin Hamad Al Thani arrived in Baghdad for the meeting and were greeted by Iraqi Prime Minister Mustafa al-Kadhimi at the airport. It was the first official visit to Iraq by the Qatari emir, whose country's ties with Saudi Arabia are also fraught with tensions. Ties have improved recently since a declaration was signed with the kingdom and other Arab Gulf states to ease a yearslong rift.

The high-level summit meeting in Baghdad is a major boost for Iraq and its top leadership, sending a message of Arab solidarity with the country, which has increasingly been pulled into Iran’s orbit in recent years. The country had been largely shunned by Arab leaders for the past few decades because of security concerns amid back-to-back wars and internal unrest, its airport frequently attacked with rockets by insurgents.

“This summit marks the return of Iraq as a pivotal player in the region,” said political analyst Ihsan al-Shammari, who heads the Iraqi Political Thinking Center in Baghdad. “Having rival parties be seated at the same table is a significant step in that direction.”

French President Emmanuel Macron, whose country is co-organizing the meeting, arrived in Baghdad early Saturday. Participants were expected to discuss a regional water crisis, the war in Yemen and a severe economic and political crisis in Lebanon that has brought the country to the point of collapse.

Sunday’s meeting is a chance for Iraqi Prime Minister Mustafa al-Kadhimi to showcase his recent efforts to portray Iraq as a neutral mediator in the region’s crises and re-engage with the world after decades of conflict.

Macron, following a meeting with al-Kadhimi, described Saturday's meeting as “historic," showcasing Iraq's return to stability following the ruinous war against Daesh terror group, which was defeated in 2017.

Earlier this year, the country hosted several rounds of direct talks between regional rivals Saudi Arabia and Iran, with mid-level officials discussing issues related to Yemen and Lebanon, according to Iraqi officials.

The talks, while significant, fell short of a breakthrough in relations given the deep strains, historic rivalry and continued sporadic attacks on Saudi oil targets by Iran-backed Houthis from Yemen. There has been talk, however, of the potential for Saudi Arabia to reopen its embassy in Tehran, which was ransacked and shuttered following outrage over the execution of a prominent Saudi Shiite cleric in early 2016.

Saudi Arabia and other Arab Gulf states like the United Arab Emirates have called for any nuclear agreement between world powers and Iran to also address its ballistic missile program and support for militias.

Saudi Arabia has sought talks with Iran as the kingdom tries to end its yearslong war in Yemen against Iran-backed Houthi rebels. Tehran, meanwhile, appears to have calculated that a gradual detente with Riyadh, a longtime U.S. ally, will work in its favor during renewed nuclear talks with Washington and world powers.

An Iraqi government official told The Associated Press (AP) that he anticipated Saudi and Iranian officials would hold talks on the sidelines of Saturday's meetings. He said the aim was to bring opponents to the same table and create a political atmosphere for resolving outstanding problems.

Iraq’s message at the summit is that it stands at the same distance from all sides, the official said. He spoke on condition of anonymity because he was not authorized to give official statements.

For Iraq, hosting the talks is seen as a significant step. After decades of conflict, the country is seeking to reclaim a leadership role and status in the Arab world with a centrist policy and a determination among the country’s top leaders to maintain good relations with both Iran and the United States and its regional allies.

The Shiite-majority country lies on the fault line between Iran and the mostly Sunni Arab world, led by powerhouse Saudi Arabia, and has long been a theater in which Saudi-Iran rivalry for regional supremacy played out.