Impaired by delta, 'The Suicide Squad' disappoints at box office 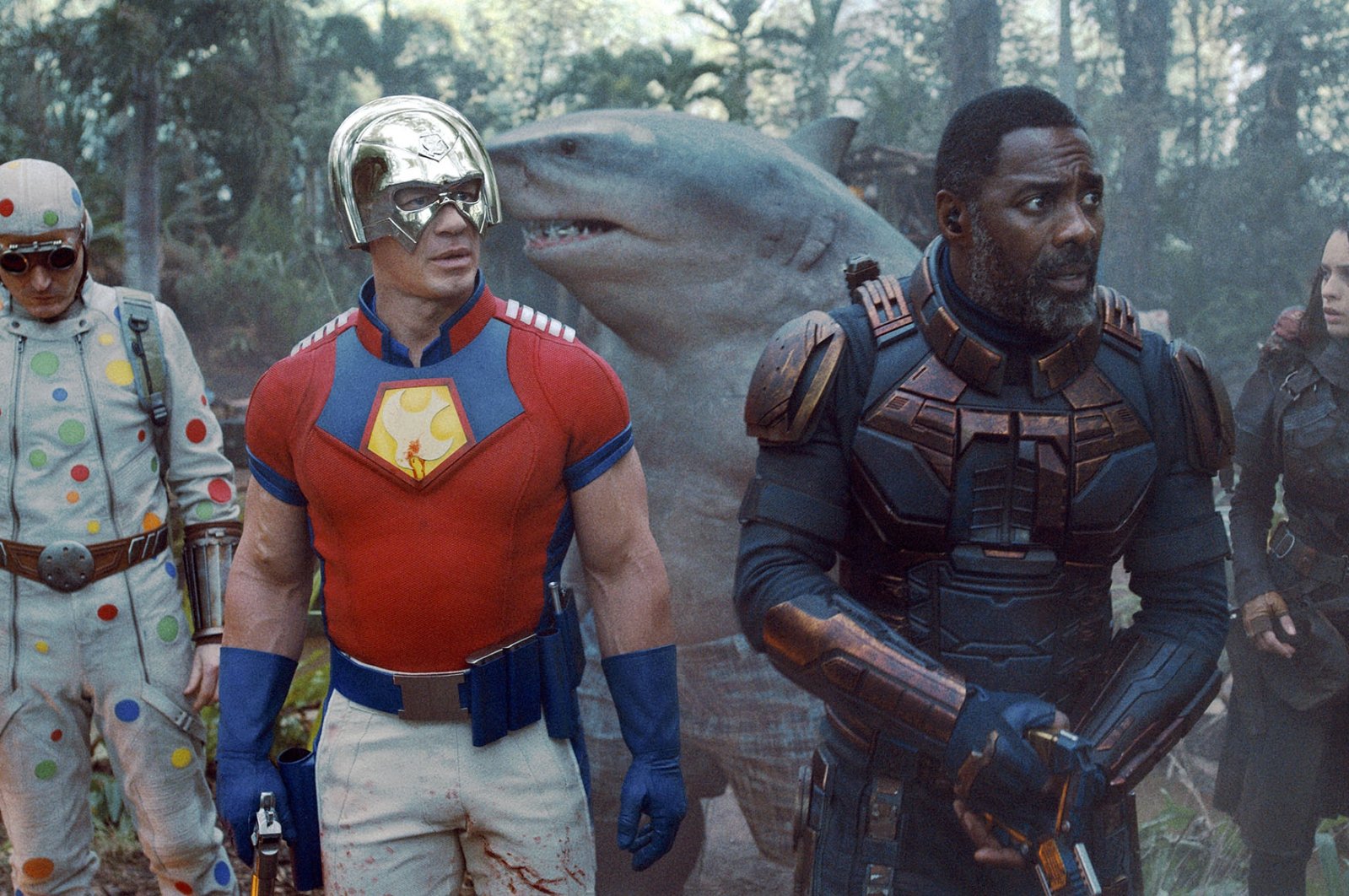 The "normal" still seems to be further off as moviegoing continues to be battered by the pandemic, the delta variant of the coronavirus and in-home streaming. James Gunn's critically acclaimed, R-rated carnage-ridden blockbuster comic book adaptation, "The Suicide Squad," was the latest over the weekend, to fall victim to these circumstances as it debuted with an underwhelming box office, collecting merely $26.5 million in estimated ticket sales.

The Warner Bros. film, which was released simultaneously on HBO Max, could claim one pandemic record though: the top R-rated opening. But "The Suicide Squad," featuring the "Guardians of the Galaxy" director's first DC Comics film, had seemed poised to be a bigger hit — and may have been if the delta variant wasn't keeping a lot of moviegoers home.

Jeff Goldstein, distribution chief for Warner Bros., acknowledged the recovery is taking longer than anyone hoped.

"We always knew the ramp-up would be two steps forward and one step back," Goldstein said. "But when we're living it, it's not great."

As recently as a month ago, the outlook for movie theaters was brightening. Marvel's "Black Widow" set a pandemic-best mark with a $80 million domestic debut. Now, that movie's hybrid release is the focus of a bitter legal battle between star Scarlett Johansson and the Walt Disney Co. that has larger ramifications for the economics of big-budget movies in the streaming era.

More importantly, COVID-19 cases in the United States have since rocketed — from a few thousand daily infections to more than 100,000. That has led some to curtail indoor activities and some states to consider changing regulations. New York is planning to make vaccination a requirement for indoor dining and other venues, including movie theaters.

"I think avid moviegoers have returned to theaters, and they show up first night and through the weekend," Goldstein said. "But what we're not seeing is the casual moviegoers — those who were interested and would have gone in a pre-pandemic context. Right now, they're not quite there."

The result for "The Suicide Squad" — strong reviews, underwhelming opening — is a kind of inverse to 2016's "Suicide Squad," which was lambasted by critics but also made a lot of money. The film, directed by David Ayer (who has since called the film "not my cut"), opened with $133.7 million in the U.S. and Canada, eventually grossing $745 million worldwide.)

In part because of fan backlash to DC titles like "The Suicide Squad," Gunn was brought in to set a more irreverent tone.

Gunn's movie, a sequel-reboot that returns some cast members but not others, drew good reviews (92% fresh on Rotten Tomatoes), already has a series spinoff starring John Cena upcoming and was largely endorsed by moviegoers with a B+ CinemaScore. The film stars Idris Elba, Margot Robbie, Viola Davis and Joel Kinnaman. Not back: Will Smith or Jared Leto.

"The Suicide Squad" cost about $185 million to make, but the current state of the box office doesn't offer much of a chance for profitability for movies at that scale. Warner didn't release any streaming or subscription data related to the "The Suicide Squad," but Goldstein said that every release has seen "a proportional response" on HBO Max that correlates to its popularity in theaters.

Paul Dergarabedian, senior media analyst for data firm Comscore, said that while he believes day-and-date releases can hurt a movie's box office, the dominant variable is still the pandemic.

"Today is a very different marketplace than it was even just a few weeks ago, which makes any kind of long-term proclamations as to what's going on with the movie industry or movie theaters very challenging," Dergarabedian said. "The desire for going to the movies is there, but the marketplace is in flux."

Last week's top film, Disney's even pricier "Jungle Cruise," also opened softer than expected, collecting $34 million in the U.S. and Canada against a reported budget of $200 million. While most titles this year have fallen fast after release, "Jungle Cruise" held reasonably well, dropping 55% in its second week with $15.7 million. Globally, it has totaled $122 million.

That doesn't include the $30 million Disney said "Jungle Cruise" made in its first weekend in "early access" purchases on Disney+. (Disney didn't share updated streaming revenue in the movie's second week.)

If COVID-19 cases don't drop soon, studios will be faced with the difficult question of what to do with upcoming tentpole releases — especially distributors that aren't as tethered to streaming platforms. Eyes will be on how MGM handles the James Bond film "No Time to Die" (Oct. 8) and whether Sony holds with "Venom: Let There Be Carnage" (Sept. 24).

Paramount recently postponed the release of "Clifford the Big Red Dog" citing the rise of the delta variant.

"Currently, this is an unforgiving market," said David A. Gross, who runs the movie consultancy firm Franchise Entertainment Research. "The last couple of big movies have been flawed. Under normal conditions, a strong marketing campaign can overcome a few drawbacks and generate a good weekend. Under current conditions, that isn't happening."

Goldstein said that if not for the streaming half of its releases, Warner Bros. wouldn't likely be opening films like "The Suicide Squad."

"We've definitely declared that a day-and-date strategy with HBO Max is not our plan and it's not what we're going to do in 2022. But if we didn't do this in 2021, we couldn't afford the marketing, let alone it would have been ridiculous to put the movies out," Goldstein said. "It's definitely a complicated time."