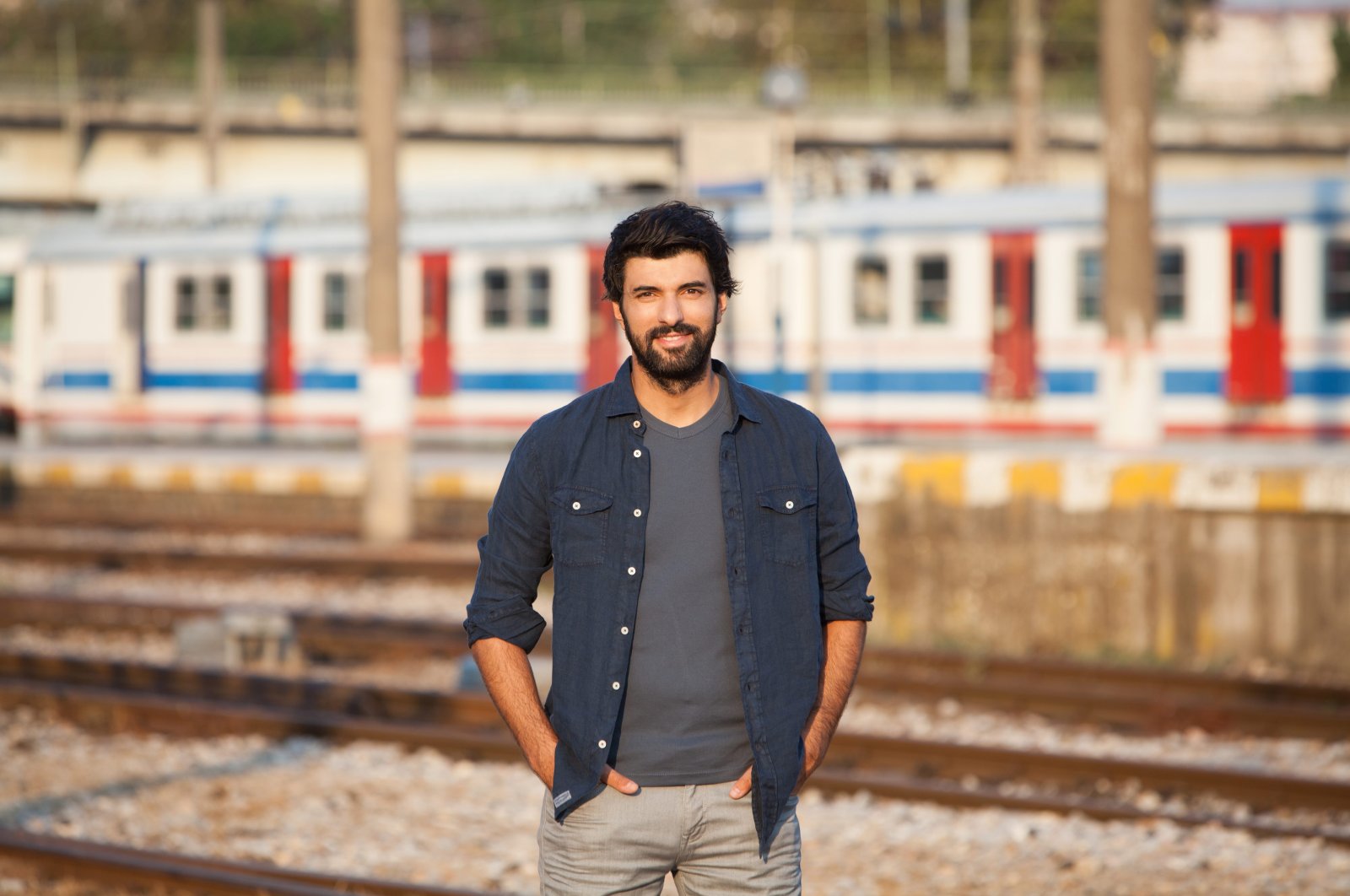 Despite receiving an education in history, Engin Akyürek chose to have a career in acting and became an indispensable actor in the Turkish TV industry, which gained worldwide success with its unique productions

The Turkish TV drama business has grown hugely since the early 2000s with exports in this field becoming second only to Hollywood. Considering that the Turkish people gathered around their televisions to watch intriguing American or Brazilian TV dramas such the “Dallas” or the “Escrava Isaura” in the 1980s in color for the first time in national history, the actual global status of the Turkish TV drama deserves much respect.

You can find many commentaries on paper and the internet trying to figure out the real cause behind the success of TV dramas. Is it that these dramas offer the regular charm of the U.S. and Brazilian soap operas? Or is it because people have been bored of American dramas full of so much sex and blood? Is the Turkish drama “bon pour l’orient,” or what?

Taking into consideration that Turkish TV dramas have been watched by more than half a billion people in 140 countries all around the world, you can guess that the answer to the above question is not easy. The only rational explanation could be that Turkish television captured the means and methods to fulfill the needs of their spectators, which is normally the reason behind the success of any business. One of these means is good acting of course.

Aesthetic understanding of the creators and audience requests often determine what qualifies as "good acting." The British TV drama, for instance, obviously relies on good stage acting with ordinary-looking actors, non-exaggerated speech, minimal movements leaving much to the imagination of the clever spectators, while the American drama takes good acting as nearly the opposite with very good-looking lead actors, exaggerated speech, super moral or physical movements. I suppose the ordinary American drama on TV can be taken as motion picture versions of journal comics, which Hollywood actually makes from time to time. On the other hand, the French TV dramas depend on a novelistic basis with poetic touches to characters, who are always in a hurry or distressed and in need of a change. French stars are very good at playing comic and tragic roles simultaneously in the same scene.

As for the Turkish TV dramas, the actors are selected from various sources such as beauty contests, casting agencies offering new faces and voices all the time, and largely theater departments of conservatories, state and private. The ideal Turkish actor in TV dramas is the honorable victim of a previous tragedy with emotional mimics, a soft and convincing voice, and preferably blue or green eyes.

Akyürek was born on Oct. 12, 1981, in the capital Ankara to a middle-class family. The Akyürek family is originally from the Tercan district of eastern Erzincan province. His father is a retired public servant and his mother is a housewife, which he said is the reason behind his polite and humble nature.

Akyürek received no official schooling for acting, stage or screen. Yet, he had a passion for writing and drama. He graduated from the history department of the language-history and geography faculty at Ankara University before he attended the “Türkiye’nin Yıldızları” (“Turkey’s Stars”) TV contest for acting. He was one of the stars of the contest alongside Beren Saat, who went on to become one of the most famous actresses of Turkish TV dramas.

Akyürek's first TV role in “Yabancı Damat” (“The Foreign Groom”) was with many cinema and stage veterans like Erdal Özyağcılar and Zeki Alasya along with young stars such as Ilker Aksum and Binnur Kaya. He appeared in all 106 episodes of the show becoming a regular face for TV spectators. Yabancı Damat” is the story of a multicultural family with a Greek groom, played by Özgür Çevik, and his Turkish wife, played by Nehir Erdoğan. The TV series became popular in Greece as well, reflecting the warm Turkish-European relations at that time. The show began in 2004 and made its finale in 2007.

Meanwhile, Akyürek took a considerable role in “Kader” (“Destiny”), the masterpiece of Zeki Demirkubuz, one of the most talented Turkish cinema directors of the 21st century. The movie revolves around a love triangle with a young girl named Uğur, who is in love with a somewhat unstable criminal Zagor, and Bekir, who becomes infatuated with Uğur. Akyürek played the rich lover of Uğur’s mother and is killed by their daughter's boyfriend Zagor. Akyürek’s well-played role was minor but critical for the film.

Akyürek performed a supporting role in another TV series titled “Karayılan” (“Black Snake”) in 2007-2008. Centered around a namesake regional independence fighter, the series was a historical drama about the southeastern Gaziantep province’s fight against the French invaders during the War of Independence, which was fought from May 1919 to July 1922 against Greece, Armenia, France, the United Kingdom and Italy after parts of the Ottoman Empire were occupied by Allied forces following the end of World War I.

Following this drama, Akyürek received his first leading role in “Bir Bulut Olsam” (“Beyond the Clouds”) in 2009-2010. He performed the role of an obsessed lover, who falls in love with his cousin, played by actress Melisa Sözen, and convinces her to marry him although she is in love with another man, played by actor Engin Altan Düzyatan. The film gained global success due to its contribution to the classical love-triangle formula by (not justifying but) humanizing the obsessed lover, who is also another victim of toxicity of relations. The film went from being just another love-triangle drama to something offering a psychological depth, which inspired TV producers to make other toxic-relation-love-triangle dramas like “Sen Anlat Karadeniz” (“Lifeline”) (2018-2019) starring actors Ulaş Tuna Astepe, Irem Helvacıoğlu and Mehmet Ali Nuroğlu.

After the worldwide success of “Bir Bulut Olsam,” Akyürek became a popular choice for lead roles for some of the greatest productions of the Turkish TV channels exported to foreign countries. For example, “Kara Para Aşk” (“Black Money Love”) (2014-2015), in which he appeared as heroic police officer Ömer, was among the Turkish productions that have appeared on international channels, especially in Spain and glued audiences to the screens. The series is a mystery-thriller in which Ömer investigates his fiance’s death. Just then he meets successful jewelry designer Elif. Little do they know that their encounter will change the paths of their lives and set them and their loved ones on a collision course of loss, love and danger.