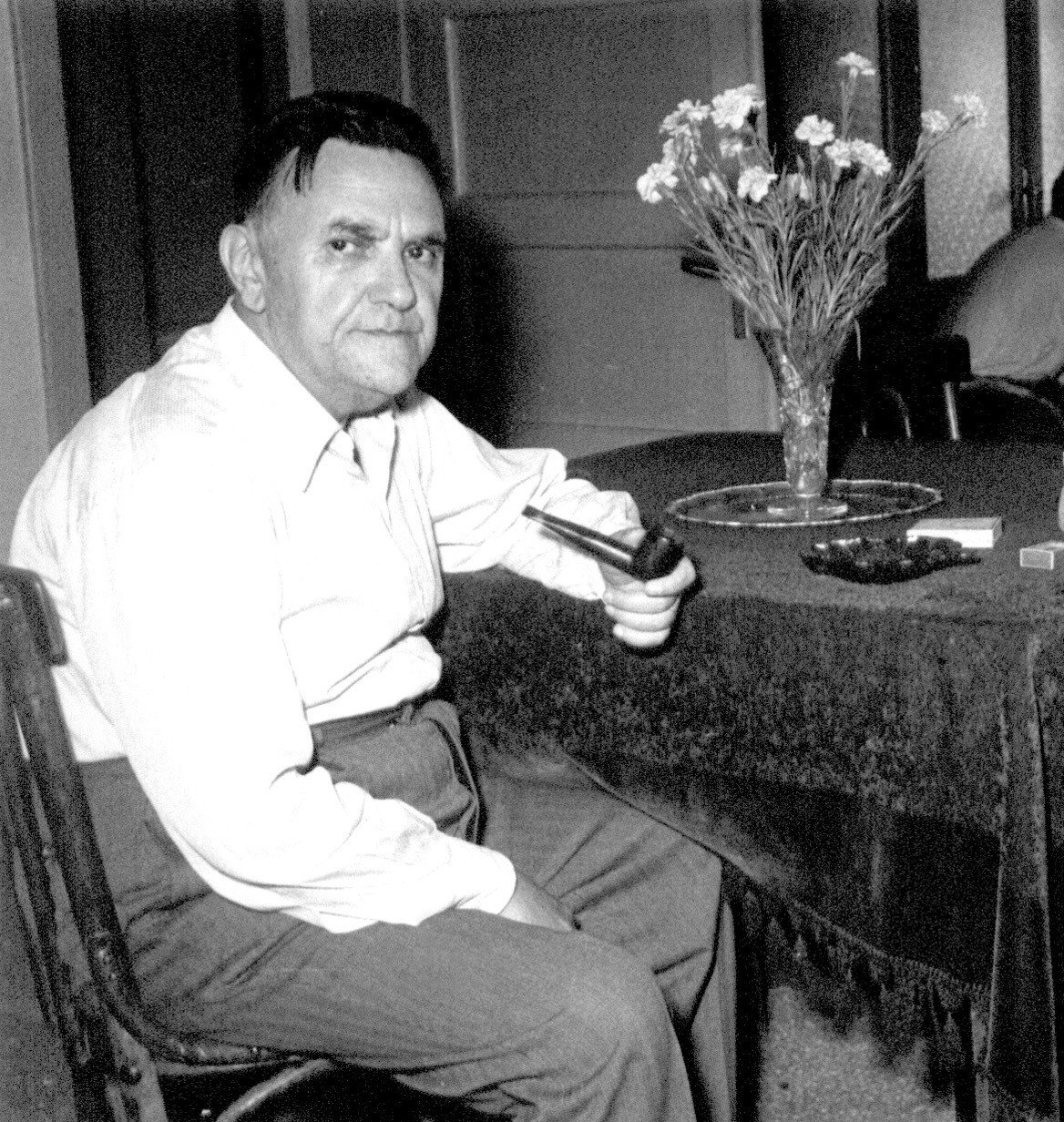 After excelling in French in Geneva, Nurullah Ataç worked as a French teacher at schools and translated books for the Ministry of Education. (Archive Photo)
by Hakan Arslanbenzer Apr 15, 2021 11:40 am

Even if he did not describe himself as a critic and claimed his writings were just essays of a moralist, Nurulah Ataç built a prototype of the modern literary critic in Turkey with his rather subjective style

Nurullah Ataç is one of the few writers in Turkish literature who did not produce many works in his oeuvre with the exception of critical reviews and essays.

Ataç, whose full name was Mehmet Ali Nurullah Ataç according to official records, was born on Aug. 21, 1898, in Beylerbeyi, an old Istanbul neighborhood on the eastern coast of the Bosporus, to Mehmet Ata Bey, an Ottoman bureaucrat who translated the "Geschicte des Osmanischen Reiches" ("History of the Ottoman Empire") of Joseph von Hammer, and Münire Hanım. He was his parents' seventh child. His ancestral background originated from the Black Sea region on his father’s side, while he was a member of the Kısakürek family of southern Kahramanmaraş on his mother’s side, which made him remote cousins with Necip Fazıl Kısakürek, a major poet of Ataç’s time.

Ataç’s father, Mehmet Ata, known by the public reader of that time as “Hammer translator,” worked as a public servant and bureaucrat in all regions of the Ottoman Empire for precisely half a century from 1869 until his death in 1919. His grave is at the Sultan Mahmud II tomb, which has embraced many royal and intellectual bodies for the last three centuries in Istanbul’s Fatih district.

Mehmet Ata Bey was also a schoolteacher and writer. He taught literature and ethics at Mekteb-i Sultani (Galatasaray Imperial High School), or Lycee Imperial Ottoman de Galata-Serai in French, and several other high schools of Istanbul. He wrote columns for various newspapers and journals including Sabah, Diyojen, Servet-i Fünun among others. Ata Bey translated and wrote several volumes with fiction and nonfiction titles.

Mehmet Ata was an idealistic and hardworking person with a nervous disposition, which probably earned him the nickname “Mad Ata Bey.” On the other hand, he paid great importance to his son’s education and made him love literary works. Ataç adored Tevfik Fikret, the major poet of Servet-i Fünun, who was a friend of his father.

Ataç lost his mother Münire Hanım in 1909 and his father in 1919. He remembers his mother as an extremely conservative woman with superstitious beliefs. Münire Hanım never allowed her son to play certain games or fly kites since she believed they were sinful. Ataç wrote, “I had no childhood at all.”

Ataç’s school life didn’t last long. He received an education at an idadi (the equivalent of high school) before he enrolled at the Mekteb-i Sultani, which he quit four years later without graduating. He learned French and read the dramas of Namık Kemal and poems of Tevfik Fikret, his favorite poet.

Ataç moved to Switzerland’s Geneva to enroll at a private college, which he would quit without graduating again. According to his own recollection, he didn’t like living abroad and missed his family too much. Yet, he excelled in French and found the opportunity to read many literary texts in their original form in Geneva.

Ataç met Yakup Kadri Karaosmanoğlu, a major fiction writer of that time, in Geneva when he was only 18. He enjoyed engaging in literary conversations with the prominent author.

Ataç lost his father and two of his siblings during his time in Geneva. The family had difficulty in bearing the cost of his education abroad after his father’s death. He was reluctant to return to Istanbul though he didn’t like being abroad either. Another cause for this reluctance was that he fell in love with a Swiss girl named Claire. He even proposed to her but was rejected. He tried to find a job in Geneva but was unable to. Finally, Ataç returned to Istanbul after his elder brothers wrote to him that they could no longer pay for his cost of living there.

In Istanbul, Ataç forgot about Claire and fell in love with Meliha Hanım, a distant cousin. However, Meliha Hanım was in love with another cousin and married him but died a couple of years later. Ataç tried to commit suicide because of his unrequited love for Meliha. Ataç would later marry Leman Hanım, another distant relative, in 1926. Leman Hanım offered immense support to Ataç for years. She was patient and even lived with their only child in Istanbul when Ataç was working in Ankara.

Ataç enrolled at the Literature department of Darülfünun (today’s Istanbul University), from where he did not graduate either. Yet, he became a part of the poet and author Yahya Kemal Beyatlı’s literary circle including poet, novelist, literary scholar and essayist Ahmet Hamdi Tanpınar, with whom Ataç clashed on the subject of old and new literature and also wrote about it years later. Tanpınar was a believer of Ottoman poetry while Ataç denied any connections with the tradition. He defended the understanding that modern Turkish literature should be organized within the Western model without any reference to the long Turkish tradition. For that reason, he supported the Garip literary movement of Orhan Veli and friends, who were fighting against Yahya Kemal and the classical literary and ethical values he represented.

Ataç worked as a French teacher at several levels of education. He also translated books for the Ministry of Education. In addition, he worked as an editor for some official periodicals including the legendary “Türk Dili” journal of the Turkish Language Association (TDK), which was the corporate representative of the Kemalist cultural revolution.

Ataç began writing poetry and drama. But he became a literary critic only after he observed that he wasn't particularly talented in either of the two genres. Yet, he refused the idea that he wrote literary criticism. He wrote, “Yakup Kadri shouldn’t name me a literary critic. Because I’m not one. In fact, I’ve written a few critiques, not more than the amount I suppose every author should have written. What I write, to my belief, are essays, are the writings of a moralist.”

Despite his own testimony, Ataç was revered as the prototype of the modern literary critic in Turkey. Even Hüseyin Cöntürk, the doyen of objectivism and scientific approach in literary criticism, examined Ataç’s work as the writings of a critic rather than an essayist. Cöntürk found a formula to place Ataç within the context of literary criticism by naming him a subjectivist critic and defining his writing as critical essays.

Ataç died of multiple organ failure on May 17, 1957, in Istanbul. He wrote many volumes of critical essays and journals, while his interviews and letters were published posthumously. Such significant authors as Tahir Alangu, Metin And, Hüseyin Cöntürk and Asım Bezirci wrote separate volumes on Ataç’s work, while his daughter Meral Ataç Tolluoğlu published a biography of the late critic. Numerous academic dissertations and works on graduate and doctoral levels have been written on Ataç’s life.