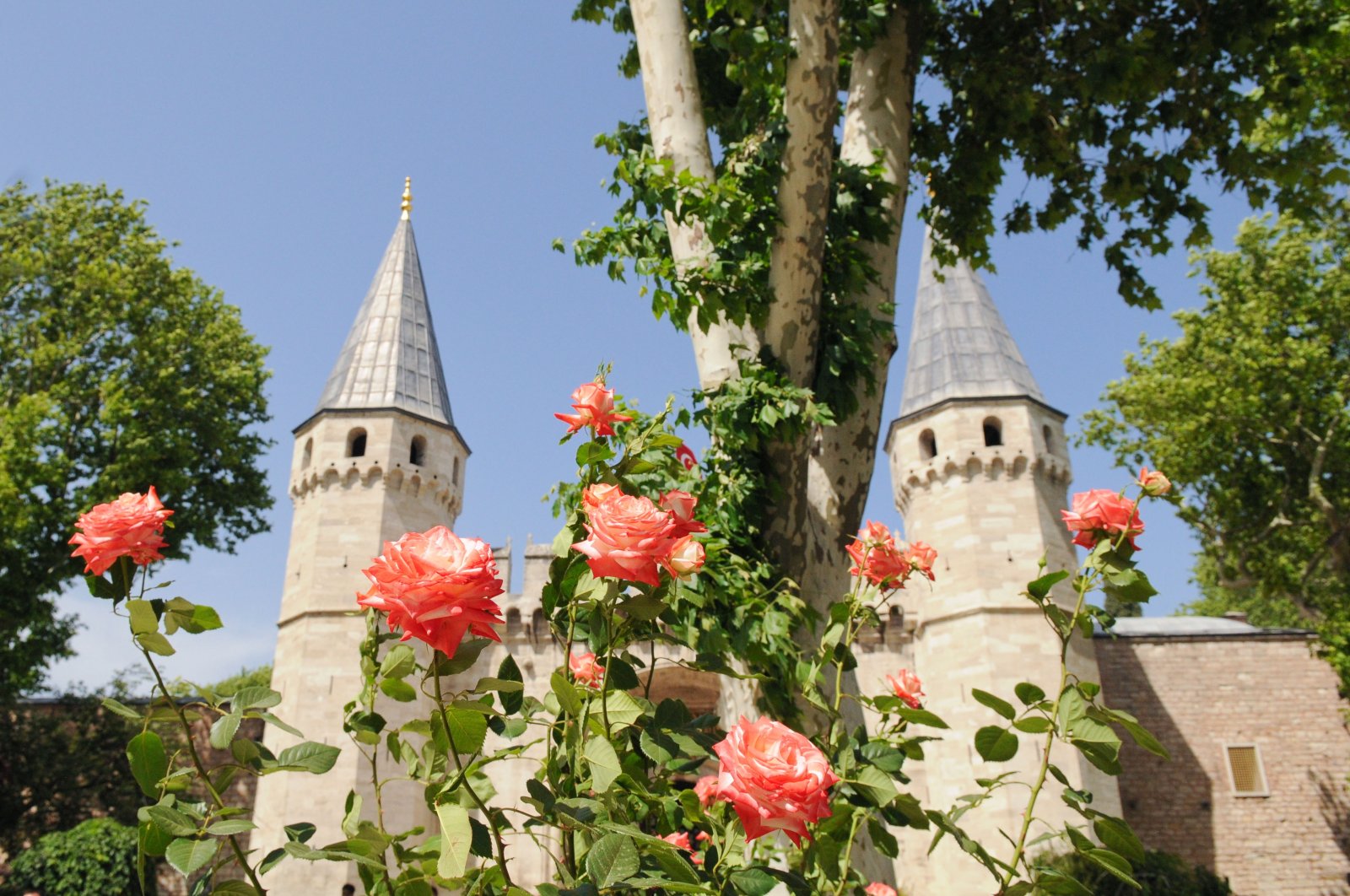 More than just an item of beauty with an indulgent scent, radiant roses have influenced Turkish culture from the Ottoman era to the present day, playing a role in the culinary arts, fragrance, poetry and literature

The rose and tulip, one of the eye-catching plants of spring, are the flowers most prominently appearing in Ottoman history. Ottoman literary figures say, "If there is a sultana (queen) of all flowers that bloom with the arrival of spring, it is rose." This stunning flower has been adding to our lives with its delicate scent and varying hues for centuries and has been featured in the culture or artistic motifs of civilizations spanning East to West.

Even though Italian medievalist, philosopher and cultural critic Umberto Eco's novel "The Name of the Rose" comes to mind when thinking of roses in today's literature, no novel or literary tradition has so far been able to capture the rich meaning that Eastern Islamic literature attributes to the rose. Let's look at the story of the rose in the East, particularly its place in Ottoman culture and civilization.

The rose – native to Anatolia, Asia, Iran and China – naturally has a deep-rooted history in Eastern arts. It is not just beautiful, it has benefits in all fields, from cosmetics to pharmaceuticals to food. The East, particularly Iran and Turkey, is a rose center, providing more than 50% of the world's rose exports.

Over the last 1500 years or so, the region was dominated by the Arabs before it was conquered by Turkish dynasties like the Seljuks and Ottomans. The Seljuks dynasty was Islamic in structure but influenced by Persian culture and literature. The Ottomans then continued their legacy.

The Ottoman State was literally a rose civilization. The rose is a flower that blossomed both in the art and lives of the Ottomans. Roses were not only mentioned in literature, they were used in patterns decorating miniature, clothing, cosmetics and medicine. The plant also has a place in beliefs and folk traditions, as many Turks even choose to name their daughters Rose. The classical Ottoman poetic tradition of Divan drew from the scent and color of the rose so heavily that other flowers fell behind it.

Even during the "Tulip Era," when the tulip cultivating craze swept the region, the rose held a dominant place in Ottoman society and there are considerable mentions of roses in literary texts from the period.

It is frequently used as a motif in Ottoman architecture, illumination and decorative arts. One of the most famous works of art from the classical period featuring a rose is a portrait of Sultan Mehmed II, also known as Mehmed the Conqueror. Painted by Ottoman court miniature painter Nakkaş Sinan Bey and considered to be the sultan's most realistic portrait, Mehmed II is seen smelling a rose in his hand.

It is also an important ingredient in culinary culture and perfumery. Mouth-watering güllaç, the symbolic Ottoman dessert of Ramadan, is probably the most well-known example. Güllaç is a combination of two words "güllü" and "aş," meaning "food with roses." Although it is optional, this dessert generally contains rose water. Rose oil, rose water and rose sherbet can be found in every Turkish household. But the interest in this flower stems from a religious understanding, not from the Persian culture. In fact, the rose holds its place in Persian culture due to their Muslim beliefs.

In the Holy Quran, the rose is used in a metaphor in the 37th verse of Surah Ar-Rahman in the 55th Chapter: “When the sky is rent asunder, and becomes a crimson rose like melted oil.” Prophet Muhammad also said, "The rose is the lord of the flowers of paradise." The family and friends of the prophet would always note that he smelt like roses. For this reason, the rose has always been associated with the prophet and is used as a symbol for him. For example, it is said that the prophet's son-in-law and fourth caliph Ali ibn Abi Talib, the first young male Muslim, asked for a bunch of roses before his death. Smelling them, he remembered the prophet and passed away.

The association between the flower and the prophet was a symbolic expression that changed the way the flower was perceived in Islamic culture and geography, becoming a living figure. In Islamic culture, the rose is a sign of the temporality of the world and shortness of life, serving as a reminder to prepare for the eternal afterlife.

Going by the term "verd" in Arabic, the rose is used differently in contemporary Turkish when compared to the Ottoman era. The word "rose," which means flower in Persian, has become widespread in Turkish, and other flowers are called “çiçek.” According to some Sufis, the letters of the Arabic word “verd,” written with the Arabic letters of waw, ra and dal, have meaning in themselves. The very first letter, waw, reflects the Prophet Muhammad being "wali," a Muslim term for Islamic saint, otherwise referred to as the more literal "friend of God."

The second letter, ra, reflects the prophet being “rauf and rahim,” which means “merciful and forgiver.” The last letter, dal, refers to the word “davet,” which symbolizes the prophet calling all to the right religion.

In divan poetry, the rose is an indispensable flower, appearing in numerous old poems with its many features. The entire story of the rose and details of its history are told in different works. Just like rose petals, these works layer meanings. In poetry books, this flower is not only mentioned for its beautiful color and smell but also for its shape. Roses often are mentioned when describing scenes in many stories.

Poems are written addressing the rose and its incomplete form, the "rosebud.” In these poems, the flower is personified and in fact, this personification is used to address the lover. Various relationships are established, between the body and limbs, the material and the spiritual states of the lover and the rose. Her mouth, the color of her lips, cheeks, skin and ears are likened to a rose.

The rose has a very special place in Sufism, which is an integral part of the Ottoman literary tradition. It has become a symbol of various Sufi sects. In Sufi poetry, two different meanings are attributed to the separation of the nightingale from the rose. The first is the longing for the prophet. In classical Turkish poetry, many references to the Prophet Muhammad are made with a rose. The second is a reference to a religious issue in the Quran, which is expressed in the composition of "bezm-i elest," consisting of Persian and Arabic words. With the word "elest" in this composition, a reference is made to the 172nd verse of the Surah Al-Araf in the seventh chapter of the Quran.

Allah asked the spirits he created, "Am I not your Lord?" to which they all responded: “Yes, we do testify.” All souls vowed to Allah not to forget him. And this is where divine love begins. The people's souls are imprisoned in bodies called "nafs" as a test and sent to earth. Sufi poets identify with the caged nightingale separated from the rose. That is why he sings like a nightingale, always speaking of Allah in order to remind others of him, like a doting, faithful lover.