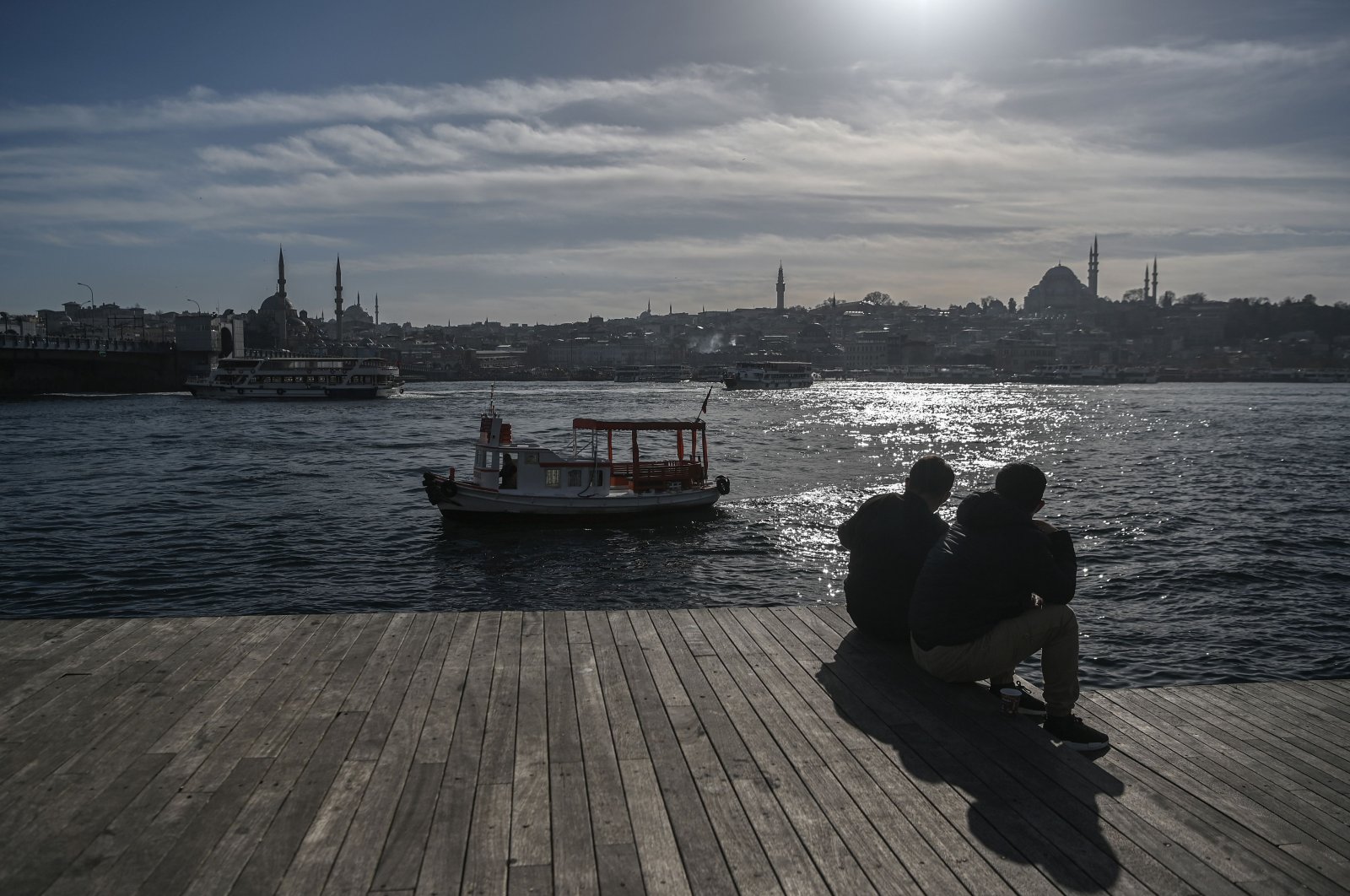 JP Morgan raised its expectations Friday for Turkish economic growth for both 2020 and this year based on strong private-sector performance throughout the coronavirus pandemic, while the Turkish lira has cemented its position as the top-performing emerging market (EM) currency this year.

“Turkey over-performed most of its peers during the pandemic,” bank analysts said in a client note.

Despite containment measures such as lockdowns, domestic demand was quite resilient in the fourth quarter of 2020, the report said.

The Turkish economy’s growth figures always “surprises to the upside,” mirroring the robustness and flexibility of the Turkish private sector, it noted.

A burst of state bank-driven lending led to a strong rebound in the second half of 2020 as Turkey’s gross domestic product (GDP) soared to a more-than-expected 6.7% growth rate in the third quarter.

Central Bank of the Republic of Turkey’s (CBRT) new Governor Naci Ağbal this week said the economy was expected to have grown by 7% to 8% in the last quarter of 2020.

This could bring the overall 2020 growth to around 2.5%, he added. Ağbal also said the economy could grow up to 5% in the January-March period, given the economic activity in January and February.

A survey of business leaders and economists, also published Friday by the central bank, forecast the economy would log growth of 4.1% by the end of the year.

Underlining the country’s experience in handling crises in previous years, JP Morgan's report highlighted it was not particularly surprising that Turkey outshined its peers amid the outbreak.

It pointed out that one of the main reasons for this outperformance was the massive government-led credit growth in the first half of last year, supporting the economy to recover from the pandemic.

“Tighter financial conditions and ongoing lockdowns will remain a drag, but the carryover from 2020 will be much larger than projected earlier and the contribution from net exports could be larger,” it said.

The report also underlined that this year, the economy could see higher growth, given the more promising expectations for the tourism sector’s performance, as well as the vaccination process.

Separately, another U.S. multinational bank Morgan Stanley on Friday said the Turkish assets were performing better than their peers, boosted by the increase in the credibility of the economic policies.

In a research report, it said it was “tactically” positive against the Turkish assets.

The bank’s analysts expect the Turkish lira to strengthen to as much as 6.80 against the U.S. dollar.

Piotr Matys, senior emerging markets forex strategist at Rabobank, also said there was room for the dollar/lira exchange rate to fall further, stressing that 6.80 could be the next level.

“But, of course, the level of 7 needs to be broken first,” Matys told private broadcaster Bloomberg HT.

The lira has been outperforming its emerging market (EM) peers this year.

“Turkish Lira was the best performing EM currency in January & is again the best performer so far in February,” according to Robin Brooks, the chief economist at the U.S.-based Institute of International Finance.

The lira is up almost 3.8% against the greenback so far this month. It traded at 7.02 Friday, having rallied from a record low of TL 8.58 per dollar in early November after President Recep Tayyip Erdoğan pledged a new market-friendly economic era and appointed Ağbal as the CBRT chief.

Aggressive interest rate hikes since November have led to a 20% rally in the lira and some $20 billion in foreign investment inflows.

The CBRT has raised rates to 17% from 10.25% to battle inflation that has been stuck in double-digits, giving Turkey the tightest monetary policy of any major developed or emerging market economy.

The annual inflation rate climbed more than expected to 14.97% in January, keeping the pressure on the bank to maintain a tight policy even after sharp rate hikes.

CBRT data on Friday showed Turkey’s current account widened to a deficit of $36.72 billion last year, from a $6.76-billion surplus in 2019, as the coronavirus pandemic hit tourism and Turks snapped up record amounts of gold.

Ağbal has said that the CBRT would maintain its tight monetary stance until the 5% inflation target is achieved by 2023.

“The central bank’s goal of reducing inflation to its 5% target is particularly important,” said Matys. “This, in turn, will create gradual growth.”

Morgan Stanley’s analysts do not see the central bank hiking its policy rate at the next meeting and they expect it to maintain its hawkish stance.

The bank said the rate hike depends on the market expectations, saying that “we maintain our view that the CBRT would increase interest rates by 100 basis points in near-term.”