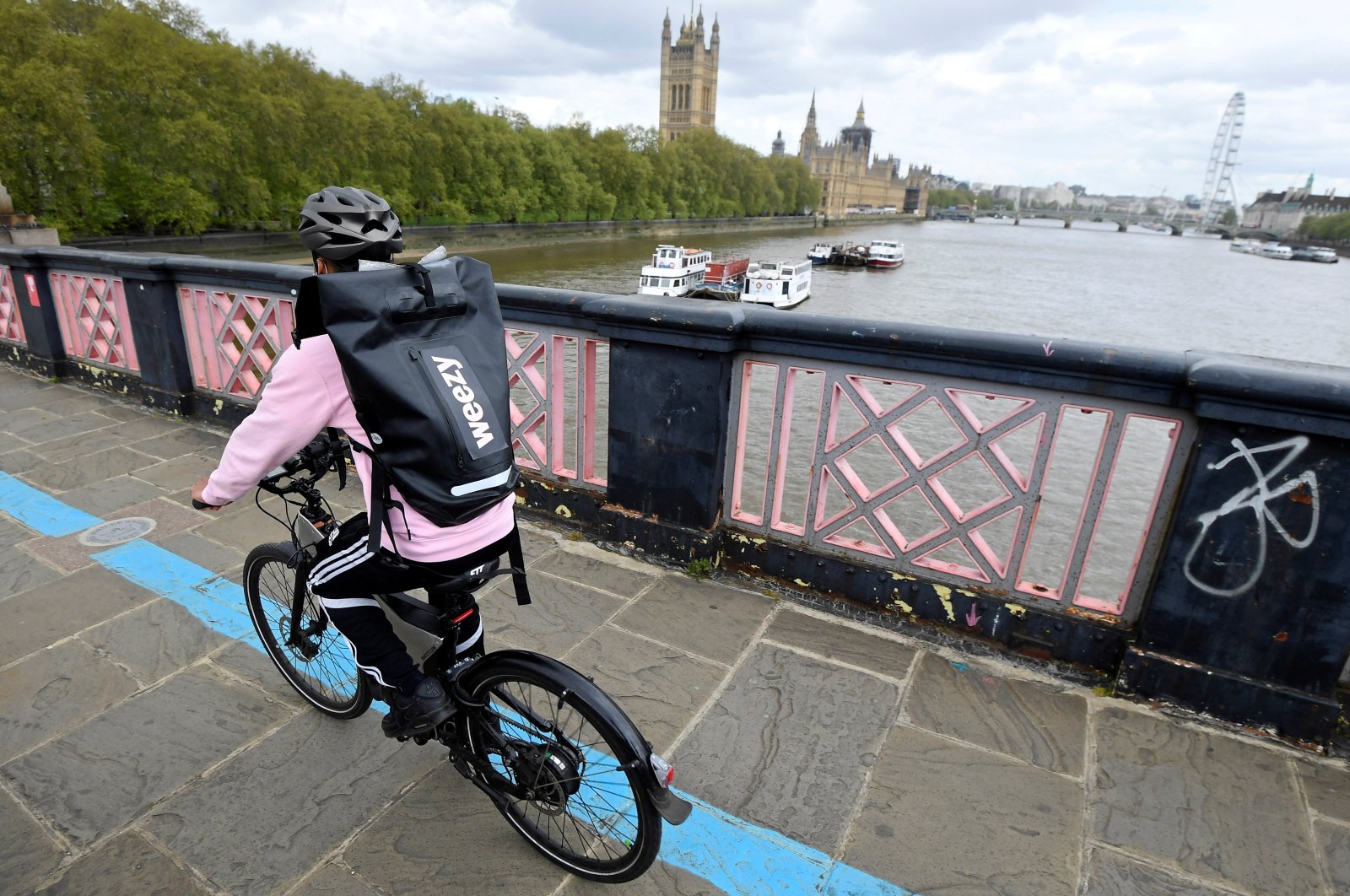 A rider from online supermarket Weezy delivers an order amidst the expansion of rapid grocery delivery firms, London, Britain, May 12, 2021. (Reuters Photo)
by DAILY SABAH WITH AGENCIES Nov 24, 2021 9:26 am
RECOMMENDED

Turkish on-demand rapid delivery pioneer Getir has signed a deal to buy British rival Weezy, the company said on Tuesday, marking the latest move in a sector seeing a wave of consolidation.

Getir currently operates in several western European countries, as well as the United States, and has been promoting its brand heavily across London. Financial terms for the deal were not disclosed.

The pandemic has fueled demand for food and grocery delivery businesses but many of them are still losing money as they seek to build market share, fueling deals.

“We believe that our way of doing business and our cultural approach are extremely compatible with Weezy, which has managed to gain an important place in its region even though it is still a young startup. For this reason, we are adding Weezy to our structure believing that it will make a great contribution to Getir,” said Getir’s founder and CEO Nazım Salur.

“We are happy to be carrying out an exciting acquisition that will further strengthen our service network in the United Kingdom, which is among markets that are very important to us,” Salur noted.

In recent news, U.S. company DoorDash said this month it would buy Finland-based rival Wolt Enterprises OY in an all-stock deal valued at about 7 billion euros ($7.9 billion) as it expands into Europe.

Getir is a trailblazer among startups that have prospered during the pandemic. It attracted around $1 billion in three back-to-back funding rounds this year, putting its valuation at more than $7.5 billion.

It started its services in the U.S. earlier this month after it launched in Chicago, debuting in the world’s largest retail market only a few months after expanding into Europe. In addition, New York and Boston are to follow by year-end.

Founded in 2015, Getir invented the category of 10-minute delivery for customers who order through its smartphone app, with riders fanning out from neighborhood warehouses that stock essential groceries. The Istanbul-based company offers a selection of 1,500 everyday items to its customers. Getir now operates in 47 cities in Turkey.