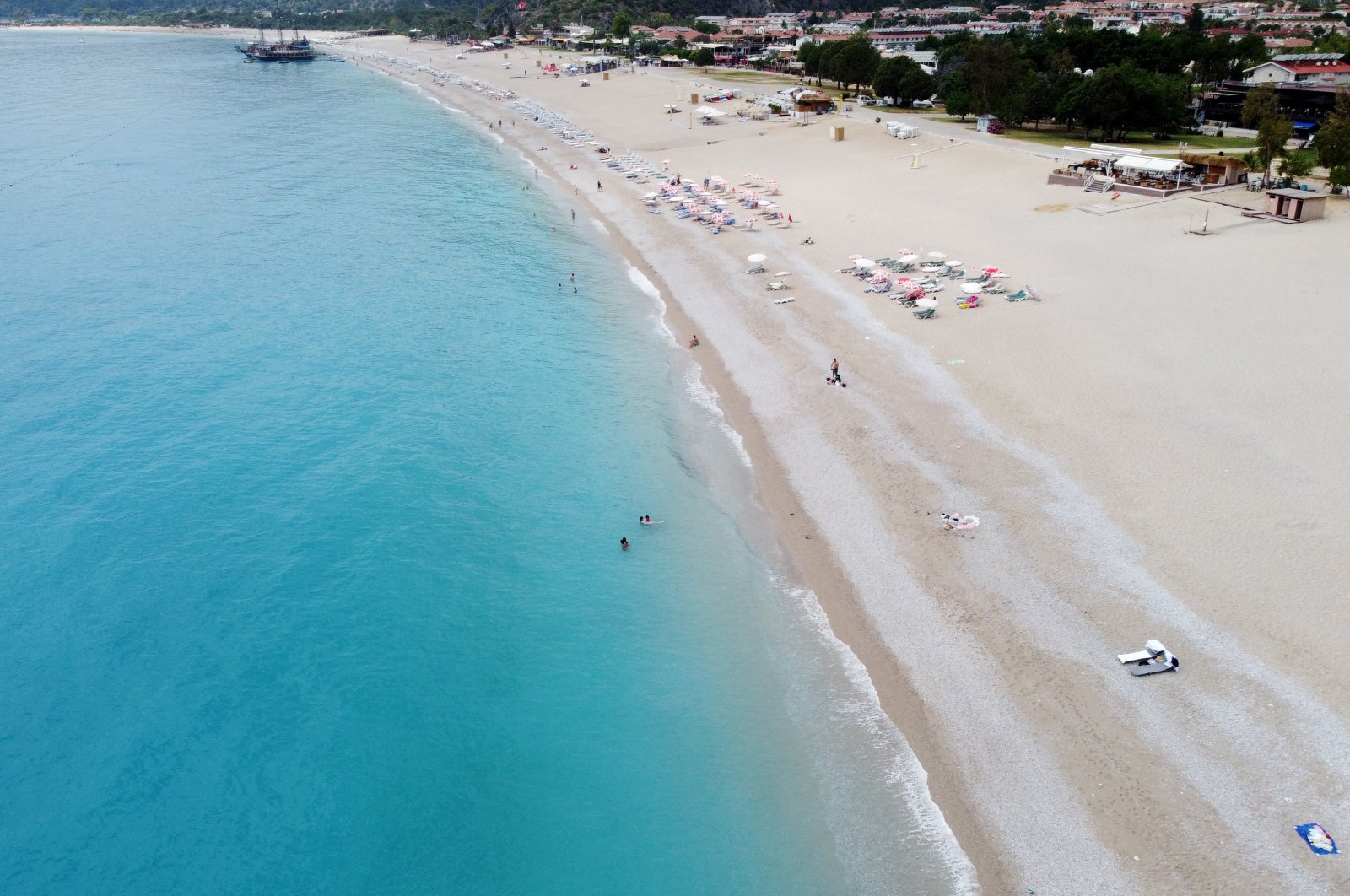 European hotels find themselves in pickle, fighting for staff

Both Russian holidaymakers and tourism industry representatives have been voicing their discomfort over Moscow’s decision to keep in place its temporary restrictions on flights to Turkey.

Already battered by the fallout of the coronavirus outbreak, Turkey’s tourism industry was yet again caught on the wrong foot after Moscow last week said it will not allow tourists to travel to Turkish resort cities until at least June 21.

Industry representatives stress that all the necessary measures to ensure the safety of visitors have been taken, saying they “count the days” for the trips to restart.

Instead of canceling, Russians prefer to postpone their bookings according to flight plans, Levent Mecit, a hotel operations manager in Belek Tourism Center, said.

“It is pleasing for us because it shows that they have not given up on Turkey,” Mecit noted.

Yet, the daily coronavirus cases in the country have dropped significantly over the recent weeks to below 7,000, down from a record high of above 60,000 in April.

Turkey as of this week further eased measures meant to curb coronavirus infections, including partially lifting a weekend lockdown and opening restaurants to a limited number of guests.

Russia in April suspended most air travel with Turkey until June 1, citing rising infections. The decision blocked the plans of at least 500,000 tourists, who had hoped to visit during the April-June period.

The latest move is said to cost the industry some 274 million euros ($334 million) in June alone, according to the Russian Association of Tour Operators (ATOR).

Turkish tourism operators stated that the bill could reach upwards of $500 million.

A delegation led by Ersoy was in Russia’s capital on May 17 to hold meetings on tourism and resuming air travel.

Russia is expected to send a delegation to assess measures taken by Turkey to protect airports, hotels and other tourist locations from the coronavirus before deciding on when to lift its travel ban.

Industry representatives say holidaymakers will also be negatively affected by the decision, saying that they believe that the restriction should be abandoned as soon as possible.

Stressing the importance of the Russian market for the industry, Kavaloğlu noted the negativity of being dependent on a single market.

“We know we need to look out for ourselves by producing alternatives to Russia. But Russian tourists are very eager to take a vacation in our country,” he noted.

Mecit expressed that their hotels have guests who come on vacation from Russia four times a year.

“We know that even some of our guests, who last year said ‘let us make a change and go to another country,’ now understand our value better and are eager to come here,” he added.

They also topped the list of visitors by nations from January through April with 552,048.

Some 2.7 million foreigners arrived in the four-month period, down 35.6% from a year ago.

Ülkay Atmaca, head of Turkey's Professional Hotel Managers Association (POYD), stressed there should be no travel restrictions as everything is under control and noted the success achieved with the safe tourism certificate.

“We are waiting for the opening of both the Russian and European markets. The industry needs to leave behind these tough times. Russia is a very dynamic market. Both Russians and Europeans are eager to come to Turkey, for this only flights need to be opened,” Atmaca noted.

“I hope that these restrictions will be lifted as soon as possible and people will continue to holiday in our heavenly homeland again.”

European hotels find themselves in pickle, fighting for staff