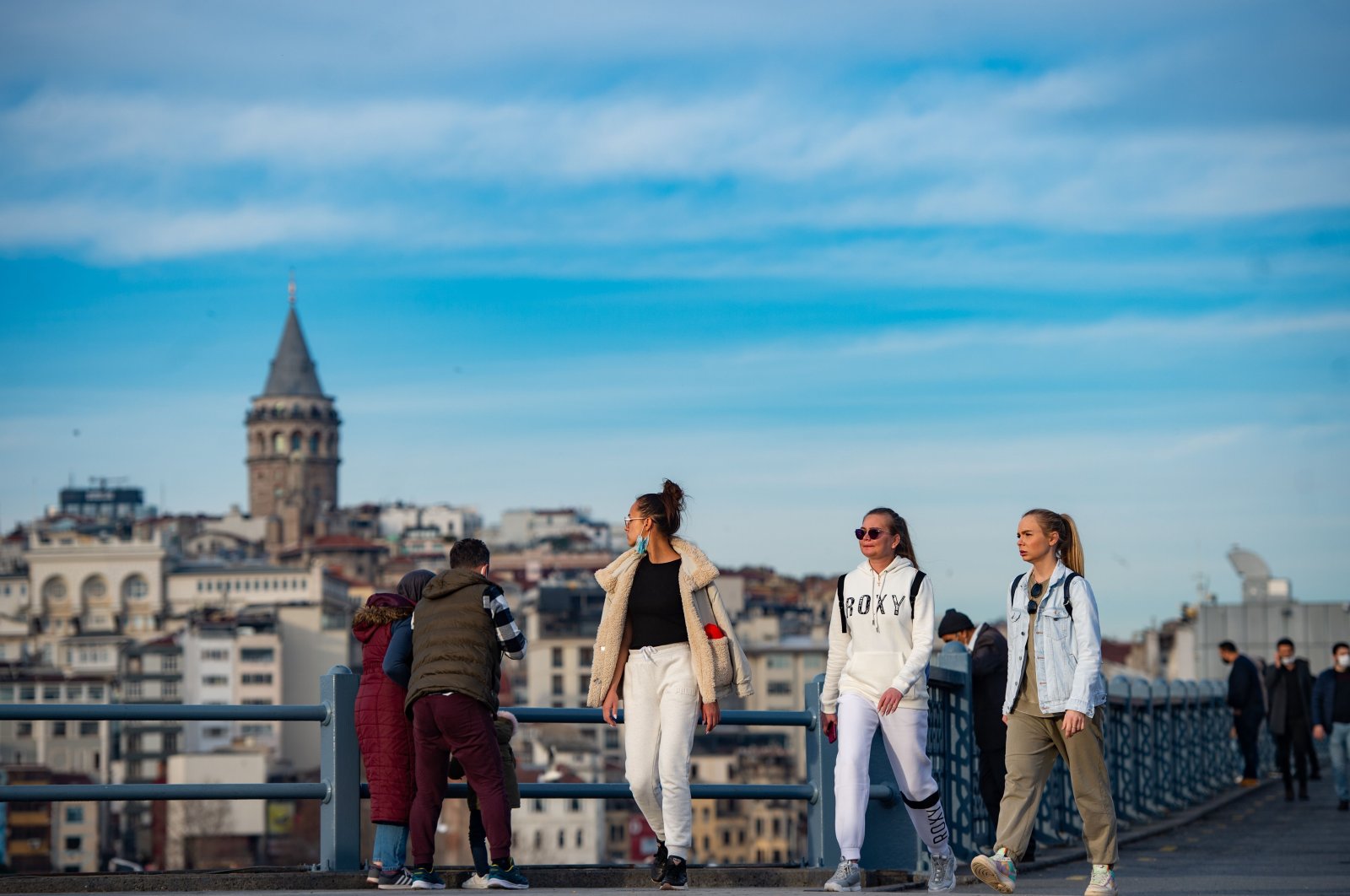 As Turkey is bracing for its harshest lockdown since the start of the coronavirus pandemic, Culture and Tourism Minister Mehmet Nuri Ersoy assured foreign visitors that they are exempt from the round-the-clock curfew, noting that the nation intends to have vaccinated all industry workers before the end of May.

President Recep Tayyip Erdoğan announced Monday that a “full lockdown” would begin Thursday and last until May 17 to curb a surge in coronavirus infections and deaths.

The country's previous lockdowns, whether full or partial, have never applied to tourists, Ersoy said at an event in the Mediterranean resort city of Antalya also attended by Ukraine's minister of culture and information policy, Oleksandr Tkachenko.

Residents will be required to stay home and can only leave the house for groceries and other essentials. Intercity travel will only be allowed with permission, while cafes and restaurants are only allowed to deliver food.

A strict capacity limit would be imposed for users of public transport and certain groups, including emergency service workers and employees in the food and manufacturing sectors, who will be exempt from the new lockdown.

But foreign tourists are free to roam. Turkey’s important tourist destinations “are both open and much more pleasant,” Ersoy said. “In some ways, being a tourist in Turkey is beneficial.”

The crucial tourism industry was severely damaged by the outbreak and related restrictions with over 70% fewer foreign visitors last year than in 2019. Some 12.7 million arrived throughout 2020.

The figure in the January-February period was also down 70.24% year-on-year.

Officials have recently said some 34 million foreign visitors are expected this year, with revenues estimated to reach around $23 billion.

Total daily cases in Turkey peaked above 63,000 on April 16 before dropping sharply to below 37,000 on Monday. The total death toll in Turkey, a nation of 84 million, stood at 38,711 on Monday, Health Ministry data showed.

Touting the country’s Safe Tourism Certification Program, Ersoy said this year they have expanded the criteria to obtain the certificate.

The program was launched last year to ensure strict safety and hygiene measures at accommodation facilities and airports.

Ersoy highlighted that professionals working in the tourism sector, such as hotels, restaurants, travel agencies and airlines, are already being vaccinated.

The rollout of the vaccinations for those working in the industry started earlier this month. It marked a major lift for the sector that has been battling with the fallout of the measures to combat the pandemic.

Aviation industry employees have also been receiving their jabs, including pilots and cabin crews.

The campaign is said to cover more than 1 million workers at facilities and tourist agencies, as well as tour guides and drivers.

By the end of May, their vaccination will be completed, Ersoy added.

“Turkey’s tourism services will be offered in a more controlled and healthier manner compared to last year,” Ersoy said.

Citing data from the embassies in Turkey, Ersoy said the infection rate among tourists who visited Turkey and returned to their countries is very low.

“This is proof of the reliability of certification and the measures taken,” he noted.

Also addressing the meeting, Ukraine’s Tkachenko acknowledged the warm relations between the two countries, praising the Safe Tourism Certification Program and vaccination of the industry employees.

“We want to evaluate the pandemic not just in terms of struggle, but as an opportunity. For the development of tourism cooperation, perhaps we can reduce the measures that have taken place, tourists would be able to come more fluently,” the minister said.

Tkachenko said his country is among those sending the highest number of tourists to Turkey.

His remarks come after Ukrainian President Volodymyr Zelenskiy earlier this month called on his citizens to go on holiday to Turkey as a sign of support after Russia suspended most air travel, citing rising coronavirus infections.

Ukraine was among the most important markets as around 998,000 Ukrainians arrived in Turkey throughout 2020.

Two flights per week between Odessa and Dalaman will start on May 2 and from April 29 flights to Kyiv will fly four days a week.