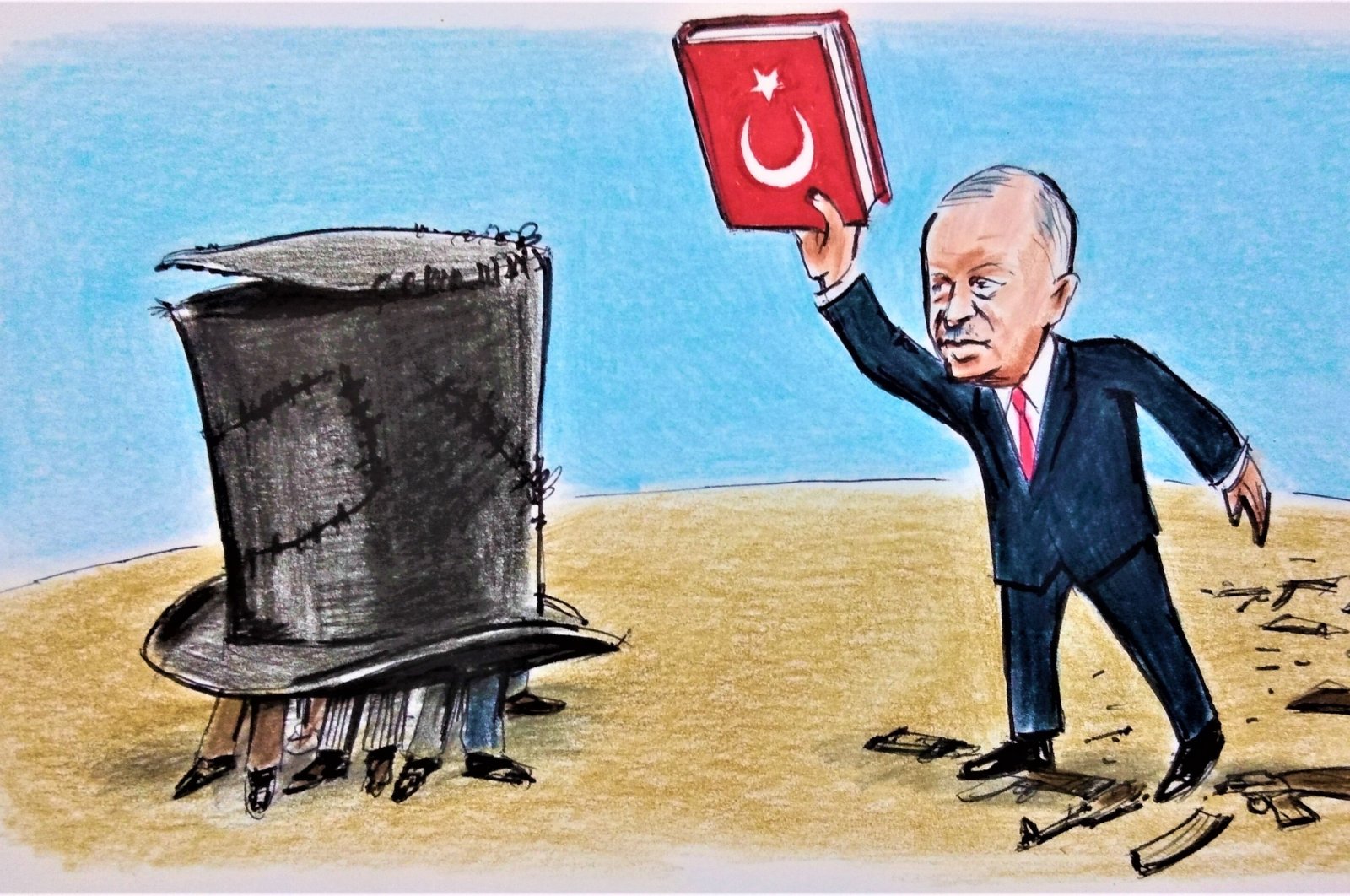 Addressing Parliament’s opening session on Friday, President Recep Tayyip Erdoğan called on all political parties to make their proposals for a new constitution. Reiterating his earlier point that “we have resolved the problem called the Kurdish question,” Erdoğan clarified what he meant by the phrase. “We have prevented the creation of a terror corridor right next to our borders thanks to our new security approach. We have addressed all aspects of the problem called the ‘Kurdish question,’ which all groups, including terrorist organizations, exploit, including rights and liberties, and economic development.”

Keeping in mind that the long campaign for the 2023 election has already kicked off, those two issues are critically important. Both issues are a component of the other and raise other ongoing debates in Turkey. Indeed, what the various groups think about the system of government, the opposition’s search for a presidential candidate, the nature of alliances, the HDP’s future and competing visions for Turkey are shaped by their answers to those two questions. Needless to say, the underlying psychological root of those discussions relates to the opposition’s desire to “defeat Erdoğan at any cost.”

In the debate over Turkey’s political system, the People’s Alliance's solution of a new constitution is being described by the Republican People's Party (CHP) and other opposition movements as the “transition to an augmented parliamentary system.” Yet neither side has a majority in Parliament to reach their goals right away. As such, they talk about constitutional amendments with different political considerations. Specifically, the People’s Alliance views the total elimination of the 1982 Constitution as the zenith of democratization and civilian rule. The opposition, by contrast, approaches the “return to parliamentarianism” as a way to forge an electoral alliance and to nominate a suitable presidential candidate.

Indeed, the media reported that six opposition parties had created a list of proposals for the parliamentary system and were planning to share it with the general public. For that reason, they will obviously reject Erdoğan’s call for all parties to unveil their constitutional proposals. CHP Chairperson Kemal Kılıçdaroğlu was the first leader to turn down Erdoğan’s request by describing that call as “a call on himself and, most probably, the Nationalist Movement Party.” That rejection marks the beginning of an intense debate and a war of words. We must thus brace ourselves for proposals and mutual critiques to manifest themselves in a thousand different ways. Yet the ruling party’s call for a democratic overhaul of the political system is stronger than the opposition’s push to eliminate the presidential system. Still, it goes without saying that voters will be influenced by public discourse and propaganda.

Erdoğan's take on the Kurdish question

President Erdoğan told Parliament that he has implemented a series of reforms and took several steps to resolve the Kurdish question since rising to that challenge in 2005. People used to say that the Kurdish question had three dimensions: counterterrorism, economic development and rights and liberties. Hence Erdoğan’s argument was that all three dimensions had been addressed (including the "terror corridor" in northern Syria). As such, he categorically rejected the HDP’s demands for Kurdish-language education and autonomy.

The opposition, by contrast, seems to be warming up to the idea of Kurdish-language education, whilst thinking of “autonomy” in terms of empowering local governments. Indeed, the HDP’s recently published position paper contained statements that were in sync with the opposition’s tactics. Relieved by Kılıçdaroğlu’s statement that HDP was a legitimate interlocutor, that party returned the favor by blurring its radical demands.

For the record, however, I do not believe that this particular plan will work out. The opposition cannot gain the upper hand in the debates on a new constitution and the Kurdish question without discussing concrete policy proposals and visions for Turkey’s future. The HDP obviously did not (and cannot) give up on its demand for legal status. Ahmet Türk, a former co-chairperson of that movement, spoke frankly about those issues just a few days ago: “Clearly, we yearn for a status for the Kurds, but it is not right to bring it up right away today, before democracy emerges.” He also said that the release of Abdullah Öcalan, PKK’s founder, as well as Selahattin Demirtaş and other HDP politicians, were part of problem that he described as the Kurdish question.

The key question here is not categorizing the Kurdish question. Turkey crossed that threshold many years ago. Indeed, Erdoğan himself says that he addressed all three parts of that problem. The real question is as follows: What exactly is the opposition signing up for, as it jumps on the “Kurdish question” bandwagon? Does it endorse the idea of a Kurdish nation, the demand for status, Kurdish-language education or the release of HDP members from prison?

It would seem that Turkey will witness a radical confrontation over the new constitution and the “Kurdish question” debates ahead of the 2023 elections.