In every field, Turkey and Libya take steps for future 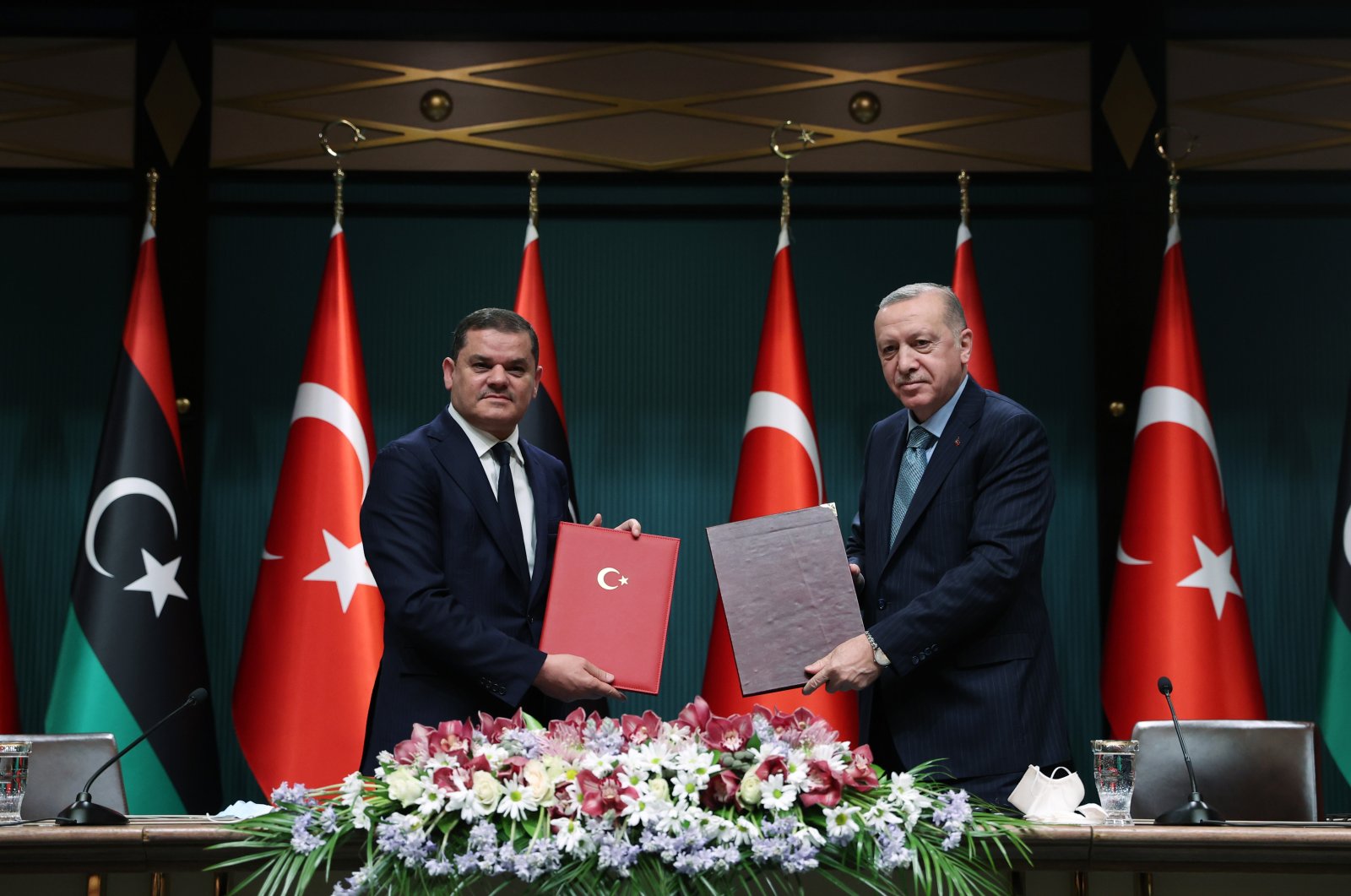 Turkey and Libya enjoy one of the most special bilateral relationships in modern times. Libyan Prime Minister Abdul Hamid Mohammed Dbeibah's latest visit is yet another indication of this remarkable relationship.

After signing two agreements (the maritime delimitation and cooperation and security agreements) on Nov. 27, 2019, with the United Nations-recognized Government of National Accord (GNA), Turkey began providing direct military support to the GNA.

The country managed to prevent putschist Gen. Khalifa Haftar, who was backed by the United Arab Emirates (UAE), Russia, Egypt and France, from gaining control of Tripoli and carrying out massacres in Libya.

In addition, it was only once Turkey secured the GNA's position that the international community and regional actors began to have a direct relationship with the GNA.

Turkey, which has been supporting all constructive steps in Libya, welcomed the appointment of the new Libyan government sworn in on March 15. The head of the new government made his first official visit to Turkey.

According to the explanations made by officials from both sides, the two countries confirmed their commitment to enhancing bilateral relations and the maritime deal.

President Recep Tayyip Erdoğan pointed out that Turkey prioritizes Libya’s sovereignty, territorial integrity, political unity and the welfare of the Libyan people. As mentioned by Dbeibah, Turkey continues to play a vital role in ensuring a permanent and sustainable cease-fire in Libya.

During the visit, Turkey and Libya signed agreements to solve issues in a range of areas, including security, energy, health, infrastructure and construction. The two countries expressed their aspirations, particularly in security reform, the war on terror and cross-border crime, while underlining their determination to improve strategic relations based on mutual interests.

Libya and Turkey stated that they will cooperate in the energy and health sectors and that they agreed to resume Turkish Airlines (THY) flights to Libya. Furthermore, Turkey declared that it would send 150,000 doses of COVID-19 vaccines to Libya.

Importance of the meeting

Dbeibah's visit is of historic importance for three main reasons. First of all, this visit is the Libyan prime minister's first trip abroad since assuming office.

Most observers would agree that any first visit has symbolic significance. By choosing to visit Turkey first, Dbeibah has shown the world that Turkey is considered Libya’s most friendly and strategic partner.

Second, Dbeibah’s visit came shortly after the visits of Italian Prime Minister Mario Draghi and Greek Prime Minister Kyriakos Mitsotakis to Tripoli. The photographs taken during the visits reflected the tension between Libya and other states.

For instance, for many observers, one of the main objectives of the Greek prime minister was to push the GNA to withdraw from the two agreements signed with Turkey.

Third, the importance of the visit is reflected by the number of ministers accompanying Dbeibah. This was the first high-level strategic cooperation council meeting, which was established in 2014, between the two countries.

Dbeibah explained that they want to hold the next meeting in Tripoli. Therefore, Libya was represented by a crowded delegation including 14 ministers and the chief of staff. Each minister held meetings with their Turkish counterparts and most of them have signed specific agreements.

Turkey asserted that it would continue to provide any needed support to ensure the peace, security and welfare of the country. Turkey is determined to contribute to the reconstruction of Libya. Libya awaits the return of Turkish companies, which have a lot of experience working in the country, to carry large infrastructure projects.

According to the joint declaration signed during the visit, the two countries have emphasized the coordinated determination to carry out the political process leading to the Libyan elections set for Dec. 24, 2021.

Turkey will continue to cooperate with the GNA so that the general elections are held on time and to assure that the crisis comes to a close through political means.