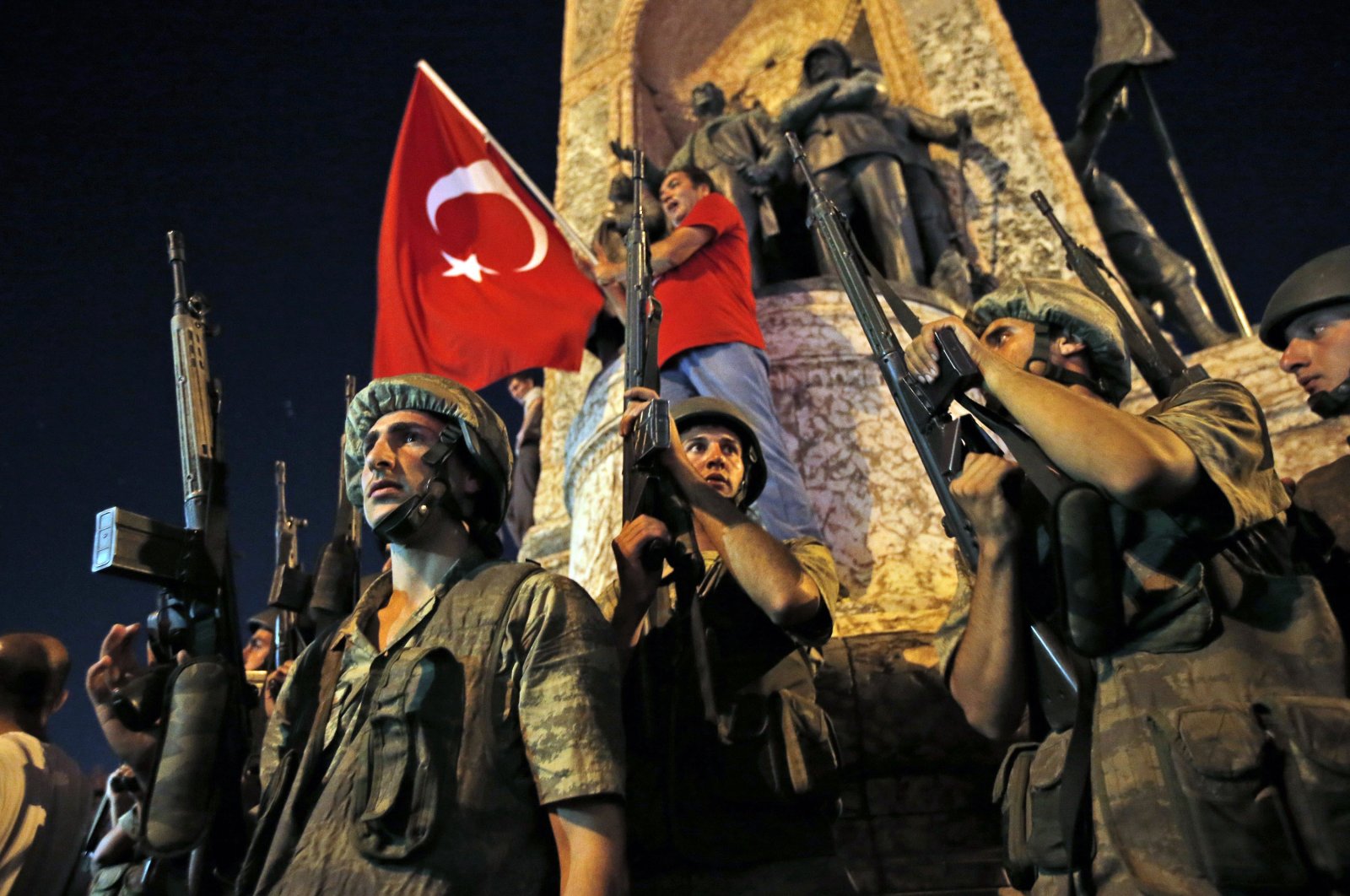 Erdoğan said such remarks were pointless since he is ready to put his life at stake for the sake of Turkey.

Speaking at the ruling Justice and Development Party's (AK Party) parliamentary group meeting Wednesday, Erdoğan said: "He says that he hopes that my fate will be the fate of Menderes. You immoral, hear me out: We set off by wearing our shroud. We are not afraid of death. You are the one who is looking for a hole to escape when death is even mentioned. So, now, are you satisfied with the fate of Menderes? Because you were the ones who prepared that fate."

"I hope Erdoğan does not end up like him, (Menderes)" Altay previously said in a TV broadcast on Tuesday.

Playing the role of opponent for more than two decades now, the Turkish opposition, particularly the CHP is leaning more and more on anti-democratic voices recently, as all attempts at a possible democratic victory have failed to date. Turkish politics is going through a turbulent period as it witnessed multiple anti-democratic reactions over the course of only a few weeks during which several opposition figures hinted at coup attempts as possible means of "salvation" from the seemingly endless cycle of being in the opponent position. As a country with a long history of coup attempts, which have caused deep traumas in public memory, such attempts immediately raise eyebrows in Turkey from not only the government but also the public criticizing the opposition's so-called political approach.

Menderes was the third victim of Turkey’s first coup in 1960 as two ministers, Foreign Minister Fatin Rüştü Zorlu and Finance Minister Hasan Polatkan, were hanged one day before him. The 1960 coup paved the way for more military interventions in the country’s fragile democracy but made Menderes an enduring figure in Turkish politics with his image as a man of the people whose life was cut short by military tutelage’s power over politics.

"Now do you remind us of the same fate?" Erdoğan asked: "We saw this on July 15th, and we turned this country into a grave for those who prepared July 15th."

On the night of July 15, 2016, a small military junta, formed by Gülenist Terror Group (FETÖ) members, tried to overthrow the democratically elected government and assassinate Erdoğan, who was on holiday in the Marmaris district of southwestern Muğla province. The coup plotters, who used heavy weaponry, including fighter jets, helicopters and tanks against pro-democracy citizens that poured onto streets, killed 251 people and wounded nearly 2,200.

"Don't get up and mention that this will be my fate with your press conferences or something. We believe (in the Islamic faith) that 'Every soul will taste death.' That's it. But if there is no such thing in your values, I do not know it. Still, you will taste it too, be aware of it. This is how we continue this journey. This journey is a journey to the homeland and it is a journey to revive this homeland. We said that our soul should be sacrificed in this way and we set out on this way," Erdoğan continued.

Other political figures also lashed out at Altay's remarks. Head of Communications Fahrettin Altun said, "We are always standing up against the enemies of the national will, who openly and desperately threaten Erdogan." Interior Minister Süleyman Soylu also condemned the remarks saying, "These are poor people who do not believe in politics, democracy and the nation, who still see the coup as a means of power." AK Party Spokesperson Ömer Çelik stated, "We challenge those who threaten the national will with death. Do not put whatever you can behind you."

An investigation was also initiated by Turkey's Radio and Television Supreme Council (RTÜK) against the television program on which Altay made the remarks.

Altay's remarks came only a week after 104 retired admirals published a controversial declaration on the Montreux Convention, which was interpreted as a coup threat by many. After Turkey's decision last month to withdraw from the Istanbul Convention, a European treaty aimed at preventing and combating violence against women, with a presidential decree, it came into question whether Turkey could withdraw from other international agreements the same way. In a TV interview, Parliament Speaker Mustafa Şentop said that technically it is possible and gave the example of the Montreux Convention Regarding the Regime of the Straits. Following discussions about Şentop's statements, 104 retired admirals released a statement overnight, warning the government.

The statement triggered strong condemnation from the ruling party and government officials, who drew a parallel with statements that accompanied past military takeovers in Turkey. The admirals responsible were also detained and questioned, only to be released afterward.

Coups are a sensitive subject in Turkey because the military, which has long seen itself as the guarantor of the country's secular Constitution, has staged coups several times in history. After the 1960 coup, in the late 1960s, Turkey went through a difficult economic period that caused unrest throughout the country. On March 12, 1971, a military memorandum was issued to "restore order," but it is widely referred to as the military's second intervention in the Republican era 11 years after the 1960 coup.

Sept. 12, 1980, was another date in the chronology of Turkey’s coups d'etat. The coup that changed the lives of millions today is remembered for its torture, civilian mistreatment and human rights violations that followed. In the aftermath of the takeover, a series of anti-democratic moves were made, ranging from the closure of political parties to the banning of nongovernmental organizations (NGOs) as well as the removal of key politicians, who were briefly exiled, from the government.

Although it did not involve killings, the Feb. 28, 1997, post-modern coup was a turning point in the history of the young republic. The Turkish military, which, at the time, considered even the slightest disruption a "legitimate" attempt to harm the country's security and secular state structure, dealt one of the heaviest blows the Turkish democracy has ever experienced.

The AK Party came to power just after these incidents in 2002 and engaged in a struggle to prevent future military interventions in politics, which gained pace with the latest coup attempt by FETÖ.

Although the coup threats take the lead when it comes to the opposition's anti-democratic and sharp rhetoric against the AK Party government and Erdoğan, there are other incidents where they resorted to methods that have received wide-scale criticism from both politicians and the public. For instance, CHP Istanbul head Canan Kaftancıoğlu recently came under fire for exploiting a photo of a Syrian refugee child Aylan Kurdi, whose dead body washed ashore on a beach at the Turkish resort town Bodrum a few years ago. The official had criticized the government over an unrelated issue and had no need to bring up the tragic image.

The AK Party was founded in 2001 under the leadership of Erdoğan and quickly gained momentum, emerging as the leading body in the Nov. 3, 2002, general elections, receiving 34.28% of the votes. Since then, the AK Party has participated in six general elections – in 2002, 2007, 2011 and June 2015, plus in the November snap elections in 2015 and 2018 – and won them all. As a result, over the last 19 years, two presidents and four prime ministers have been selected from the AK Party. Its clear success record puts opposition parties in a difficult position, and many opt to revert to anti-democratic tactics to gain leverage rather than competing within the democratic realm.