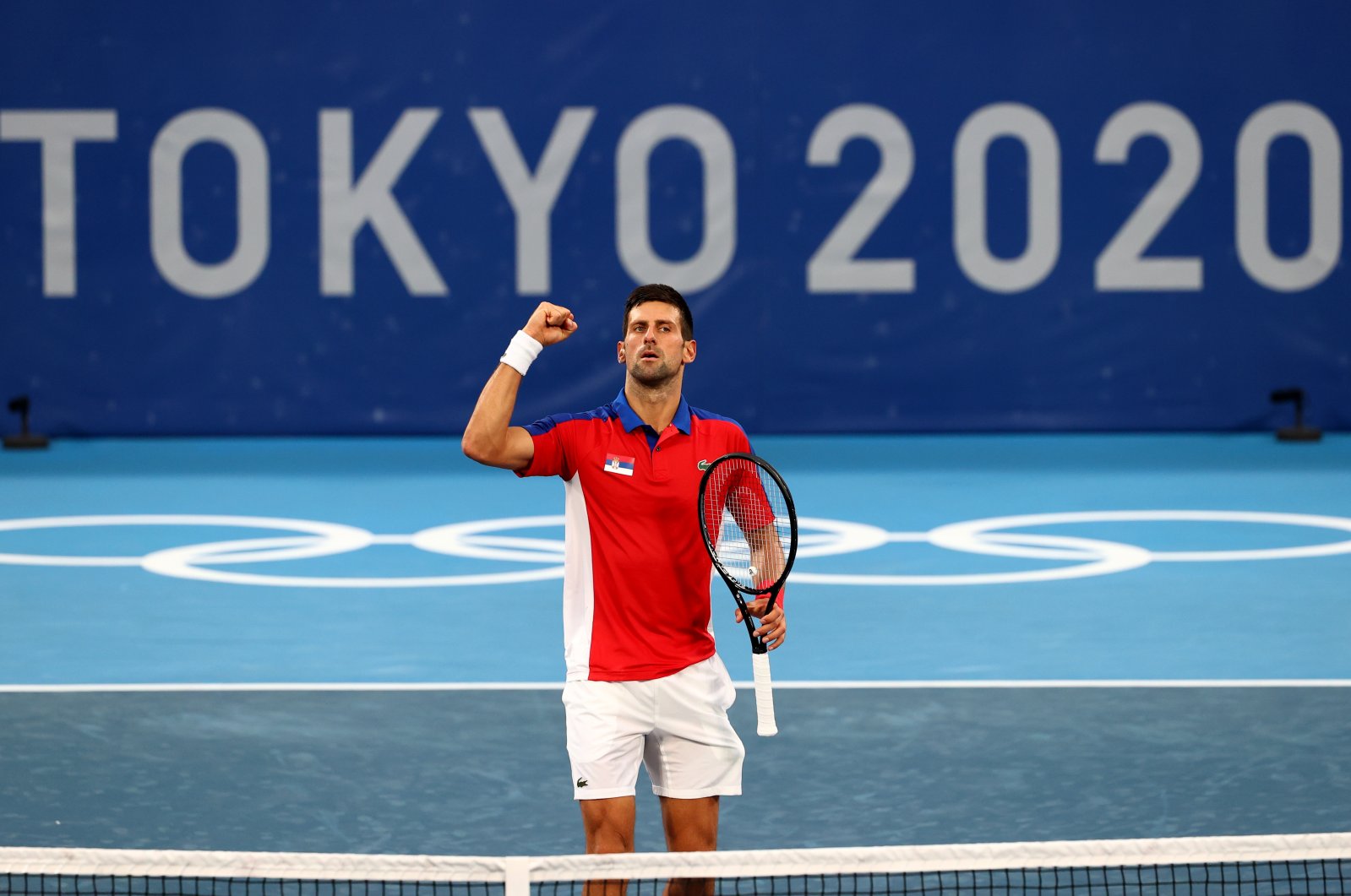 Djokovic edges closer towards a Golden Grand Slam, after already snapping up the Australian Open, Roland Garros and Wimbledon titles this year

Novak Djokovic took a step closer to the elusive Golden Slam as he strolled into the third round of the Tokyo Olympics tennis Monday.

In the women's event, Japanese star Naomi Osaka's path to gold opened up further after a host of leading women's seeds exited.

Djokovic smacked 14 aces in a 6-4, 6-3 win over Germany's 48th-ranked Jan-Lennard Struff and will play Spain's Alejandro Davidovich Fokina for a place in the quarterfinals.

The world No. 1 had led calls for organizers to push back start times to avoid the worst of the punishing heat after blazing sunshine brought the extreme weather policy into play in round one.

But a gentle breeze and slightly overcast skies at Ariake Tennis Park made for less brutal conditions on the third day of the Games.

"I was struggling with certain things in the first round, but today was far more pleasant to play, just a higher level of tennis on my side," said Djokovic.

"I'm very pleased with the way I felt on the court."

As Djokovic edges closer towards a Golden Grand Slam, after already snapping up the Australian Open, Roland Garros and Wimbledon titles this year, he appears unfazed by the rising pressure.

"I think that once you reach the top spots in the rankings and start winning Slams, you're going to experience different kinds of expectations and pressure from yourself and people around," said Djokovic.

"Being a Grand Slam champion and being number one in the world carries a lot of weight."

Osaka raced into the last 16 as she powered past Switzerland's Viktorija Golubic 6-3, 6-2 in just over an hour, playing her second match in as many days after lighting the Olympic cauldron Friday.

"Honestly, I feel like I was a bit more nervous before the match," said Osaka.

"I felt a lot of butterflies, but I think as I started playing and feeling more comfortable, I knew that no matter what it would be a great match."

Before arriving at the Games, Osaka had not played since May, when she walked out of the French Open saying media commitments were harming her mental health.

The second seed is the highest-ranked player left in the women's draw following the shock first-round exit of world No. 1 and Wimbledon champion Ashleigh Barty.

Third seed Aryna Sabalenka was beaten by Donna Vekic in the second round Monday.

"It definitely would mean a lot for me to win gold here, but I know it's a process," said Osaka, who next plays 2019 French Open runner-up Marketa Vondrousova.

"I know that these are the best players in the world and I honestly haven't played in a while so I'm trying to take it one match at a time. But all in all I'm just really happy to be here."

Belgium's Alison Van Uytvanck knocked out Czech 10th seed Petra Kvitova in three sets as Sara Sorribes Tormo backed up her defeat of Barty with a 6-1, 6-4 victory over Fiona Ferro.

Elina Svitolina was in danger of joining the exodus of top players, but the Ukrainian scrapped her way past Ajla Tomljanovic 4-6, 6-3, 6-4.

Medvedev will play the volatile Fabio Fognini in round three, with Spanish sixth seed Pablo Carreno Busta getting the better of Marin Cilic 5-7, 6-4, 6-4.