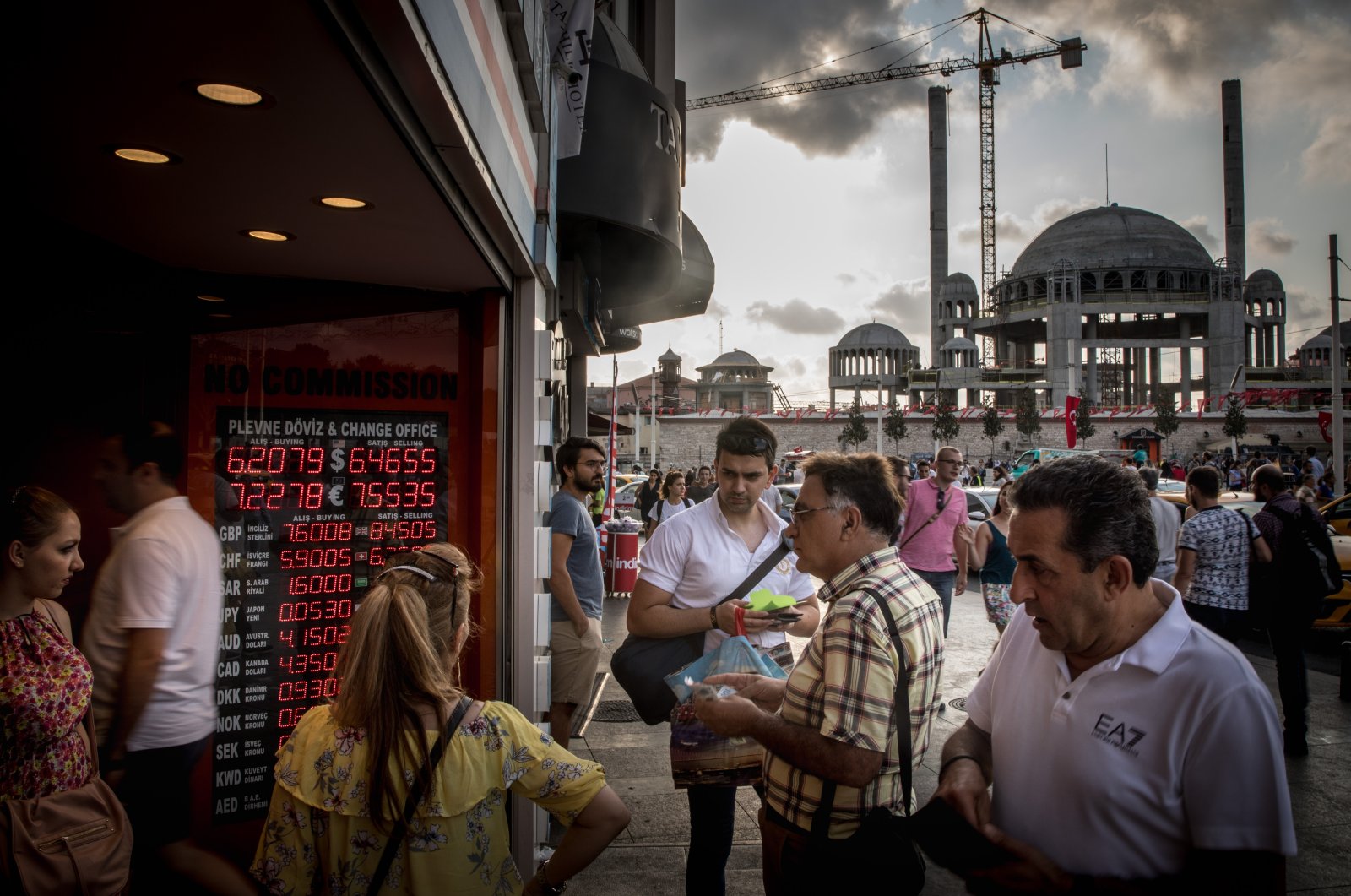 The hard currency holdings of Turkish locals have dropped for a second successive week, as they moved further away from a record high and boosted the prospect that a long-term dollarization trend may be turning around.

The Central Bank of the Republic of Turkey’s (CBRT) new governor, Naci Ağbal, last week said there were signs that Turks were shifting toward Turkish lira assets, suggesting a reversal in dollarization.

He had said the reversal would be an important signal as the central bank decides when to start rebuilding its own foreign exchange (forex) reserves.

Aggressive interest rate hikes since November, when Ağbal was appointed, have led to a 20% rally in the Turkish lira and some $20 billion (TL 139.5 billion) in foreign investment inflows.

In the first two-week drop since September, locals’ forex and precious metals holdings fell by $2.13 billion to $232.93 billion in the week to Feb. 5, according to the central bank data.

Their hard currency holdings had hit a record high of $236 billion last month.

“With them (forex holdings) now sitting at $232.93 billion, the de-dollarization trend looks to have begun, but remains highly conditional on the CBRT’s good work in rebuilding locals’ trust in Turkish assets continuing,” said analysts at Monex Europe.

The reversal in the dollarization trend could encourage the CBRT to begin considering when to hold forex auctions to replenish its reserves.

“We will increase our reserves as a result of a strong disinflationary process emerging and becoming lasting, (and) capital inflows becoming stable and strong, and with the reversal of the dollarization tendency of locals,” Ağbal said.

The governor last month stressed the CBRT would patiently rebuild its reserves and has called off a hunt for foreign swap lines that saw it reach out to Washington, London, Tokyo and other capitals last year.

Ağbal’s comments that the bank would instead opt to rebuild its reserves via auctions is positive for investor confidence, Monex Europe’s analysts said in a note.

“Coupled with the decision to stop seeking swap lines with other central banks, this is a positive sign for the lira and the de-dollarization trend,” they noted.

“I think that the return of Turkish households and corporates to local assets is the natural result of the change in policies implemented by the CBRT and (the Treasury and Finance) Ministry,” said Alvaro Ortiz Vidal, head of Big Data Research and chief economist for Turkey at BBVA Research.

“While foreigners were the first to react, attracted by more attractive interest rate differential, the locals have followed this reaction boosted by the sharp reduction in the risk premium (to below 300 bp),” Vidal told Daily Sabah.

The five-year credit default swaps (CDS), a significant indicator of the risks pertaining to the country’s economy, last week dropped below 300 points for the first time since March last year. The CDS was above 500 for much of last year.

The lira rallied 1% to below 7.0 versus the U.S. dollar for the first time since early August on Monday, extending three months of gains on expectations of tight monetary policy for a long time to come.

The currency rallied from a record low of 8.58 against the dollar in early November after President Recep Tayyip Erdoğan pledged a new market-friendly economic era and appointed Ağbal as the CBRT chief.

Vidal said the reversal “shows that the new strategy by Turkish policymakers is in the right direction.”

“I think that perseverance in these policies will make the de-dollarization process to accelerate,” he noted. Vidal further noted that the main pillar of the strategy should be to perseverate in the actual stance and monetary policy.

The central bank has hiked the policy rate to 17% from 10.25% since November. It is expected to hold steady at a policy meeting on Thursday, even as inflation rose to nearly 15% last month.

The anti-inflation strategy should continue to be the CBRT’s focus, Vidal noted.

Consumer prices are set to edge higher for a few months before slowly declining to the bank’s forecast of 9.4% by year-end. The bank aims for a 5% inflation rate in the medium term.

Once this is achieved, Vidal stressed, “the de-dollarization should speed up.”

“If they perseverate, the de-dollarization process will accelerate and the process to rebuild FX reserves will react positively as well," he said.

A panel of economists surveyed by Anadolu Agency (AA) on Friday also forecast that rates would remain unchanged.

In a note on Monday, ING also said the CBRT would likely hold the policy rate steady, preferring to wait and see the impact of its prior moves.

“In addition to concern about inflationary pressures, the CBRT is also mindful about the level and composition of reserves, high dollarization and the need to maintain capital flows while it waits to see the impact of previous policy moves,” the bank said.

Analysts at Monex Europe also said that the bank would likely stay put on its policy decision, as real rates remain positive and the lira recovery continues.

“With inflation printing just over 2 percentage points below the one-week repo rate in January, markets don’t expect further rate hikes to be forthcoming,” they said in a note.