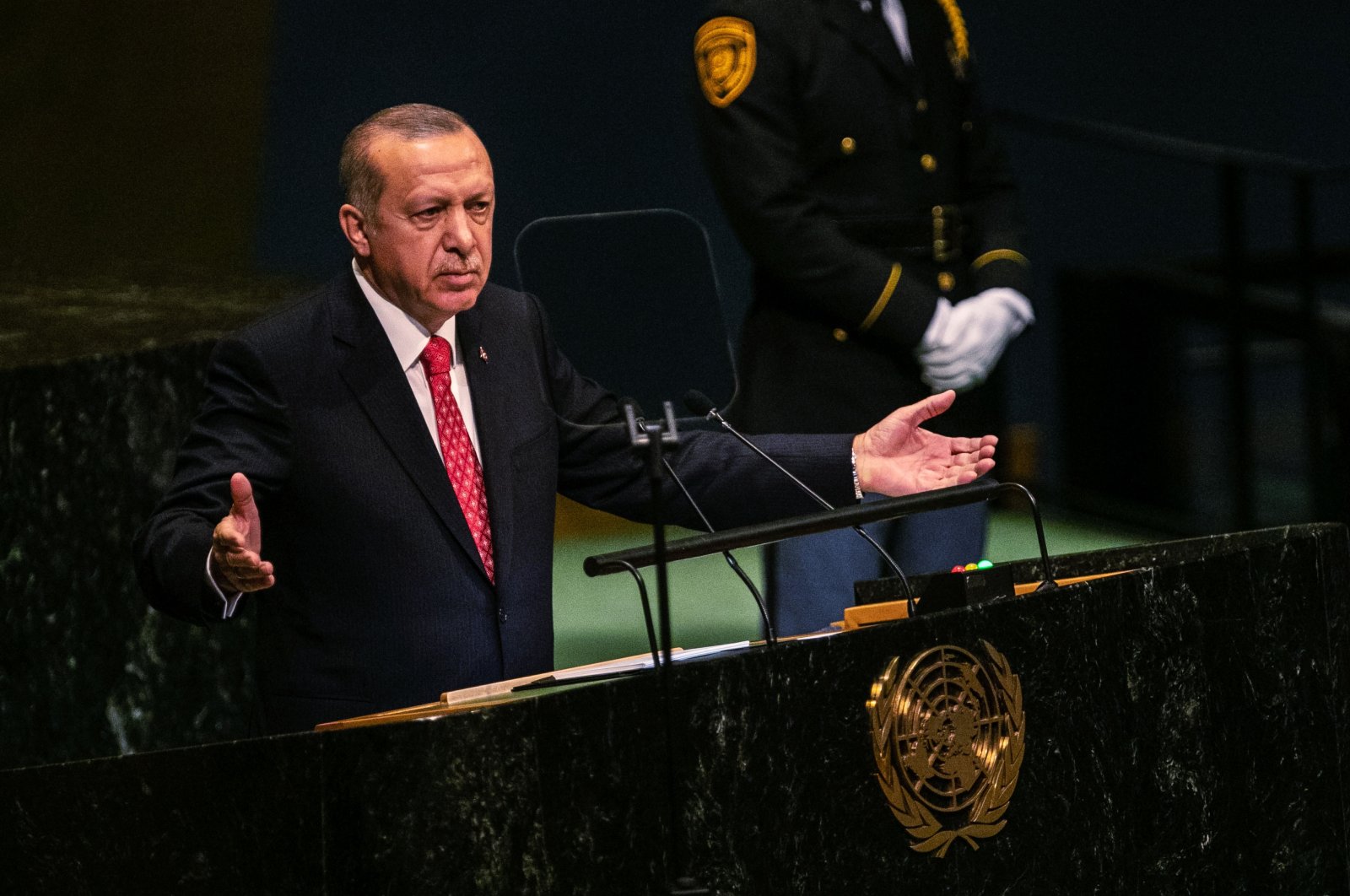 The opposition, which accuses Erdoğan of collaborating with the U.S. on the issue of Afghan refugees, is trying to give Erdoğan lessons in anti-imperialism. It is ridiculous to criticize a leader who has consistently shown a clear and strong stance against imperialism for many years

President Recep Tayyip Erdoğan has been engaging in diplomacy on the situation in Afghanistan. Whereas governments elsewhere are still trying to get over the shock of the Taliban’s rapid

return to Kabul, Erdoğan engages with fellow leaders to facilitate the formation of a transition government and to prevent irregular migration.

The Taliban know that Afghanistan’s new government must include representatives from various social groups in order to achieve international recognition, liberate itself from sanctions and attract foreign investors. The possibility of a transition period, which could last a couple of years, became stronger in light of the Taliban’s dialogue with former President Hamid Karzai as well as Abdullah Abdullah, who led the High Council for National Reconciliation, and Gulbuddin Hekmatyar, the leader of Hezb-e Islami.

As Defense Minister Hulusi Akar stated, Turkey is ready to withdraw from Afghanistan within 24 hours if the Taliban adopts an exclusionist and revanchist position. That’s why the international community needs to push for a "transition government" – for the sake of the Afghan people and regional stability.

Europe’s leaders, who are concerned about the potential influx of Afghans, appreciate the Turkish president’s attempt to develop a joint response to that common threat of migration. Yet, Turkey’s major opposition parties appear to be out of touch with reality.

Main opposition Republican People’s Party (CHP) Chairperson Kemal Kılıçdaroğlu and Good Party (IP) Chairperson Meral Akşener respond to all of Erdoğan’s foreign policy initiatives by going negative. Nowadays, they attempt to link foreign policy to asylum-seekers as part of a populist campaign. Having realized that their anti-refugee rhetoric is capable of inciting communal violence, as in the lynchings in capital Ankara's Altındağ, those opposition leaders launched another smear campaign. First, they accused Erdoğan of having reached a secret agreement with United States President Joe Biden to admit refugees. That claim was promptly rejected by the U.S. Embassy in Ankara.

Later, the two opposition figures took advantage of a mistaken attribution by the BBC’s Turkish service to the British defense minister. Britain, they said, was going to build refugee camps in Pakistan and Turkey. They added that the Turkish president had reduced himself to a subcontractor for Britain.

Ironically, the opposition currently launches an "anti-imperialist" attack on Erdoğan, whom they regularly accuse of having weakened Turkey’s relations with the Western alliance. I used to take issue with the opposition’s reluctant or passive discourse on foreign policy, when they asked why Turkey had a military presence in Syria or Libya.

At the time, I blamed the opposition’s objection to Erdoğan’s willingness to escalate tensions with the U.S. and the EU on their inability to make sense of great power competition in this chaotic world. In other words, I assumed that their concerns were rooted in their commitment to an isolationist foreign policy. Yet I fail to understand why they would accuse the Turkish president of “bowing to the demands of imperialists” in his country’s relations with the U.S., the EU and the United Kingdom.

For the record, it is virtually impossible to play the anti-imperialism card against Erdoğan, who has fought against the "guardians" at home and abroad in all periods of turbulence since 2013. Does the opposition not know what Erdoğan has been telling the U.N. General Assembly in defense of Turkish interests and to raise awareness about global injustices?

Is it not clear to everyone that he has been a vocal critic of the U.N. Security Council’s current structure as well as civil wars, humanitarian aid, the migration regime and Islamophobia? Was Erdoğan not demonized by American and European media outlets for criticizing Western leaders? Didn’t Western journalists accuse him of blackmail and urge his opponents to resist? Don’t Muslims around the world appreciate Erdoğan for being the most vocal critic of injustice?

Accusing the Turkish president of “failing to defend Turkey’s national interests against the West” is the least effective way to criticize Erdoğan. Here’s a word of advice to the opposition: You cannot possibly sell Erdoğan’s supporters or opponents on this discourse of “anti-imperialism.” If anything, that rhetoric may backfire on the opposition itself.