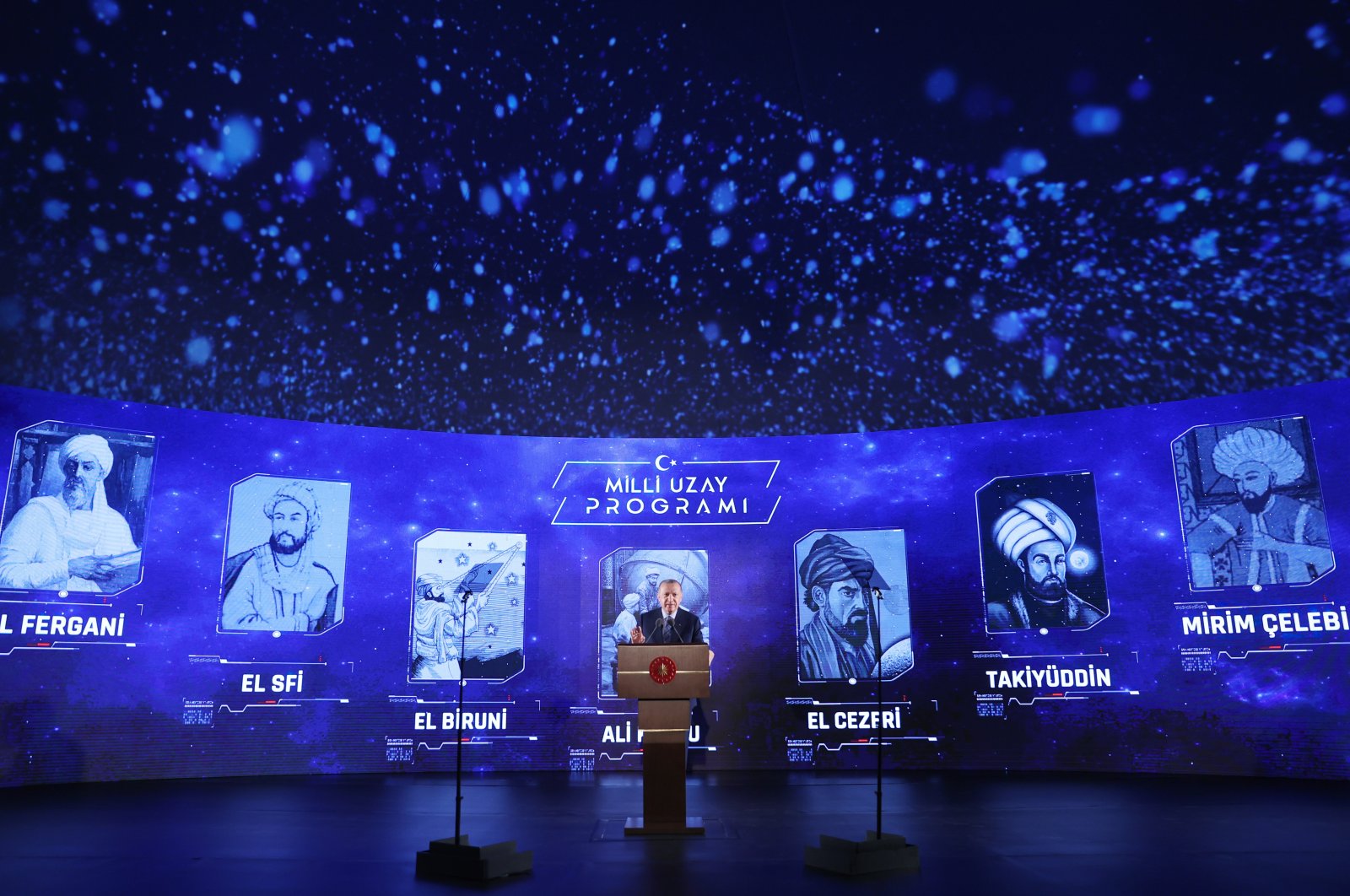 President Recep Tayyip Erdoğan recently unveiled a 10-point space program that aims to enable Turks to explore space in the next decade, setting ambitious goals such as landing on the moon in 2023. The program also aims to send a Turkish astronaut into space and begin the manufacturing of rockets.

Dubbed as the National Space Program, the landmark road map is based on two years of research by the Turkish Space Agency (TUA), which was established in 2018.

Indeed, Turkey's desire to explore space dates back to the beginning of its history. Turks' first important and still present space explorations and approaches were made in the eighth century in Central Asia. Other essential scholars further developed it during the Seljuk and Ottoman era, such as Cacabey and Ali Qushji.

It is a fact that the program alone is exciting; however, there are also (geo)political and military interests behind it, similar to the case of NASA.

In principle, a space program can solely serve scientific purposes or serve military goals simultaneously as in the United States. The decisive factor here is the overall picture. From Turkey's point of view, there is a clear security policy interest here, which is also evident from the National Space Program.

Turkey has gained significant momentum in foreign direct investments (FDIs) and mega projects in recent years. Despite the pandemic, it has recorded a booming economic growth of 6.7% in the third quarter of 2020. This makes Turkey one of the few countries that have recorded economic growth despite curfews and travel restrictions. Particularly, the recent achievements can be listed as;

Ankara's proper geopolitical positioning and foreign and security policies lie behind those achievements. Turkey has managed to step out of the Atlantic system, meet the U.S. on equal footing and upgrade its geopolitical position with regional or global players such as Iran, Russia, and China to become an important regional actor.

However, for further and lasting success, Turkey must now grow out of itself, strengthen its regional alliances, reaffirm its economy and trade volume, fully achieve its technological and military independence and come to terms with itself and its history.

For a robust foreign policy and a thriving international appearance, it is time to settle all internal disputes and reconcile with Turkish history. The National Space Program is here to be able to accomplish all of this.

First, the space program is fascinating to the entire younger generation – regardless of their political views – as Turkish people are intrinsically enthusiastic about space exploration.

Secondly, new career prospects are now opening up for young Turks as the once "American dream" for space is now becoming a reality.

The program builds on the findings of early Turkish astronomers and space researchers such as Farghani in the Middle Ages, whom Erdoğan had presented at the program's ceremony.

The aim is to further develop their achievements. That can maybe be achieved with inspiring stories of Turkish space researchers such as Arsev Eraslan (with the help of whom the Apollo 11 mission could be completed) or the Özmen-couple, who runs a space corporation named the Sierra Nevada.

Meanwhile, the National Space Program also fulfills the wish of founding leader Mustafa Kemal Atatürk, who once said "the future is in the skies," to pursue sky and space exploration. That may help bring together conservative and Kemalist circles in the country.

The program is also expected to create new faculties and increase human capital with incentives being a pull factor for a highly qualified workforce. This, in turn, will go along Turkey's expanding technical capability in space and military areas, which go hand in hand, as NASA has shown us.

Furthermore, Turkey will draw on other states' existing know-how and install a launchpad for its rockets in an alliance state near the equator.

Agreements are to be signed with Russia, China, the U.S. and other countries to enable joint space missions and exploration and space-related joint production.

Turkey will reaffirm its regional cooperation with countries vital to it.

The mutual exchange of technology will enable Ankara to meet the same states on an equal footing. The partnership will strengthen Turkey's geopolitical position since joint and close collaboration in such an essential and expensive research field will influence all participating states in their political decisions.

Similarly, the production of high-tech satellites will open up new markets for Turkey both at home and abroad as numerous procurement and sales markets will emerge and as many developing and allied countries will rely on Turkish products.

There will be an overall windfall profit that will increase Turkey's gross domestic product (GDP) and its foreign trade volume and strengthen its geopolitical position further.

States hostile to Turkey will be deterred by Ankara's foreign policy and economic potential and its allies such as Azerbaijan which will likely buy these products just as it had bought Turkish drones that played an essential role in the Nagorno-Karabakh conflict.

As a consequence, the program will provide Turkey with a geopolitical counterweight to regional alliances such as those of Greece, Israel and Greek Cyprus, which, with the help of the West, seek to corner Ankara in the Eastern Mediterranean, the Aegean, northern Syria, Iraq and even western Thrace.

In addition, the bilateral relations with the European Union will also change as a new balance will be established in the accession negotiations and trade relations.

Most importantly, Turkey will complete its independence movement in its security policy and defense industry.

By exploring space, Ankara not only wants to gain knowledge of military engineering systems but also plans to build GPS satellites and send them into the atmosphere.

Consequently, Turkey would be able to use these satellites for intelligence, civil and military purposes such as conducting operations without being hacked, militarily tracked or without Ankara having to rely on information from U.S. GPS networks.

If Turkey succeeds in this, it will soon be able to compete with global players. Likewise, it will then be able to consistently defend all the rights to which it is internationally entitled in the region and effectively combat terrorism in and around Turkey.

Undoubtedly, this will primarily affect the region, which, in turn, will further increase Turkey's deterrent potential.