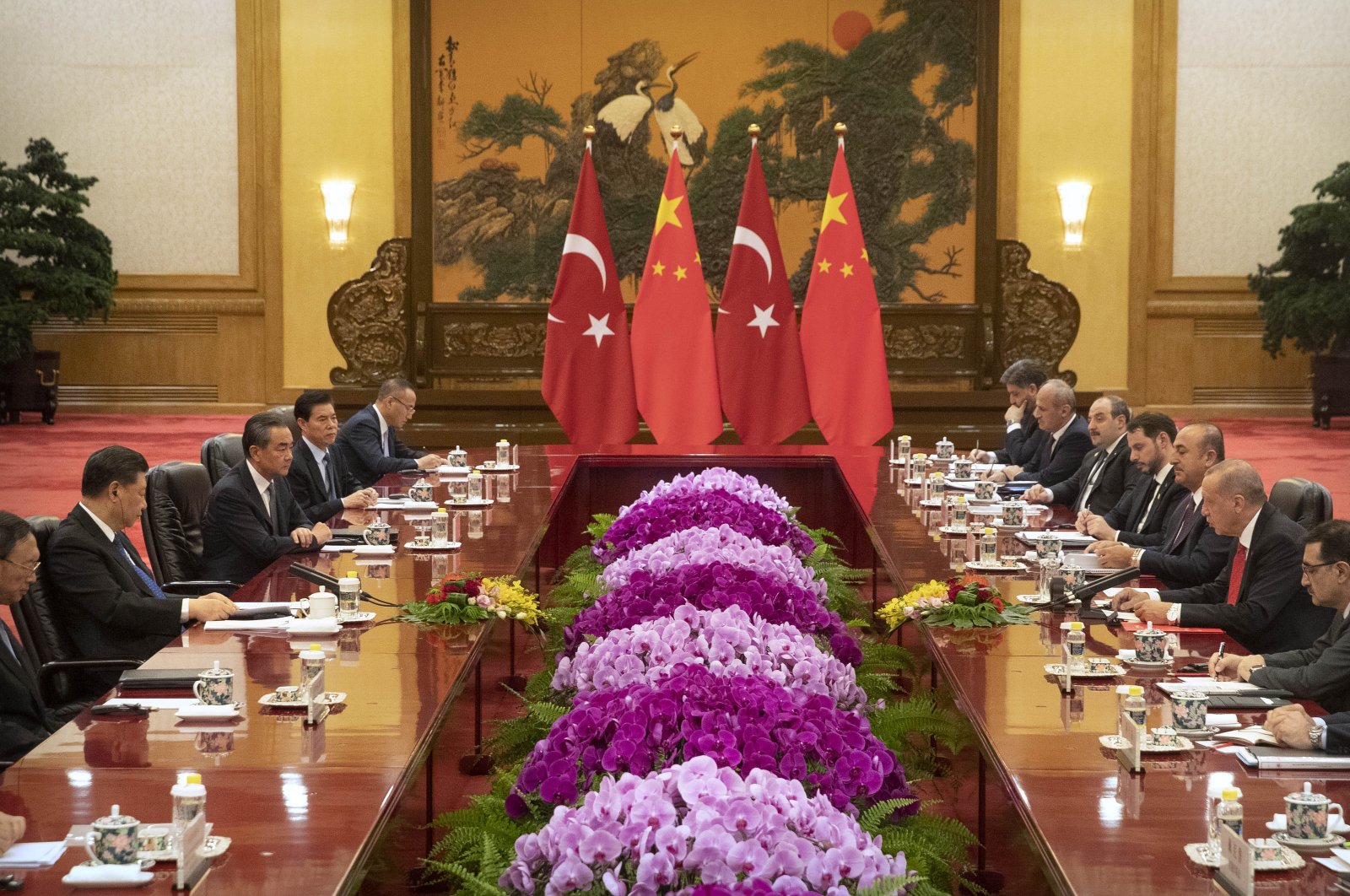 Turkey and China have had internal, regional and global issues for a long time. However, when compared, China is a bit ahead in achieving its goals due to several reasons.

The membership of the World Trade Organization (WTO) and reforms initiated in China following the death of leader Mao Zedong are usually classified as the headway to China’s rapid integration into the world economy.

Some believe that China's one party-system has also played an important role in such achievements. Beyond the ideology, the Communist Party of China (CCP) has revealed the capabilities and talents of Chinese people and invested in mostly the right moves over the last several decades.

The CCP has also faced competition among those vying for leadership positions. However, the party has never faced any issue in winning elections, making a significant contribution to the focus on one-party-made plans by those elected by the National People’s Congress.

Another significant point is that the Chinese regime under President Xi Jinping has declared war on corruption and announced harsh punishments for those who break the law.

It is a fact that China has copied technology from the West, innovated or upgraded it and sold these “advanced” versions to other countries. That is possible only because of China's quick response to changes. Therefore, China has achieved its success in line with its understanding of the world.

What step is Turkey at?

Turkey can also do much better if it adopts a model that reflects the Turkish understanding of the world. Turkish people should stop their youth from hoping to invest their productive years in acquiring a car or a house. They can interpret economics, which may include the best practices of the West and the East, and implement them.

Turkey became a WTO member in 1995. However, Turkey’s short-lived or coalition governments, relations between military and civil governments, and excessive politicizing resulted in Turkey falling behind China.

The progress in today's defense and independent foreign policy confirms the great capability of the Turkish people and state. Back in 2002, Turkey had chronic major problems, which then led people to elect the Justice and Development Party (AK Party). If the governments before the AK Party had been firm, Turkey could have had a stronger economy. Unfortunately, some governments ruled the country for even less than one year.

The AK Party came to power because the Turkish public was not willing to let the country be governed by short-term governments anymore. This view is still widely held among Turkish voters.

The AK Party has been ruling Turkey for almost two decades. There are a number of achievements, as well as some disappointments, in this long period.

Here is a list of 12 points showing the major achievements of Turkey under the AK Party since 2002.

What are the failures?

On the other side of the coin, there are areas where the AK Party, in my opinion, could have made better choices. Here is a list of five points:

Turkey still needs a strong ring of inspection, cooperation and supervision. For example, a businessperson told me several days ago that: “Yes, some major companies get the incentives and aids. But we should also check how they use the money and how much they contribute back.”

I agree with that point. Turkey provides enormous advantages and initiatives regardless of the size of the company, encouraging me and others to convince those around us to invest in Turkey.

At the end of the day, Turkey should be able to inspect the activities of the companies. Training local businesspeople and improving strategies to lure foreign and Turkish experts will be highly beneficial.

Devising ways to resolve common arguments over ideological ones will help Turkey reach its desired developmental goals faster. There are still supporters who believe that having high-rise buildings show the economic development of a country. The Ottomans ruled the three continents with low-rise madrassas, the higher education institutions of Islamic civilizations, for over 600 years.

China's initial strategy was transforming agriculture. There are many disagreements among family members in Turkey due to land issues and high input costs. For example, my uncle and aunts lived off agriculture and animal husbandry. The total number of their children is 21. Four out of 21 are of school-going age. One out of the 17 older children lives in the village. The rest have taken up jobs in cities.

The world is at the point where only self-sufficient nations will survive. Therefore, in the post-coronavirus period, let’s initiate a project to give 100,000 students (primary, secondary, high schools) and individuals below 35 who have achieved something in their lives the chance to go abroad. The duration of these international visits could be 10-15 days to broaden their perspectives. In this regard, Germany, the U.S., the U.K., Africa, Malaysia, Indonesia, Vietnam, Singapore, South Korea, Japan, Russia and China could be some potential destinations.

I humbly listed points that I believe could benefit Turkey’s future. The AK Party and all others in the Parliament should be focusing on how to make Turkey stronger. Both globally and regionally, the necessary steps should be taken during this period.