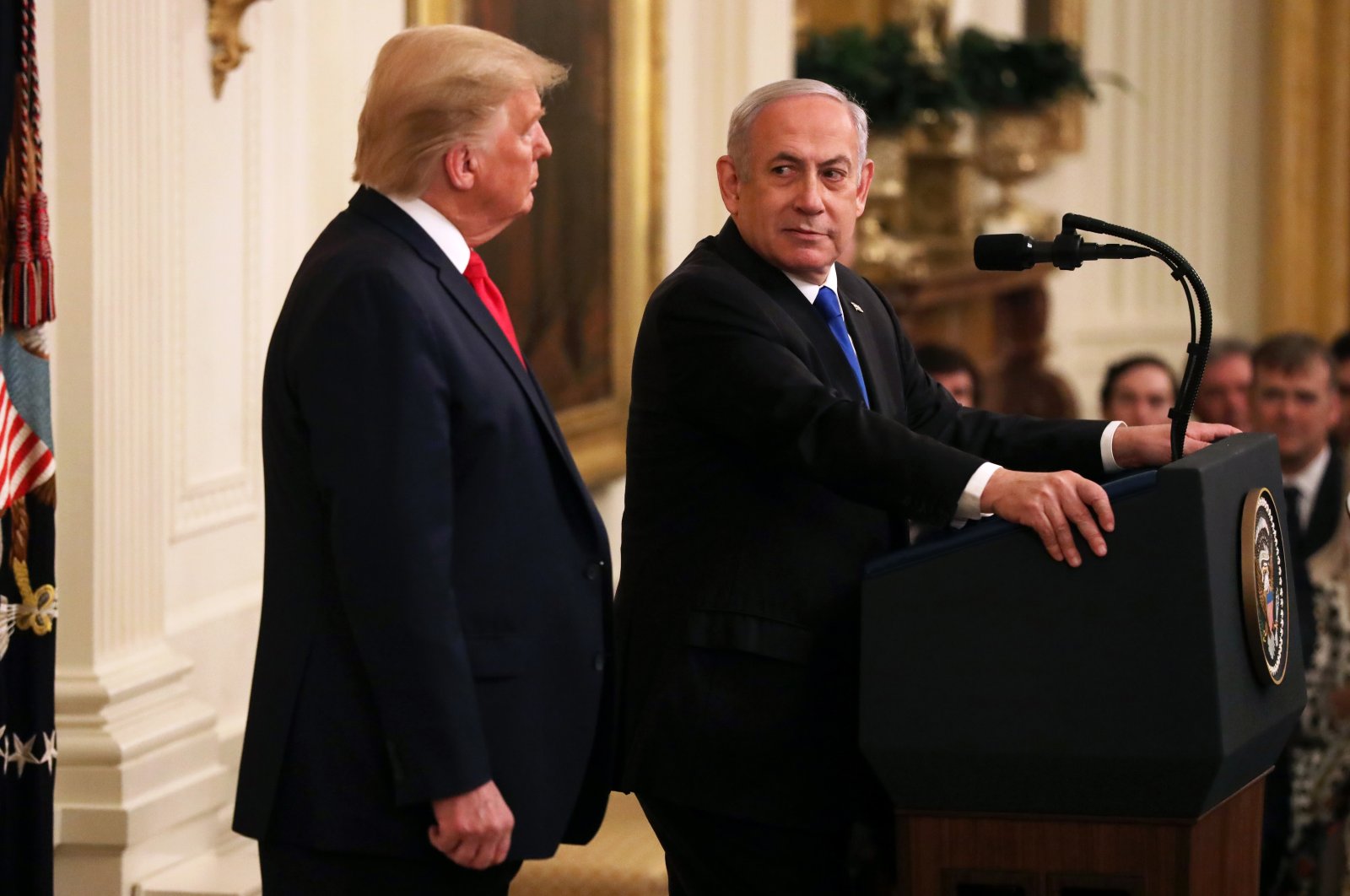 When Joe Biden took office in Washington, the first thing Israeli Prime Minister Benjamin Netanyahu did was congratulate him and remind him of their 40-year friendship.

Netanyahu said he was looking forward to working together and urged him to continue expanding peace between Israel and the Arab world.

He also called for cooperation to confront common challenges such as the threat from Tehran in particular.

Earlier, the Israeli prime minister had posted a farewell message to former U.S. President Donald Trump, expressing his appreciation for what he had done for Israel and the Middle East.

For four years, Israel reaped the benefits of close ties between Netanyahu and Trump. The U.S. pursued a Middle East strategy largely aligned with Israeli interests such as pursuing a tougher stance on Iran.

Trump even recognized Jerusalem as Israel’s capital despite Palestinians’ claims to the holy city as their future state capital. He also cut off aid to Palestinians, including to refugees and Jerusalem hospitals.

On the other hand, in a drive led by Trump’s son-in-law Jared Kushner, Trump’s White House focused efforts on winning the United Arab Emirates (UAE), Bahrain, Sudan and Morocco to normalize ties with Israel.

It was indeed not truly a peace deal as these countries have never been at war and have had low-profile exchanges with Israel in the past.

However, these public ties smashed the widespread isolation of Israel in the region – a decades-old policy the Palestinian leadership saw as vital leverage in its struggle for independence.

Trump’s so-called peace plan heavily favored the Israeli side, allowing it to keep almost all of Jerusalem, annex the Jordan Valley and all other settlements located in the West Bank.

Under Trump, the U.S. changed its long-standing approach to settlements and U.S. Secretary of State Mike Pompeo announced in 2019 that the U.S. no longer considers settlements illegal under international law.

Weeks later, U.S. Customs and Border Protection (CBP) said it would begin labeling products from the illegal settlements as “Made in Israel.”

According to the anti-settlement Peace Now organization, Israel approved plans for over 27,000 settler homes during Trump’s four-year term, more than 2.5 times the number approved during the Barack Obama administration’s second term,

After Biden returned to the White House, many Israeli leaders feared the clashes that marked Obama's last years and his openly frayed ties with Netanyahu would resurface.

In his speech on Feb. 4 at the U.S. State Department, Biden presented a foreign policy vision in stark contrast to that of Trump. Biden says he is committed to restoring the U.S. engagement and leadership in the international arena and intends to return the U.S. diplomacy to the core values of liberty and human rights.

Now, Netanyahu will face a Biden administration restoring world order again. He will find himself facing increasing difficulties on a whole range of issues, including a possible return to some form of the Iran nuclear agreement and the U.S. support for Palestinians.

Additionally, Biden’s interest in renewing alliances with Europe will give it a greater voice for its position on the Palestinian issue.

For four years, Trump has given Netanyahu much of what he wanted at the expense of Palestinian rights. Therefore, Biden's promises are vital to follow.

Still, Biden will not reverse Trump’s controversial recognition of Jerusalem as Israel’s capital.

U.S. Secretary of State Anthony Blinken indicated that Biden would try harder to pursue a separate Palestinian state but acknowledged the difficulties.

“The only way to ensure Israel’s future as a Jewish, democratic state and to give the Palestinians a state to which they are entitled is through the so-called two-state solution,” Blinken said.

But he added: “I think realistically it’s hard to see near-term prospects for moving forward on that.”

“What would be important is to make sure that neither party takes steps that make the already difficult process even more challenging,” he stated.

Netanyahu is against the very two-state solution and courts with the annexation of Judea and Samaria. His government calls the West Bank part of an apparent drive to prevent the creation of a viable Palestinian state.

Israeli commentators have dubbed Netanyahu “the undertaker of the two-state solution” – the longstanding plan for two separate states coexisting side-by-side, which has hitherto underpinned the internationally sponsored peace process to resolve the Israel-Palestine conflict.

If this is implemented, Netanyahu's latest annexation proposals would permanently be buried in an unmarked grave.

Now Israel has every reason to believe that things will be different under Biden and that it won’t be able to build and approve settlement constructions the same as under the Trump presidency.

As the U.S. vice president during a visit to Israel in 2010, Biden criticized Tel Aviv's settlement policy openly and the approval of homes constructed in the neighborhood of Ramat Shlomo in East Jerusalem.

In 2016, he also said, “The Israeli government’s steady and systematic process of expanding settlements, legalizing outposts, seizing land, is eroding in my view the prospect of a two-state solution.”

During his electoral campaign, he said that Israel “should stop the expansion of West Bank settlements and talk of annexation that would make two states impossible to achieve.”

Biden enjoys a decades-old reputation as pro-Israel. His tales of meeting "Golda Meir" in the 1970s, and being told by his father that one need not be a Jew to be a Zionist were long ago committed to memory by Israeli officials.

Nevertheless, his remarks pledge that he will try hard to stabilize the situation, will not allow any unilateral actions by Israeli and will be more evenhanded in the Israeli-Palestinian conflict.

If he fails to keep his promises, his reputation in the Middle East will suffer greatly.