'Closer Turkish ties with Egypt, Saudi Arabia can be game-changer' 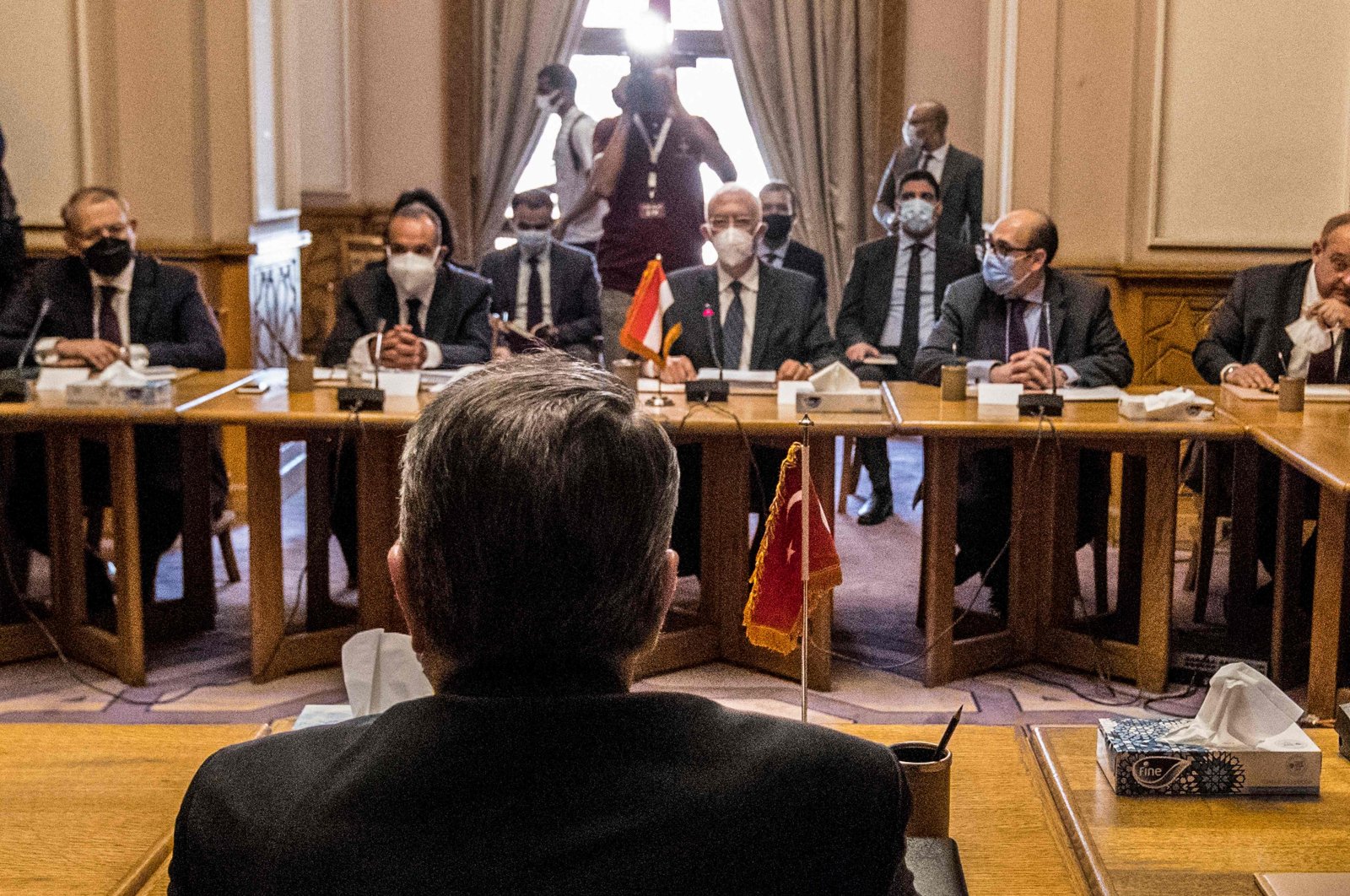 Underlining peace and stability in the region would contribute to all regional actors’ interests, experts say cooperation can also work as a locomotive for other countries that would like to join

Any progress in Turkey's relations with Egypt and Saudi Arabia could be a game-changer for the whole region, experts say, amid Ankara's recent diplomatic initiatives to normalize its ties with both countries, noting that peace and stability in the region would contribute to all regional actors’ interests.

Speaking to Daily Sabah, Ahmet Uysal, head of the Center for Middle Eastern Strategic Studies (ORSAM), said it is very important for regional powers to build dialogue to resolve regional issues together without the intervention of third parties, especially during a period when almost all regions in the world have been facing crises.

"When regional actors could not find proper solutions to their own issues, the intervention of other global powers could not meet the needs of people in the region," he said underlining the importance and necessity of Turkey’s recent efforts along with Egypt and Saudi Arabia for dialogue.

Ali Bakir of Qatar University’s Ibn Khaldon Center also told Daily Sabah that any progress in relations between Turkey and Egypt or Turkey and Saudi Arabia could transform the region for the better.

"Not only does cooperation between any of them have the potential to alter regional balances, but it can also work as a locomotive for other countries that would like to join," he said.

Last week, a delegation of senior Turkish officials paid an official visit to Egypt to discuss normalizing diplomatic relations amid efforts from the two countries to improve the bilateral ties that deteriorated following the Arab Spring.

The talks between the Turkish and Egyptian delegations during their two-day visit to Cairo were “frank and in-depth,” the Turkish Foreign Ministry said in a statement later, adding that the two countries will evaluate the outcome of the round of consultations and agree on the next steps. Closer ties between Turkey and Egypt will make a significant contribution to regional peace and development, senior Turkish officials also said, underlining the positive atmosphere of the recent diplomatic talks aiming to mend ties that have been broken for almost a decade.

Earlier this year, Turkey said it had resumed diplomatic communications with Egypt and wanted to improve cooperation after years of tensions that began with the disruption of relations in 2013. On April 15, Foreign Minister Mevlüt Çavuşoğlu announced in a live broadcast that the two countries had agreed the channel of communication, first opened between Turkish and Egyptian intelligence, would continue through the foreign ministries. After an inter-delegation meeting, Çavuşoğlu expressed his willingness to meet with his Egyptian counterpart as well. The top diplomat also recently announced that the two countries have discussed appointing envoys.

Bakir said that there is obvious progress on the Turkey-Egypt track driven mainly by an assessment of potential genuine shared interests in the Eastern Mediterranean and Libya in particular.

"The next step would be expecting a visit from Egypt’s foreign minister to Turkey. This does not mean that the relationship will be free of challenges, rather it means they agree to build on shared interests and to explore wider areas for cooperation bilaterally and regionally in the next step," he added.

Noting the recent pacts formed between Egypt and Turkey’s regional rivals such as Greece, the Greek Cypriot administration and Israel, Uysal said that Ankara is not happy with this alliance that excludes Turkey from the Eastern Mediterranean by working against its interests and the rights of the people of the region.

"Egypt can also benefit from Turkey's approach to share exclusive economic zones in half. Common ground benefiting all regional actors can be found," he added.

Also touching on the Palestinian issue, Uysal noted that the traditional approach of Egypt to the Palestine-Israel conflict is closer to Turkey’s stance. Underlining both countries’ sensitivity on the issue, he said that close Turkey-Egypt ties would be beneficial for Palestine and the Palestinians.

Çavuşoğlu on Monday arrived in Saudi Arabia to discuss bilateral ties, key regional issues and Israel’s recent attacks on Palestinians. The visit came as the two countries seek to repair their relations after they hit an all-time low over the 2018 killing in Istanbul of Saudi journalist Jamal Khashoggi.

Turkey's ties with Saudi Arabia, already strained by Ankara's support for Qatar in a Gulf dispute, were thrown into crisis when Khashoggi – a critic of Saudi Arabia's de facto ruler Prince Mohammed bin Salman (MBS) – was killed by a Saudi hit squad in Istanbul in 2018.

President Recep Tayyip Erdoğan said at the time the order to kill Khashoggi came from the "highest levels" of the Saudi government, and a United States intelligence report found MBS had approved the killing – a charge Saudi Arabia rejects. Turkey has repeatedly called for the extradition of the Saudi agents and last year began trying two former aides of MBS and other Saudi citizens in absentia in Turkey.

Aside from the Khashoggi incident, Saudi Arabia’s rapprochement with Israel, support for the coup in Egypt and its stance on Libya and Syria have been other points of contention between Ankara and Riyadh. The crisis prompted an unofficial Saudi boycott of Turkish goods, slashing trade value by 98%. Saudi Arabia is also closing eight Turkish schools in the kingdom, Anadolu Agency (AA) reported last month.

"When it comes to Saudi Arabia, the two states took relatively positive steps towards each other a few months ago but the progress was unexpectedly interrupted. Turkey’s foreign minister's planned visit is expected to clear out the issues stalling it," Bakir said.

Underlining that the unofficial boycott on Turkish products is to be monitored in the coming period, he said removing that boycott would mean getting back on the right track.

In the Gulf region, the situation has radically changed during the post-U.S. President Donald Trump period, Uysal also said, pointing to the recent reconciliation between Saudi Arabia and Qatar. They woke up to reality after Trump's departure, he added.

Highlighting that Turkey has always supported regional issues being resolved by regional actors, Uysal stated Ankara’s recent efforts for normalization with the main Arab countries must be read from this perspective, not from weakness.

"Peace and stability in the region will contribute to all regional actors’ interests and global peace," Uysal said, adding that he expects positive results from the recent diplomatic initiatives to realize this aim.