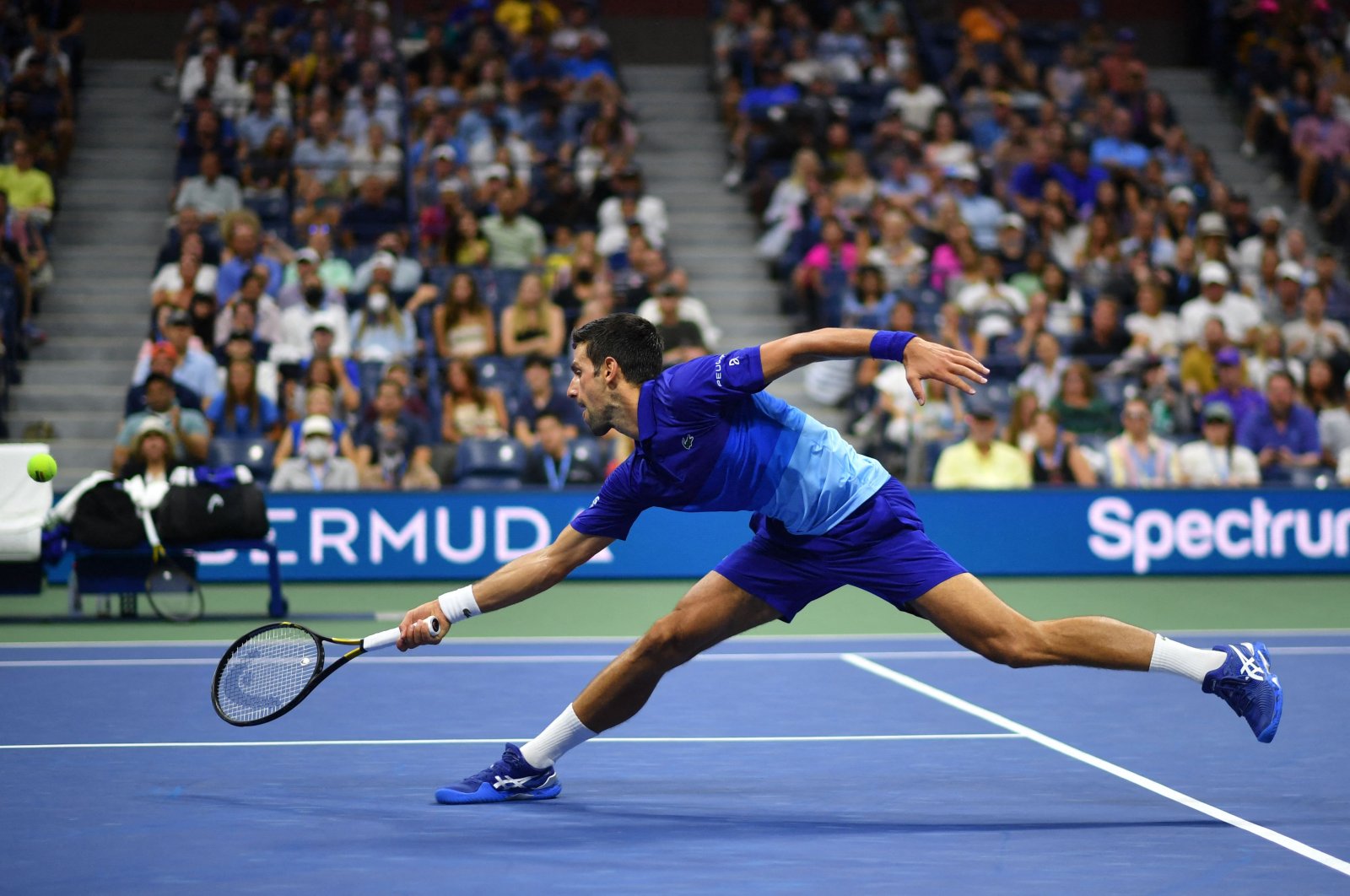 World No. 1 Novak Djokovic labored past American Jenson Brooksby to U.S. Open on Monday to keep on track his quest for the first men's singles calendar-year Grand Slam in 52 years.

Djokovic rallied past 99th-ranked Brooksby 1-6, 6-3, 6-2, 6-2 to book a quarterfinal encounter with Italian sixth seed Matteo Berrettini in a rematch of July's Wimbledon final.

"It's going to be exciting," Djokovic said. "He loves the big stage. Big serve, big game overall. I know what to expect. Going to try to prepare a good game plan and hope for the best."

The 34-year-old Serbian star would become the first man since Rod Laver in 1969 to sweep all four major titles in the same year by capturing his fourth career U.S. Open crown. He is now just three matches away from completing the feat.

Djokovic also seeks a men's singles record 21st Slam trophy, which would boost him one ahead of "Big Three" rivals Roger Federer and Rafael Nadal, both absent with injuries.

An epic shocker seemed possible when Brooksby, a 20-year-old American wildcard who hadn't played Djokovic before, broke in the second and sixth games and fired a service winner to claim the first set in 29 minutes.

"He just played a perfect first set," Djokovic said. "I could do nothing. I was still finding my footing on the court.

"I must say it wasn't a great start. Jenson was pumped. He had a clear game plan. He was executing his shots tremendously. I was on my back foot. He was reading the play well for a set and a half."

Djokovic broke in the second game of the second set but was broken in an electrifying 20-minute fifth game, netting a backhand on Brooksby's sixth break chance.

"Definitely I had confidence I could beat him," Brooksby said.

But Djokovic broke back in the sixth game, ripping a cross-court forehand winner for a 4-2 lead, and held from there to take the 68-minute set.

"After that, I started hitting more cleanly and through the court," said Djokovic. "Whenever I needed a serve I found my spot well. It was physical, a lot of exhausting rallies."

In all, Djokovic won 15 of the last 20 games, rolling to victory in the stamina test after two hours and 59 minutes.

Raducanu is only the third qualifier to reach the U.S. Open women's quarterfinals after Estonia's Kaia Kanepi in 2017 and American Barbara Gerken in 1981.

He saved two set points on his serve in the 12th game of the third set and three more in the tie-breaker before Sinner netted a forehand to end matters after two hours and 25 minutes.

"That's the last few months for me," Zverev said. "Players with confidence know what to do in these situations. I'm happy to get through in straight sets."

Swiatek beat Bencic in their only prior meeting in February's Adelaide final, but the Swiss hasn't dropped a set.

"I've improved my game a lot," Bencic said. "I'm glad to turn it around and get through."

Bencic next plays Raducanu, a U.S. Open debutant who hasn't dropped a set in four matches.

"Belinda is a great player who is in great form," Raducanu said. "I'm going to just have to bring it."

The Canadian sixth seed was limping with a left thigh injury in the final games before suffering her first U.S. Open loss after three hours and 30 minutes.