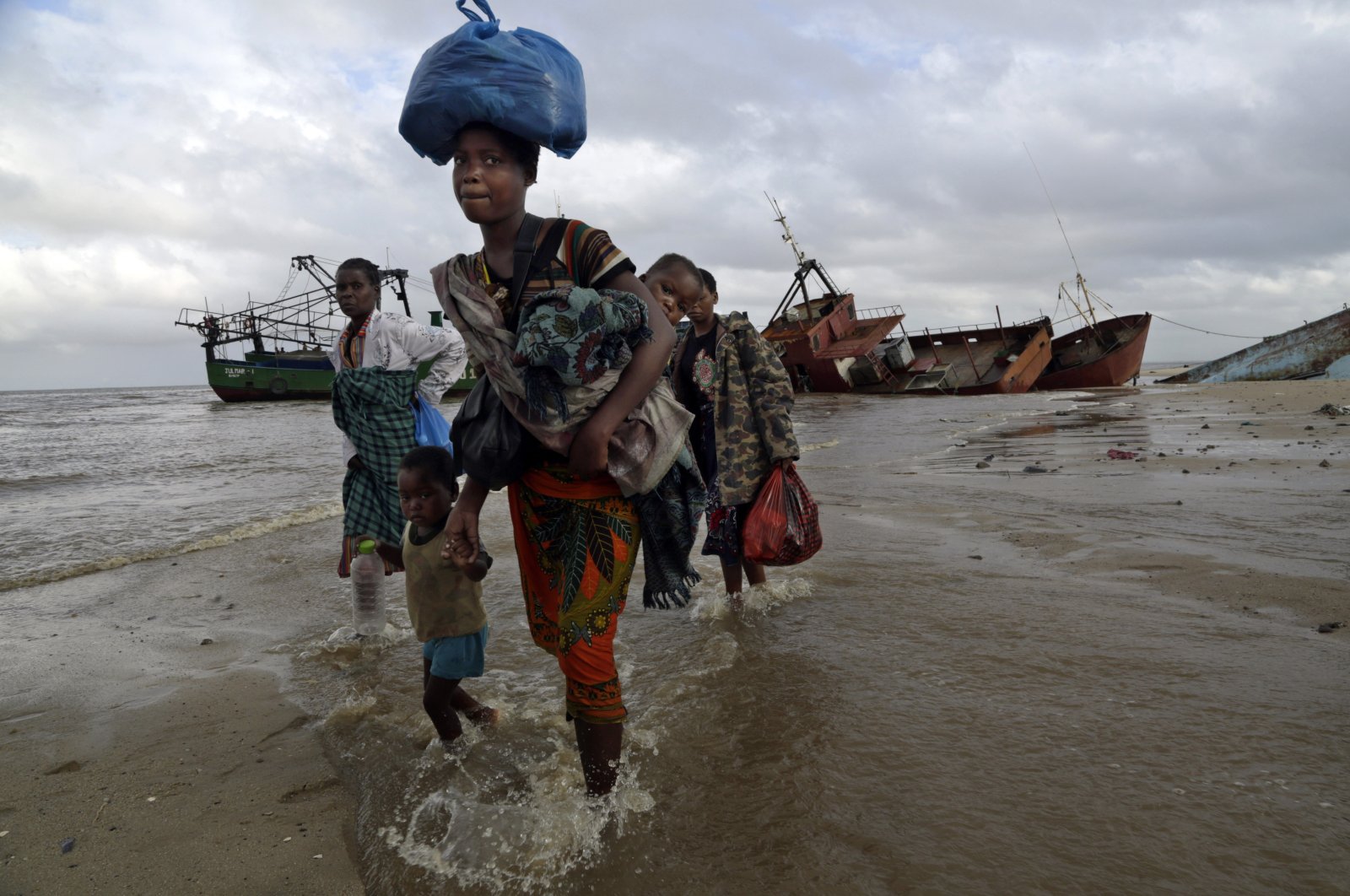 Over 82 million people across the globe had fled their homes due to persistent wars, the dynamics of poverty, food insecurity and climate change by the end of 2020 as the number of incidents related to violence has grown in nearly half of the world's countries

The number of people forcibly displaced due to war, violence, persecution and human rights violations reached a new high by the end of 2020, even though the COVID-19 crisis restricted movement worldwide as countries shut borders and ordered lockdowns, a United Nations report found.

In its latest Global Trends report released Friday, the U.N. High Commissioner for Refugees (UNCHR) said the cumulative total of displaced people has risen to 82.4 million – roughly the population of Germany. It marks the ninth straight annual increase in the number of people forcibly displaced.

“The dynamics of poverty, food insecurity, climate change, conflict and displacement are increasingly interconnected and mutually reinforcing, driving more and more people to search for safety and security,” the report found, adding that the number of incidents related to conflict and violence has grown in nearly half of the world's countries, despite an overall decline in 2020.

Although people were applying for asylum they faced “unprecedented challenges” in 2020, and the number of new applications fell by 1 million. According to the U.N., the number of refugees worldwide increased from 20.4 million in 2019 to nearly 20.7 million at the end of 2020. Some 21,000 unaccompanied or separated children filed new asylum applications in 2020, up from 25,000 a year earlier. Eight out of every 10 people displaced across borders come from just 10 countries; Syrians lead the list with 6.8 million, followed by Venezuelans with 4 million.

Filippo Grandi, the U.N. high commissioner for refugees, said conflict and the impact of climate change in places such as Mozambique, Ethiopia's Tigray region and Africa’s broad Sahel area were among the leading sources of new movements of refugees and internally displaced people in 2020.

They added hundreds of thousands more people to the overall count, which has for years been dominated by the millions who have fled countries such as Syria and Afghanistan due to protracted wars or fighting.

"This is telling, in a year in which we were all locked down, confined, blocked in our homes, in our communities, in our cities,” said Grandi in an interview before the report's release. "Almost 3 million people have had to actually leave all that behind because they had no other choice.”

The UNHCR, which has its headquarters in Geneva, said that 99 of the more than 160 countries that closed their borders because of COVID-19 didn’t make exceptions for people seeking protection as refugees or asylum-seekers.

Grandi acknowledged the possibility that many internally displaced people who couldn't leave their own countries will eventually want to flee abroad once borders start reopening if the pandemic eases.

"A good example is the United States where already we have seen a surge in people arriving in recent months,” Grandi said and referred to the U.S. provision called Title 42 that let U.S. authorities temporarily block people seeking asylum from entry for health reasons. "Title 42 will be lifted eventually – and I think this is the right thing to do – but this will have to be managed.”

Asked about U.S. Vice President Kamala Harris’ recent trip to Central America, where she told would-be migrants to the U.S. "do not come,” Grandi expressed hope that the remark did not reflect overall U.S. policy.

"I think that messaging indeed, as it was reported, is stark, and maybe shows only one part of the picture now,” Grandi said, adding that he had heard a "more complex response” from other officials in Washington when he was there recently.

Among recent hot spots, Grandi said hundreds of thousands of people were newly displaced in Mozambique and the Sahel last year, and up to 1 million in the Tigray conflict that started in October.

"I’m worried that if the international community is not able to stop these conflicts, we will continue to see the rise in the numbers,” he said.

The report said that at the end of last year there were 5.7 million Palestinians, 3.9 million Venezuelans and an additional 20.7 million refugees from various other countries displaced abroad. Another 48 million people were internally displaced in their own countries. Some 4.1 million more sought asylum. Turkey, a neighbor of Syria, has taken in the most refugees in absolute numbers – 3.7 million – a figure more than twice that of the No. 2 host country, Colombia, which borders Venezuela.

Afghanistan's neighbor Pakistan was third. UNHCR said now 1% of all humanity is displaced, and there are twice as many forcibly displaced people than a decade ago. Some 42% of them were aged under 18, and nearly 1 million babies were born as refugees between 2018 and 2020. "Many of them may remain refugees for years to come,” it said.

Although the UNHCR and the International Organization for Migration (IOM) halted resettlement departures for months in the early stages of the coronavirus pandemic, they later restarted work.

“With many governments closing borders for extended periods of time and restricting internal mobility, only a limited number of refugees and internally displaced people were able to avail themselves of solutions such as voluntary return or resettlement to a third country,” the report found. Only 34,400 refugees were resettled to third countries, a 69% decline compared with 2019, with some 1.4 million refugees estimated to be in need of resettlement.

Food insecurity is another challenging issue. According to the U.N., forecasts for 2021 are “equally worrying.” It said that South Sudan, Syria and the Central African Republic facing the risk of famine as COVID-19 is expected to push millions of people into poverty – between 119 million and 124 million in 2020 – according to the World Bank.

“Based on this trajectory, the question is no longer if forced displacement will exceed 100 million people – but rather when,” the U.N. said. “Clearly, the need for preventing conflicts and ensuring that displaced people have access to solutions has never been more pressing than now.”