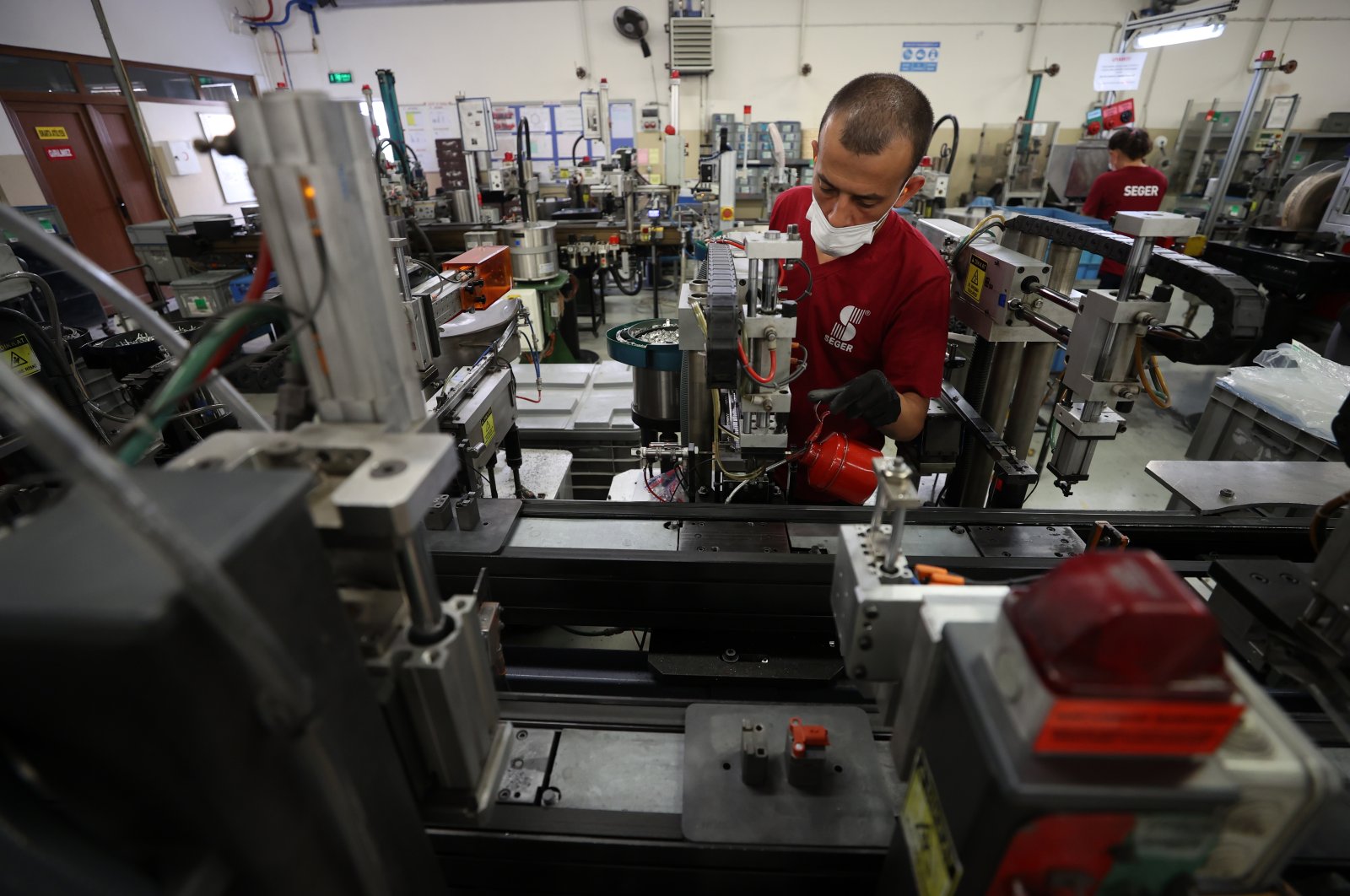 Economic activity in Turkey has been gaining pace despite pandemic-driven supply chain bottlenecks, triggering international financial organizations to upgrade their 2021 growth forecast for the country.

Adding to the economic rebound is the progress in its vaccination campaign and the robust industrial production trends.

Turkey’s gross domestic product (GDP) leapt 21.7% year-on-year in the second quarter, rebounding powerfully after a sharp downturn a year earlier driven by COVID-19 restrictions. It had grown by 7.2% in the first three months.

It was, along with China, among the few countries that managed to avoid a contraction last year amid the initial pandemic fallout. It became the country with the second-highest growth rate in the Organisation for Economic Co-operation and Development (OECD), just after the U.K. in the second quarter this year.

The pace in the economic activity was lastly reaffirmed by the data that Tuesday showed the country’s industrial output grew more than expected in August.

The data came as a strong run in which rebounds in consumption, exports and tourism set the economy on a path to near 10% overall growth this year, leaving last year’s initial coronavirus fallout behind.

Analysts expect the upward trend to continue and have a positive effect on growth, with the possibility of bringing more upward growth forecast revisions in the future.

Following in each other’s footsteps, prominent international organizations have started to revise their 2021 growth forecasts for Turkey amid the ongoing global economic recovery.

International Monetary Fund (IMF) was last to revise its projection, as it Tuesday noted the economy should grow at a hot 9% rate this year, well up from a July forecast of 5.8%.

The Fund held steady at 3.3% its GDP growth forecast for next year, according to its latest World Economic Outlook.

The OECD last month revised its projection for Turkey up by 2.7 percentage points, now seeing the country’s GDP rising 8.4% this year, up from its earlier forecast of 5.7%. It projects the economy will grow 3.1% next year.

This would rank it first among OECD countries and third among G-20 countries after India and China. The World Bank recently also boosted its forecast for this year to 8.5%.

Among others, the global credit rating agency Fitch in August said it expects the growth to come in at 9.2% from its earlier estimate of 7.9%.

Its peer Standard & Poor’s (S&P) and international banking group Unicredit did the same.

The Milan-based Unicredit last month revised its growth estimate to 9.7% from 7.5%. S&P raised its projection to 8.6%, up from its earlier estimate of 6.1%.

Among earlier revisions, JPMorgan said the economy would grow 8.4%, up from its earlier estimate of 6.8%. It kept the 2022 forecast unchanged at 3.4%.

Goldman Sachs upped its estimate to 9.5% year-on-year from 7.5% previously.

Most of the institutions cited the expansion in the second quarter, which showed that the first half of the year was stronger than initially expected, as well as the continued resilience in economic activity.