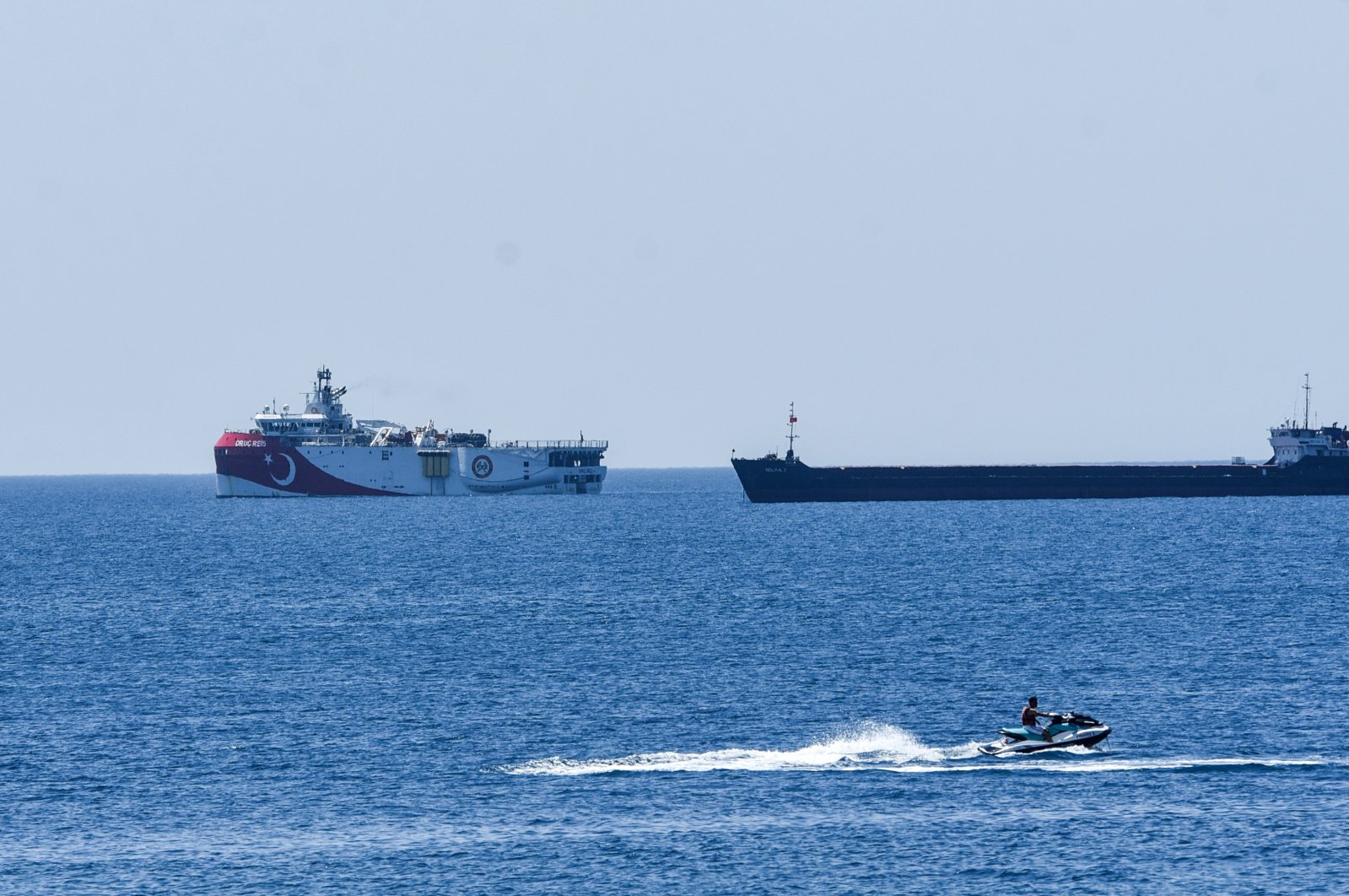 Israel’s newly inaugurated administration has ushered in an opportunity to improve energy relations between Turkey and Israel, an expert said Tuesday.

Ties between the two former allies were previously mostly put on hold amid years of frosty relations with the former Israeli government led by Prime Minister Benjamin Netanyahu.

But there is more hope now of developing the relations, particularly in the energy area, according to Oğuzhan Akyener, the chairperson of Turkey’s Energy Strategy & Political Research Center (TESPAM).

“For this, the administration in Israel had to change, and more reasonable and fair steps had to be taken. Nothing is clear yet, but the breezes of such a climate have begun. This will be further strengthened with the energy card,” Akyener told Anadolu Agency (AA).

The two leaders discussed a “high potential for cooperation in the fields of energy, tourism and technology,” according to a statement from the Turkish Presidency.

Herzog’s office said that the two leaders emphasized “that Israel-Turkey relations are of great significance for security and stability in the Eastern Mediterranean” and that cooperation had great potential for both countries.

Herzog took office last week after being elected by the Knesset, Israel’s parliament, in a June vote.

Israel and Turkey were once close regional partners. Still, relations between the two countries soured in the past decade following the Israeli naval raid on the Mavi Marmara, a Turkish humanitarian aid ship, in 2010, causing an unprecedented crisis. Both countries even recalled their diplomatic envoys following the massacre.

The Turkish government has been particularly criticizing Israel’s policies toward the Palestinians, particularly the illegal settlements in the occupied West Bank and Jerusalem, and the humanitarian situation in Gaza.

The talk between the two leaders follows positive sentiments expressed by Israel’s former Energy Minister, Yuval Steinitz, who in March said that Tel Aviv was ready to cooperate with Turkey on natural gas in the Eastern Mediterranean.

Previously, Israel held talks on gas exports to Turkey, which have not produced any results.

Turkey’s Energy and Natural Resources Minister Fatih Dönmez is hopeful of a new era in relations with the new Israeli administration.

“Such government changes are important opportunities for the restoration of relations that have deteriorated in the past. We would like to come together with the riparian countries of the Eastern Mediterranean at a conference and discuss the issues on which we agree or disagree,” Dönmez told an interview with privately-owned broadcaster Habertürk late Monday.

Such a move is backed by Erdoğan, who Dönmez said had advised that it would be in the interest of all countries to come to the table for discussions to solve any outstanding problems.

TESPAM’s Akyener said the development of the next phase of Israel’s giant Leviathan oil and gas field is dependent on finding a lucrative market and conducive to the cost of its development.

Such a market can be found in Turkey, he said, as it is the closest geographically and would be the most cost-effective, offering transfer possibilities to Europe.

Akyener noted he was doubtful that the Eastern Mediterranean (EastMed) natural gas pipeline to bring gas from Israel to Europe would be realized, arguing that it is not economically viable.

He explained that the EastMed project is not competent enough on technology, legality, security, or economy lines. This is partially because all of the related gas resources need to be transported via pipeline because the gas is from dry fields, which cannot be converted to liquified natural gas (LNG).

“Maybe Turkey will buy all the gas. We have been saying for years that the East Med pipeline project will not be realized. The EU was also aware of this,” he said.

The maritime conflict between Lebanon and Israel over the region is making matters worse by threatening energy security.

Akyener suggested that Turkey’s presence at the table could contribute to resolving problems in the region.

“A pipeline from Israel to Lebanon and from there to the Turkish Republic of Northern Cyprus (TRNC) and Turkey is economically viable,” he said.

“As long as the Greek Cypriot administration agrees to a model in which the TRNC will be recognized, new steps can be taken there as well. Such opportunities can pave the way for both the welfare of the people of the region and in bringing peace to the region,” Akyener added.

In January last year, Greece, Israel, and the Greek Cypriot administration signed a deal on the 1,900 kilometer-long (1,180 miles) EastMed project, planned to run from Israel to Greek Cyprus, Crete, Greece, and finally Italy.

The project is not problem-free as it is very costly and the gas supplies that will cover these costs have not yet been forthcoming.

Many experts concur that the estimated cost of transferring the natural gas would be three times cheaper if the pipeline passed through Turkey.

Although Ankara and Jerusalem expressed their willingness to negotiate on such gas transfer via Turkey, talks never got off the ground.

Hosted by Egypt, the forum was founded on Jan. 16, 2019, with the participation of the energy ministers of Greece, Greek Cyprus, Israel, Egypt, Italy and Jordan.

Turkey has consistently contested the Greek Cypriot administration’s unilateral drilling in the Eastern Mediterranean, asserting that the TRNC also has rights to the resources in the area.

Athens and the Greek Cypriots have opposed any move that Turkey has made in its drilling and exploratory campaigns in the Eastern Mediterranean. They have threatened to arrest the crews of any Turkish drillship while enlisting EU leaders to join in on their criticism.

On Nov. 27, 2020, Ankara and Libya’s U.N.-recognized Government of National Accord (GNA) signed two separate pacts that encompass military cooperation and the other maritime boundaries of the two countries in the Eastern Mediterranean.

Effective from Dec. 8, 2020, the maritime pact asserted Turkey’s rights in the Eastern Mediterranean in the face of unilateral drilling by the Greek Cypriot administration.

The island has been divided since 1964, when ethnic attacks forced Turkish Cypriots to withdraw into enclaves for their safety. In 1974, a Greek Cypriot coup aiming at Greece's annexation led to Turkey's military intervention as a guarantor. The TRNC was founded in 1983.

The Greek Cypriot administration, backed by Greece, became a member of the European Union in 2004. However, in a referendum that year, most Greek Cypriots rejected a U.N. settlement plan that envisaged a reunited Cyprus joining the EU.