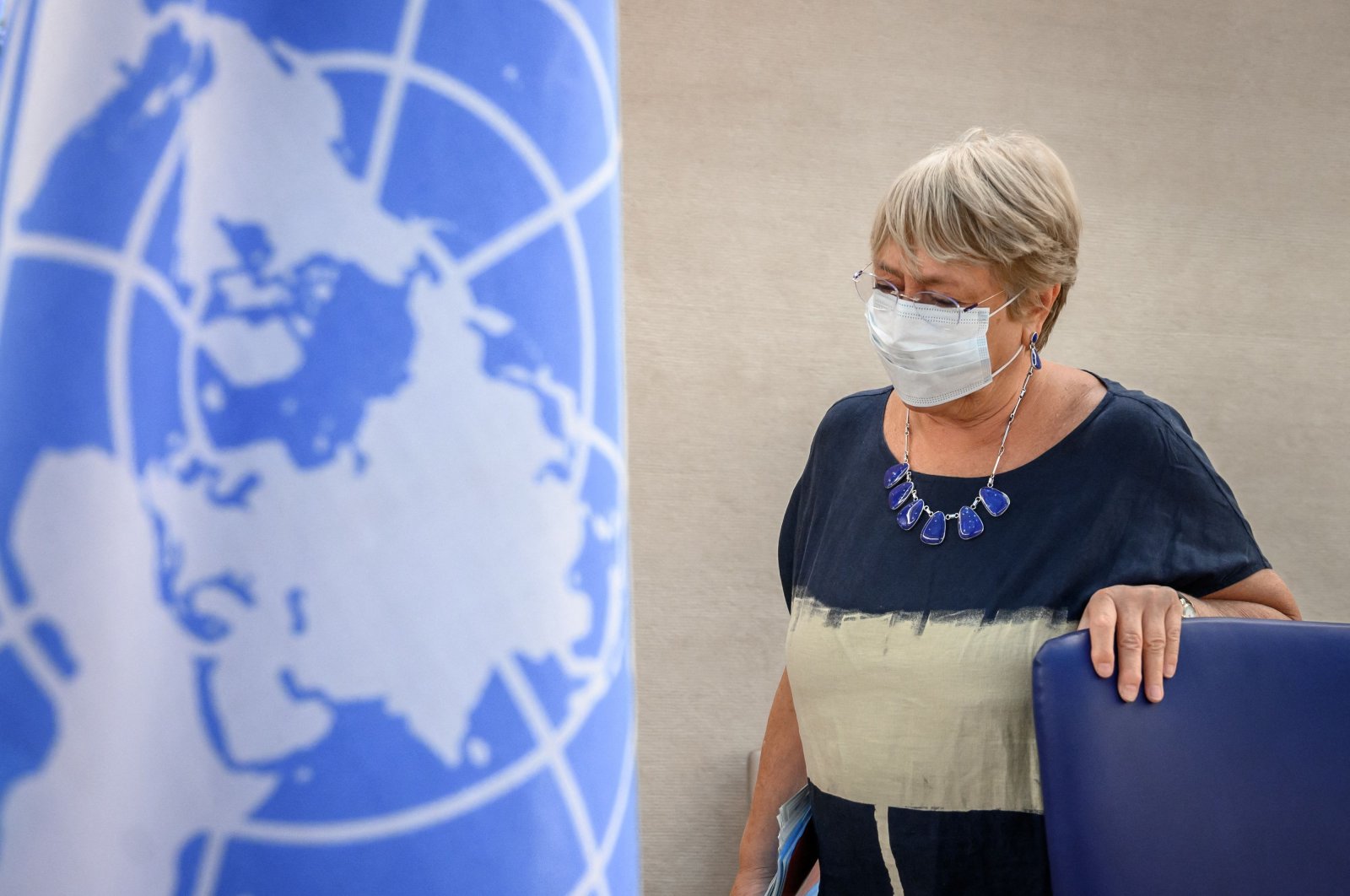 Michelle Bachelet said climate change, pollution and nature loss were already severely impacting rights across the board and said countries were consistently failing to take the necessary action to curb the damage.

"The interlinked crises of pollution, climate change and biodiversity act as threat multipliers, amplifying conflicts, tensions and structural inequalities, and forcing people into increasingly vulnerable situations," Bachelet told the opening of the 48th session of the U.N. Human Rights Council in Geneva.

"As these environmental threats intensify, they will constitute the single greatest challenge to human rights of our era," added.

The former Chilean president said the threats were already "directly and severely impacting a broad range of rights, including the rights to adequate food, water, education, housing, health, development and even life itself."

She said environmental damage usually hurts the poorest people and nations the most, as they often have the least capacity to respond.

Bachelet said recent months have unleashed "extreme and murderous climate events," citing the fires in Siberia and California, and floods in China, Germany and Turkey.

She also said drought was potentially forcing millions of people into misery, hunger and displacement.

Bachelet said that addressing the environmental crisis was: "a humanitarian imperative, a human rights imperative, a peace-building imperative and a development imperative. It is also doable."

She said spending to revive economies in the wake of the COVID-19 pandemic could be focused on environmentally-friendly projects, but "this is a shift that unfortunately is not being consistently and robustly undertaken."

She also said that countries had "consistently failed to fund and implement" commitments made under the Paris climate accords.

"We must set the bar higher – indeed, our common future depends on it," the U.N. rights chief said.

Bachelet said that at the 12-day COP26 climate talks in Glasgow, set to begin Oct. 31, her office would push for more ambitious, rights-based commitments.

Bachelet said that in many regions, environmental human rights defenders were threatened, harassed and killed, often with complete impunity.

She said economic shifts triggered by the COVID-19 pandemic had apparently prompted increased exploitation of mineral resources, forests and land, with Indigenous peoples particularly at risk.

"In Brazil, I am alarmed by recent attacks against members of the Yanomami and Munduruku peoples by illegal miners in the Amazon," she said.

No progress on Xinjiang visit

In her opening global update, Bachelet touched on the human rights situations in several countries, including Chad, the Central African Republic, Haiti, India, Mali and Tunisia.

On China, she said no progress had been made in her yearslong efforts to seek "meaningful access" to Xinjiang.

"In the meantime, my office is finalizing its assessment of the available information on allegations of serious human rights violations in that region, with a view to making it public," she said.

Rights groups believe at least 1 million Uyghurs and other mostly Muslim minorities have been incarcerated in camps in the northwestern region, where China is also accused of forcibly sterilizing women and imposing forced labor.

Beijing has strongly denied the allegations and says training programs, work schemes and better education have helped stamp out extremism in the region.