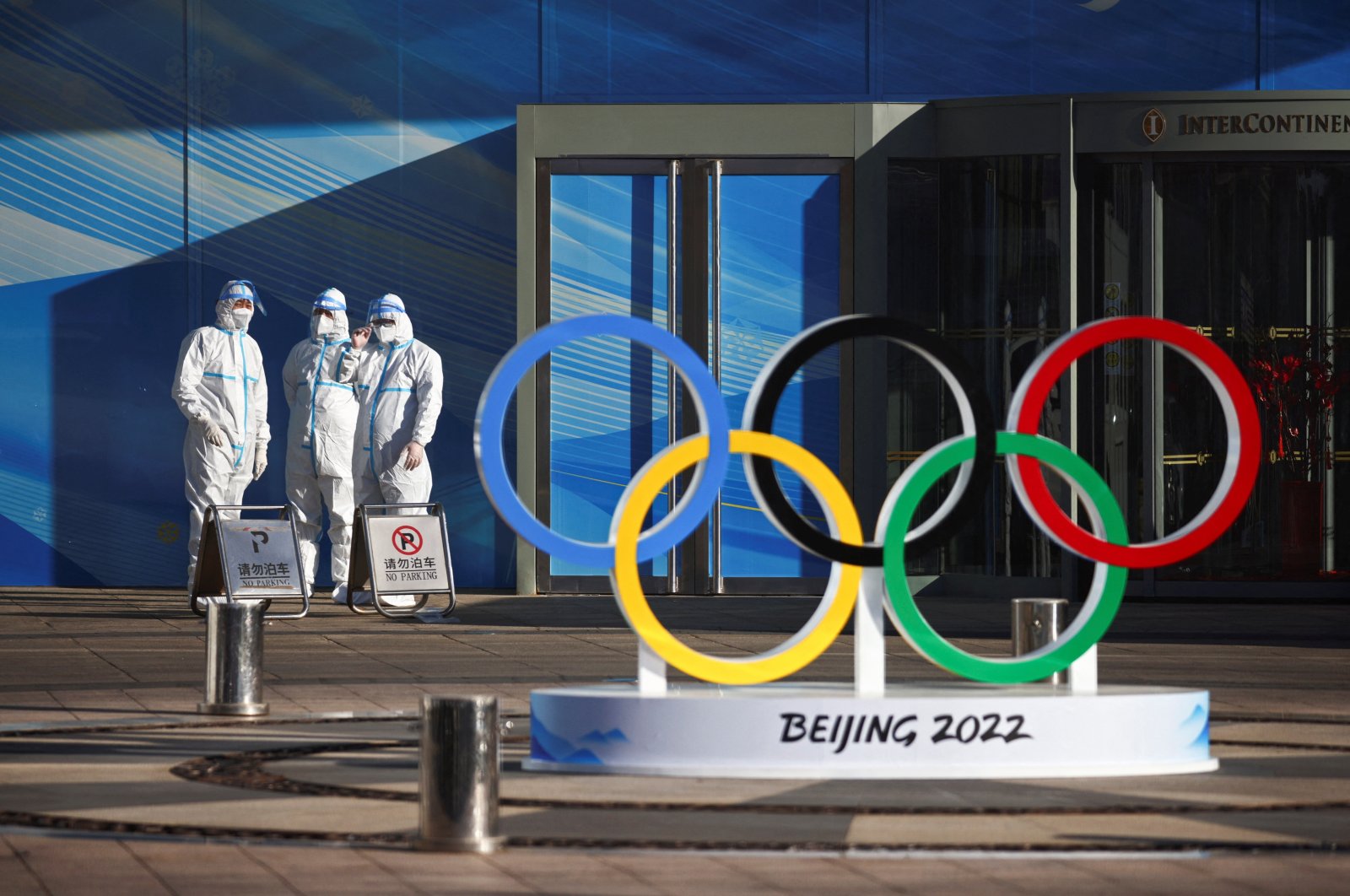 As Beijing prepares to become the first city to host both Summer and Winter Games, several issues, from diplomatic boycotts, the pandemic, human rights and environmental concerns continue to loom large over the event organizers hope will inspire nearly 300 million sports enthusiasts

The Chinese capital on Feb. 4-20 will become the first host of a Winter and Summer Olympics, having staged the Games in 2008, seen then as a coming-out party for what has since become the world's second-largest economy.

This time, China's communist rulers hope the Games will inspire 300 million winter sports enthusiasts and help unite the world in the face of the pandemic.

With the Games taking place inside a "bubble" cocooning the nearly 3,000 athletes together with noncompetitors, it looks being the most restricted mass sporting event since COVID-19.

Organizers have pledged to make the Games "green, inclusive, open and clean," but environmentalists question that claim and smog remains a frequent hazard in China, especially in winter.

Hinting at the controversies which have surrounded the Games, Foreign Minister Wang Yi told state media: "The political manipulation of a few Western politicians will not damage the excitement of the Olympics, but will only expose their own ugliness."

Rights groups have long called for a boycott over China's human rights record, especially its treatment of Uyghur Muslims in the northwest region of Xinjiang.

Last month the Biden administration said it would not send U.S. diplomatic or official representation to the Games over China's "ongoing genocide and crimes against humanity in Xinjiang and other human rights abuses."

Beijing warned that the United States "will pay the price" but that did not stop Australia, Britain and Canada from joining the diplomatic boycott. Athletes of those countries will still compete.

China is also facing demands to guarantee the safety of tennis player Peng.

The 35-year-old, a two-time Grand Slam doubles champion, was not heard from for nearly three weeks after accusing former vice-premier, Zhang Gaoli, of sexual assault.

Peng has since reappeared in public in China but doubts remain about how free and safe she is. She will loom large over the Games.

Then there is the coronavirus. China, where the virus emerged in late 2019, has pursued a zero-COVID strategy with tight border restrictions, lengthy quarantines and targeted lockdowns. Xi'an, a city of 13 million people, has been locked down for nearly two weeks.

Omicron is not thought to have driven what is a small outbreak by the standards of other countries, but the highly contagious variant presents a fresh challenge to authorities and the Games.

Omicron has already impacted the Olympics with NHL players no longer coming.

"We're confident that these Games can still be scheduled safely, but we're taking it day-by-day," he told local media.

The Olympics, which take place just six months after the pandemic-delayed Tokyo Games, will be held in a "closed-loop" bubble where all athletes must be vaccinated, have daily COVID-19 tests and nobody in the bubble will be allowed to leave.

Gu to light up Beijing

The Games will be held in three "zones" and make use of new venues and some from 2008, including the "Bird's Nest" national stadium for the opening and closing ceremonies.

China has committed to having spectators – a step forward from Tokyo – but it is still unclear how many there will be and none will be from overseas.

In terms of stars, American ski ace Mikaela Shiffrin is chasing a third Olympic gold but her preparations have been hit by COVID-19 after she tested positive.

There had also been doubt about "Ice Prince" Yuzuru Hanyu after he suffered an ankle injury but he delivered a sizzling performance in Japan's recent national ice-skating championships as he pursues a third Olympic gold.

There will be huge interest too in Chloe Kim, the American snowboarder who melted hearts when she won gold aged 17 at the Pyeongchang Olympics in 2018, while Eileen Gu looks like being one of the faces of the Games.

The 18-year-old grade-A student and model, born and raised in California, switched from the U.S. to represent China and is hot-favorite for gold in freestyle skiing.