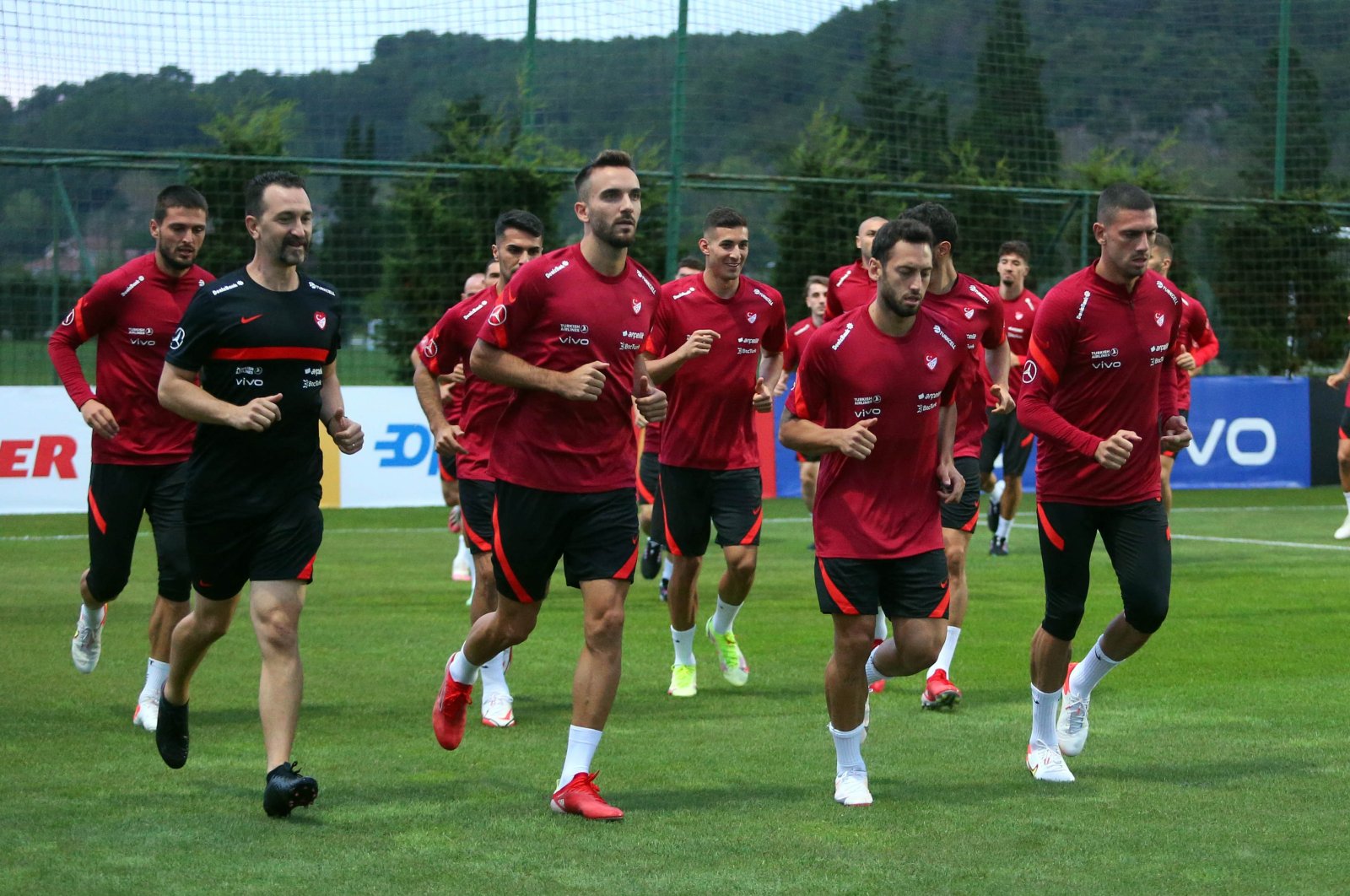 Turkey and its manager Şenol Güneş will look to learn from the disastrous Euro 2020 campaign, as they look to secure a place in the World Cup for the first time since 2002

The Turkish national football team will look to put behind the memories of a disastrous Euro 2020 campaign and move on as it hosts Montenegro for a 2022 World Cup qualifier match in Istanbul on Wednesday.

The Crescent-Stars had made a flying start to its World Cup qualifiers campaign with a 4-2 win over the mighty Netherlands and a 3-0 victory over Norway.

It was held by Latvia 3-3 in the third match, before heading off to a dismal Euro 2020 campaign, losing all three group-stage matches.

Currently leading its World Cup qualifiers group with seven points, Turkey will look to bounce back against a relatively underpowered Montenegro, which is third in the group with six points.

Turkey, however, will be without the service of proven international campaigners Çağlar Söyüncü, Ozan Kabak, Ozan Tufan and Halil Dervişoğlu. All four plays in the English Premier League and were denied permission to travel to Turkey since it remains in the U.K.'s COVID-19 red-list.

The Group G match at Vodafone Park, home to Turkish powerhouse Beşiktaş, will kick off at 9:45 p.m. local time (1645 GMT). It will be live on state broadcaster TRT 1.

Back to business for Italy

Across Europe, it is time for people to go back to work at the end of the summer holidays, and for Italy, it is back to business too, less than eight weeks after its Euro 2020 triumph at Wembley.

Fifty-three days on from the joy of beating England on penalties on a feverish night in London, the Azzurri will take the acclaim of their own supporters when they play Bulgaria in Florence in a World Cup qualifier.

Roberto Mancini's team cannot afford to rest on its laurels because until it has secured qualification for the finals in Qatar, it will not have completely erased the memory of its failure to qualify for the 2018 World Cup.

Italy is unbeaten in 34 games – including winning its first three qualifiers for Qatar back in March – and now it faces three more matches in eight days with a trip to Switzerland and a home meeting with Lithuania also on the agenda.

"I would like the boys to pick up where they left off," said Mancini this week. "As a national team we can still improve between now and the World Cup, but first we have to qualify."

As Italy knows well, the World Cup is a different ball game to the Euro, and not just because the next one takes place in November and December 2022.

Only the winners of the 10 qualifying groups are certain to qualify, with the remaining three places up for grabs in playoffs next March.

Italy's game on Sunday in Basel against Switzerland, its biggest rivals in Group C, will therefore be crucial.

At the moment the biggest European names with work to do are the Netherlands and Germany, two powerhouses who head into the autumn with new coaches.

Hansi Flick is the new man in charge of Germany after 15 years under Joachim Low.

For a long time Flick was Low's assistant and, after winning the Champions League with Bayern Munich, he is the man tasked with restoring pride to a national team that went out of Euro 2020 in the last 16.

"I'm looking forward to working with him," said Bayern and Germany goalkeeper Manuel Neuer. "I have big goals. I want to be a world champion."

Germany's final qualifier under Low in March ended in a shock 2-1 home defeat to North Macedonia, its first loss in World Cup qualifying in 20 years leaving it third in Group J.

The Netherlands, who also failed to qualify for the last World Cup, sacked Frank de Boer after going out of Euro 2020 in the last 16 and has reappointed Louis van Gaal.

The man who led the Oranje to the 2014 World Cup semifinals takes over a team currently trailing a point behind Group G leaders Turkey.

It could be a challenging start to the 70-year-old Van Gaal's third stint as the national coach as the Netherlands play Erling Haaland's Norway in Oslo before hosting Montenegro and Turkey.

For England, it is all about putting the pain of its Euro final defeat behind as it faces potential pitfalls away in Hungary and Poland, either side of a home meeting with minnow Andorra.

"There is no doubt that individually these players are going to improve and continue to improve," England manager Gareth Southgate said after naming a squad that has changed little from the young group that took part in Euro 2020.

After completing his transfer back to Manchester United, Cristiano Ronaldo has the chance to become the all-time top international goal-scorer when Portugal plays Ireland.

Ronaldo equaled the Iranian Ali Daei's record of 109 goals for his country during the European Championship.

Following a disappointing Euro 2020, reigning world champion France gets back to business in a triple-header including a testing visit to Ukraine.

European teams have mostly been spared the disputes over the release of players by clubs that have threatened to mar upcoming matches in Africa and South America.

Meanwhile, VAR will now be used in all European qualifiers after its implementation had initially been postponed.