Wing backs shine at Euro 2020 as strikers struggle for goals 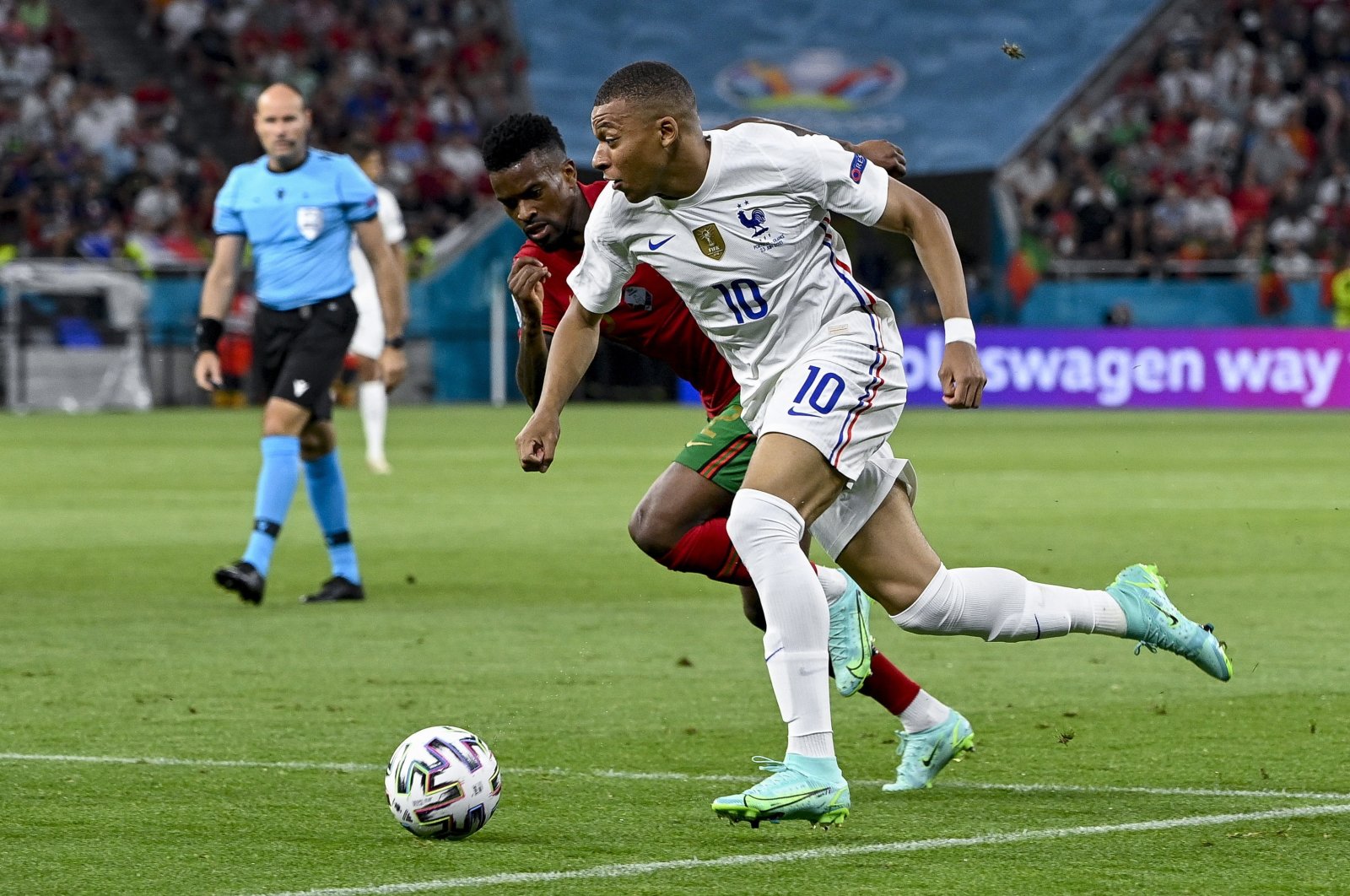 None of Europe's top goalscorers, including France's Kylian Mbappe and England's Harry Kane, has been able to replicate their domestic forms at this year's European Championship, rather it has been marked by an unprecedented rise of unlikely heroes, in the form of wing backs.

Paris Saint-Germain's Mbappe and Tottenham's Kane both topped the scoring sheet in their respective leagues, and despite their teams not winning the titles both strikers are being talked about for transfers to new clubs after the European Championship.

Although prolific for their clubs – Mbappe with 27 league goals and Kane with 23 – both has been awfully quiet at Euro 2020.

Kane managed only one shot on target in the three games for England. Mbappe had three for France. But neither striker found the back of the net.

"I think it’s the world of a big player,” England coach Gareth Southgate said, discussing Kane. "Inevitably he’s come through those periods and scored important goals for us and played exceptionally well. So it’s a bit of a repetitive cycle.”

Perhaps it’s a reflection of the toll of more gruelling pandemic-congested seasons on players' bodies.

France is at least reaping the benefit of recalling Karim Benzema after six years in international exile. It was the Real Madrid forward scoring for France for the first time in 2,085 days – twice in fact – that secured a 2-2 draw against Portugal on Wednesday and passage into the round of 16.

"I knew as soon as I would be in the national team, the critics would come out – that is part of the football game but I never give up,” Benzema said. "Everyone was waiting for this goal and that was some kind of extra motivation for me. Of course there is another pressure than when you play for your club because it is your whole country but for me it is a great pleasure.”

At least it was Mbappe who earned a penalty for Benzema, which is a greater contribution than Kane has made as England also advanced as group winners.

Euro 2020, however, will be missing Europe’s leading striker in the knockout phase. Three goals from Robert Lewandowski weren’t enough to carry Poland through to the next round.

The top individual scorer is, unsurprisingly, Cristiano Ronaldo, with five for Portugal.

But it's own-goals that made a big splash. After only nine own-goals from 1960 to 2016 at European Championships, there have been eight in less than two weeks this year.

While some leading strikers are struggling to make an impact, this tournament has been a stage for wing backs to shine.

Denzel Dumfries has been the unexpected star for the Netherlands, capitalizing on a 3-5-2 formation that gives him space to surge down the right when in attacking mode. Goals against the Ukraine and Austria – the PSV Eindhoven's player first for the national team – helped them into the last 16.

While Dumfries was familiar to the Dutch, playing for the second-place team in the domestic league, Robin Gosens has never played in the Bundesliga nor Germany's youth teams.

But after flourishing in Italy with Atalanta – which has become a regular in the Champions League – Gosens has more than justified Joachim Low's decision to call him up for international duty. His signature performance in the group stage came when he forced an own-goal, set up a goal and then scored himself in a 4-2 win over Portugal.

What benefits any modern side is the versatility of players.

There's Joshua Kimmich, who can excel as a right back or in midfield with Germany and Bayern Munich. And for so long a fullback at Bayern alongside him, David Alaba has flourished more recently as a center back. With Austria, he's been more of a central defensive playmaker.

"You have the ball a lot in this position,” Alaba said. "You can set the pace and influence the buildup of the game more."

Euro 2020 will be seeing more of him as Austria has advanced to the round of 16 for the first time, next playing Italy. Then it's off to a new chapter in his career at Real Madrid.

Euro 2020 is a unique tournament, affording home advantage to more countries than ever before.

Of the 11 cities being used across Europe, nine teams had the chance to play in their home stadiums. Only Italy and the Netherlands, who both failed to qualify for the last World Cup, won all three of their group matches.

Germany had a win, a draw and a loss in Munich. Denmark lost back-to-back games but overcame the setbacks and emotions of Christian Eriksen’s collapse to end with a victory.

Hungary claimed one point from its two games in Budapest. Russia and Scotland lost both matches they played at home. Scotland’s only point, and best performance, came from playing at old rival England.

It’s Wembley Stadium which has the most matches at the tournament with eight, including the semifinals and the final. England managed two wins and that Scotland stalemate at its national stadium.

Spain had to wait until its third match to win after a pair of draws in Seville, where the hosts even grumbled about the conditions of their own field. It was a late switch of host cities after Bilbao was unable to guarantee entry to fans during the pandemic.

But it wasn’t the football stadiums of Sevilla’s Ramon Sanchez-Pizjuan Stadium or Real Betis’ Benito Villamarin Stadium chosen. Instead, a stadium initially designed to stage the 1999 track world championships is being used.