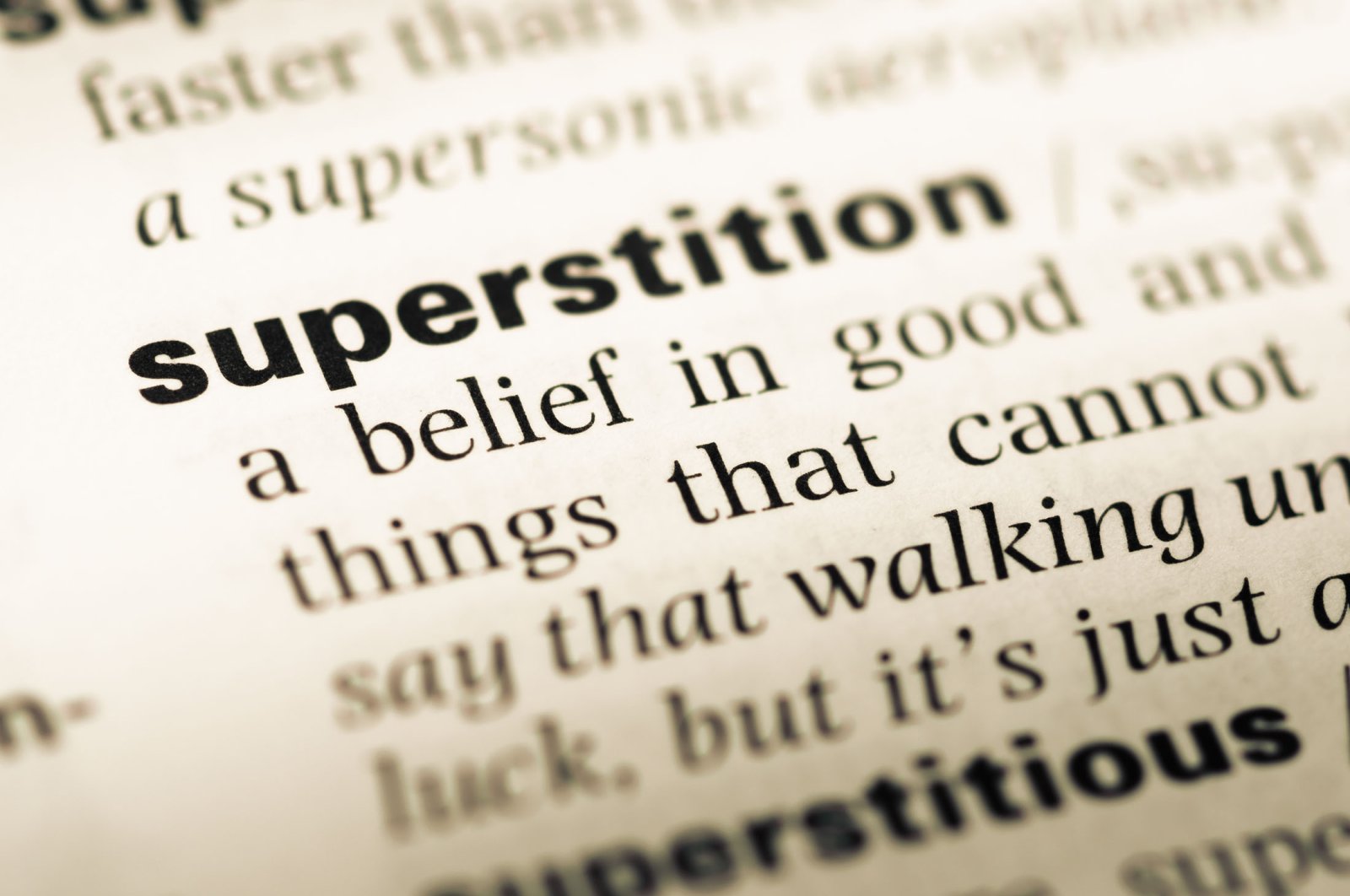 From chucking water after someone to avoiding whistling indoors or at night, some Turks believe in very unique superstitions. (Shutterstock Photo)
by Leyla Yvonne Ergil Mar 22, 2021 12:15 pm
Edited By Yasemin Nicola Sakay

Turks can be a superstitious bunch and many hold steadfast beliefs about certain signs, objects and behavior. As outdated and silly as these may seem, here are 10 the Turks still follow – you know, just in case

Nobody can argue that the Turks have a unique way of going about life. Whether it be their joie de vivre, spontaneity, overwhelming generosity, elephant-like memory or extreme hospitality, the Turkish culture is obviously very colorful. Thus, it should also come of no surprise that there are a number of steadfast superstitions by which the Turks abide. While some may seem familiar, many of these beliefs are somewhat unique to Turkey and could be worth noting before visiting the country as a foreigner.

Bring on the good fortune

Have you ever had that uncontrollable urge to itch your palms? Well if so, I bet you didn’t know that in addition to that satisfying tingle you get when lightly scratching your nails into the crevices of your palm, you are also ushering in unexpected funds. That is, if it’s the right hand that itches, otherwise if it is the left hand you may lose some money in the near future. Yes, you read that correctly, according to Turkish superstitious beliefs, an itchy palm is thought to be a precursor to money either coming or going.

Indeed, one of the most widespread superstitions worldwide has to be the belief that if a bird relieves itself upon you, then good fortune is coming your way. Well, Turkey is no different and thus, if you happen to the lucky recipient of bird poop, then it is advised that you immediately go buy yourself a Milli Piyango lottery ticket as your luck may be turning for the better.

The belief that your ears ring because somebody is speaking about you spans back 2,000 years. However, if only one ear is ringing, then let’s hope it’s the right ear because that means that good things are being said. Whereas if it is your left ear that is ringing, then the belief is that what is being said about you may not be so positive.

While Turkey is famous for its belief in the “evil eye”, in Turkish nazar boncuğu, as any visitor will see from the vast array of the beautiful blue, white and black beads that resemble eyes that are literally hanging around everywhere, a lesser-known tradition in Turkey is the practice of pouring lead to ward off any evil that may come your way from envious eyes. The most prevalent superstition one will see in Turkey as is the case in many parts of the world, is definitely knocking on wood three times to protect from any sort of malevolence. However, in Turkey they take the practice one step further by pulling on an earlobe three times, or just once and then combining the move with knocking on wood as a means of protection from evil.

If you happen to find yourself staring off into space, this could very well be a sign that an unexpected guest may soon show up on your doorstep. The Turks have another superstition that if your shoes happen to fall on top of one another, then you will probably be embarking on a trip soon, whether you have planned one or not.

One of the most prevalent superstitions in Turkey, a common practice to the surprise of many a foreign visitor, involves pouring water behind someone who is leaving. The vessel from which the water is poured does not matter, you can use a glass or a bucket the effect is the same, and it is done to ensure that person who departed's swift and safe return.

The bearers of bad luck...

There is a superstition in Turkey that clipping your fingernails at night is considered to be a sin and a catalyst for misfortune. There is some bearing in this belief as cutting your fingernails and trimming your hair, among other practices, is forbidden for Muslims preparing to embark upon the Hajj pilgrimage. However, the superstition of refraining from cutting nails at night derives from a time when there was no electricity and it was more difficult to clean up fly-away clippings afterward. Nonetheless, in many a Turkish home, the superstition is still prevalent even with the advent of electricity.

For some reason, there is a superstition that whistling at night draws in evil spirits and can procure the devil itself. The reality is that while this practice is not considered a sin, making unnecessary noise is considered bad manners, which is why this superstition may have surfaced. Whistling indoors is also thought to "whistle away all money."

Yet another superstition that involves bad spirits, which in Turkish are referred to as “cin”, is the belief that opening an umbrella indoors will let out all of the evil spirits trapped inside. Derived from a belief spanning back to pre-Islamic times, jinns or genies are supernatural creatures that can be good or bad based on their affiliation with God.

In Turkey, it is definitely considered a bad omen to walk or pass under a ladder. Turks will go out of their way to avoid ladders, changing their paths or stopping and waiting in the street in order to safely avoid stepping under a ladder leaning against a wall. According to ancient Egyptian beliefs, passing through any triangular shape is considered trespassing upon the holy space of the divine, a punishable act. Since an open ladder or one propped up against a wall create a triangle shape, it is thought that the superstition in Turkey originated from this ancient fear.