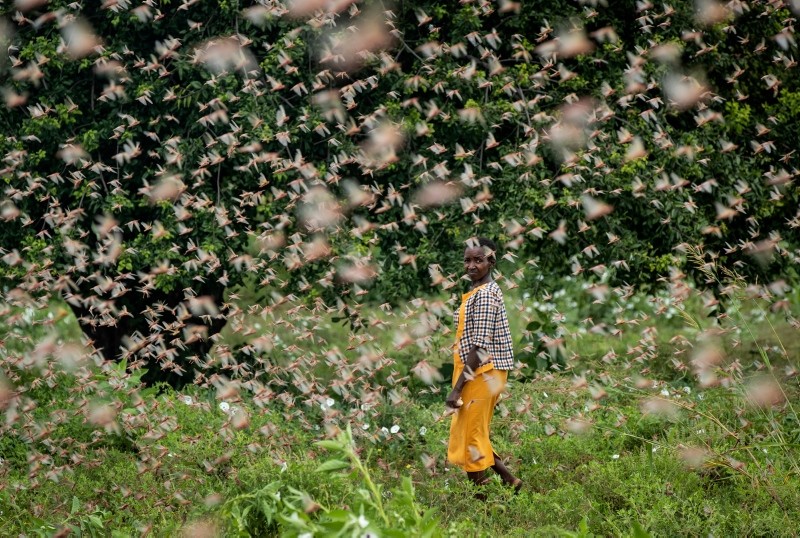 The year 2020 has only just begun, and the world has already suffered many natural disasters, tragedies, deaths, regional conflicts and a new virus outbreak. With 11 months to go, what the year 2020 may bring seems daunting to predict in the face of the tsunami of bad news and conflicts. 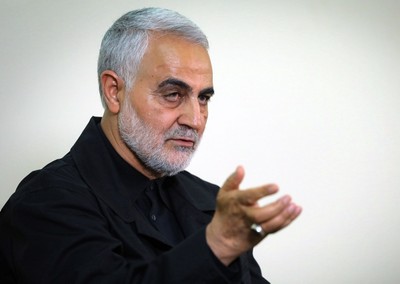 US killing of Iran's Soleimani

On Jan. 3, a U.S. airstrike outside Baghdad, Iraq killed several Iraqi and Iranian military officials. One of them was the second-most important leader in Iran, Gen. Qassem Soleimani. His killing set off several days of mass demonstrations throughout the Middle East and an Iranian retaliatory missile strike on a U.S. military base in Iraq. 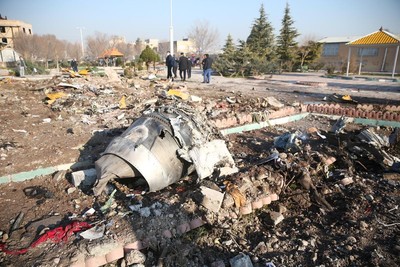 Downing of Ukrainian plane
On Jan. 8, a Ukrainian plane was downed by the Iranian military, killing all 176 people on board. The plane, en route to the Ukrainian capital of Kyiv, was carrying 167 passengers and nine crew members from several countries, including 82 Iranians, many of whom were dual citizens, 57 Canadians and 11 Ukrainians, according to officials. Iran took three days to admit that the Ukrainian plane was downed accidentally by its military. The admission by Iran's Revolutionary Guard undermined the credibility of information provided by senior officials, who had initially adamantly dismissed allegations of a missile strike as Western propaganda. 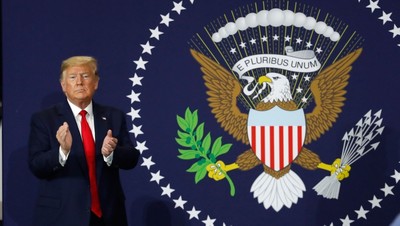 The Democratic-controlled House of Representatives impeached President Donald Trump in December on two charges in the Ukraine matter, setting the stage for the trial in the Republican-led Senate on whether to remove him from office. It is the third Senate presidential impeachment trial in U.S. history. Trump, who has denied wrongdoing and denounced the impeachment process as a sham, is expected to be acquitted in the Senate, where a two-thirds vote is required to convict and remove a president from office. No Republican has voiced support for his ouster. 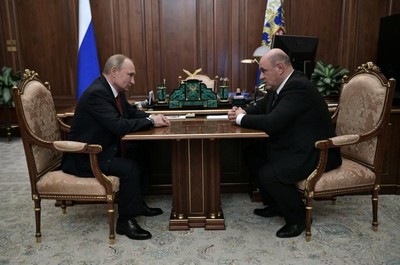 The entire cabinet and Russian President Vladimir Putin's long-term ally, former Prime Minister Dmitry Medvedev, abruptly resigned on Jan. 15 in an organized and well-orchestrated manner after Putin delivered his annual state-of-the-nation speech. Following the unexpected chain of events, the head of the Federal Tax Service, Mikhail Mishustin, was immediately ushered in as the new Russian prime minister by the State Duma the next day. Russia's lower house of parliament unanimously gave its initial backing on Jan. 23 to sweeping constitutional changes proposed by Putin, which are widely seen as an attempt to extend his influence after he steps down. 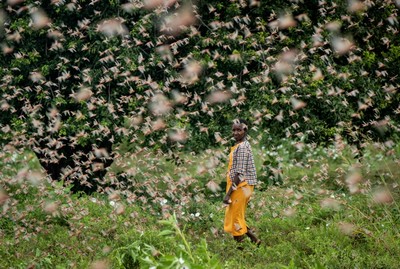 The worst outbreak of desert locusts in Kenya in 70 years has seen hundreds of millions of locusts swarm into the East African nation from Somalia and Ethiopia. South Sudan and Uganda are also among countries under threat of locust invasion as the voracious insects are moving through the region. When rains arrive in March and bring new vegetation across much of the region, the numbers of the fast-breeding locusts could grow 500 times larger before drier weather in June curbs their spread, the U.N. says. 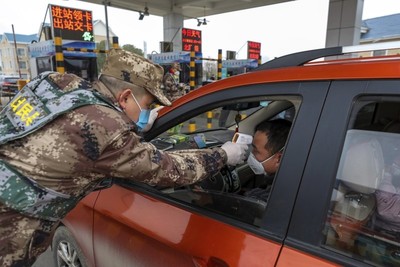 A new viral illness being watched with a wary eye around the globe spread in 25 countries, mostly in Asia, killing at least 213 people and infecting nearly 10,000 in a month.

The pathogen is believed to have emerged in a Wuhan market that sold wild game and spread due to the Lunar New Year holiday season, in which hundreds of millions of Chinese travel at home or abroad. On Jan. 30, the World Health Organization (WHO) declared a global emergency over the spreading of coronavirus. In the face of the new deadly coronavirus, many countries have ramped up defenses against the contagion, sealing borders, shutting public places and clamping down on visitors from China. 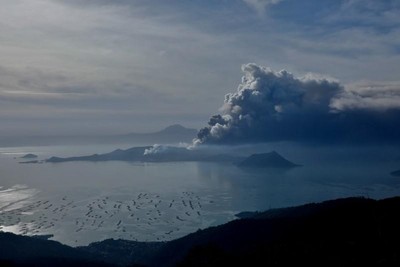 Taal Volcano, the second-most active volcano in the Philippines, near the capital of Manila, began erupting on Jan. 12, crushing scores of homes and killing livestock and crops. The explosive eruption forced over 135,000 people into shelters over fears of a massive blast. 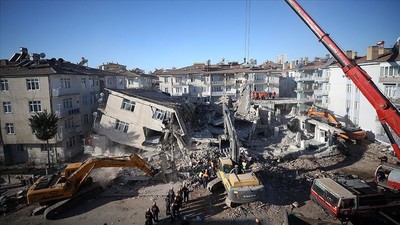 On Jan. 24, a magnitude 6.8 earthquake caused 41 deaths in Turkey's Elazığ province, located about 550 kilometers east of Ankara, and its neighbor, Malatya province. More than 1,600 others were hurt, including 86 still being treated in hospitals. Forty-five people had been rescued from under destroyed buildings, Turkey's Disaster and Emergency Authority (AFAD) said. As Turkey sits on several active fault lines, concerns remain over the possibility of future disasters. 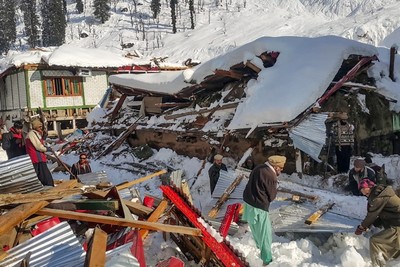 More than 100 people were killed on Jan. 14 by the heaviest snowfall to hit the disputed Himalayan region of Kashmir in a century, as the devastation wrought by the severe winter weather deepened worries about the impact of global warming. 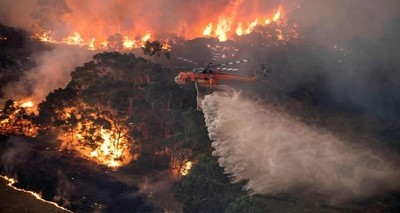 Bushfires, unprecedented for Australia in terms of duration and intensity, have killed 33 people and an estimated 1 billion native animals, while 2,500 homes and a wilderness area the size of Greece have been destroyed. The crisis engulfing the country was called "an ecological disaster" that threatens several species, including koalas and rock wallabies. Images of burned kangaroos, koalas and possums, along with footage of people risking their lives to save native animals, have gone viral around the world. Continued hot weather, relieved only rarely by periods of light rain in the affected areas, deepened the crisis 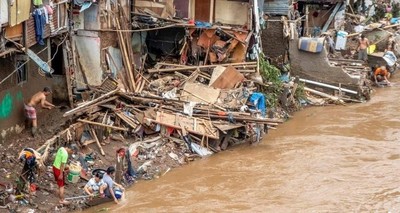 At least 83 people in Jakarta and nearby cities were killed this month due to flooding. January saw the capital city's deadliest flooding in years, with Indonesia's disaster mitigation agency saying downpours that sparked floods and landslides were the heaviest in Jakarta since record-keeping began in the 19th century. 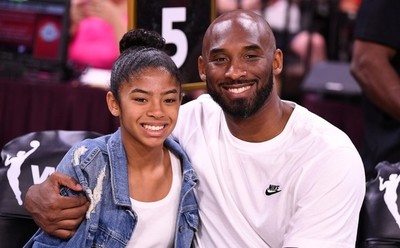 On Jan. 26, NBA legend Kobe Bryant died in a tragic helicopter crash near Los Angeles, California. Bryant's 13-year-old daughter, Gianna Maria-Onore Bryant, was also among the victims killed in the crash. The death of Bryant, a five-time NBA champion for the L.A. Lakers and double Olympic gold medalist, has shocked the world. 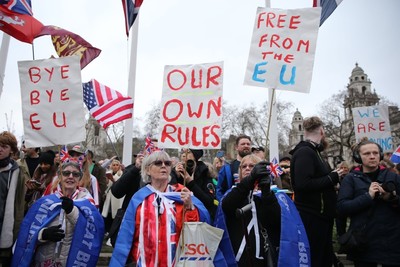 The Brexit saga is officially set to be finalized by the Jan. 31 deadline. Britain's departure date, initially set for March 2019, was postponed several times amid disagreements in the British Parliament on what shape Brexit should take. 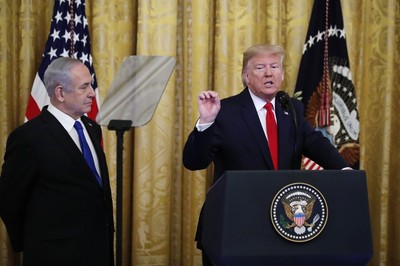 On Jan. 28, U.S. President Trump, standing beside Israeli Prime Minister Benjamin Netanyahu in Washington, unveiled a long-awaited plan for Middle East peace that was quickly criticized for favoring Israel and burying Palestinian hopes of a homeland. 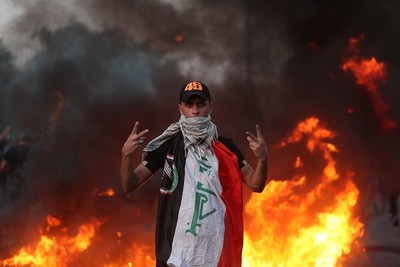 In Iraq and Lebanon, people have been in the streets for months to protest the government. Both governments have long been accused of failing to protect their own people, not meeting their demands and being unable to create balanced relations with Iran. The protesters hold these actors responsible for the deterioration of economic, political and security issues across the country.