Turkey’s environmental stewardship in 2022 and beyond 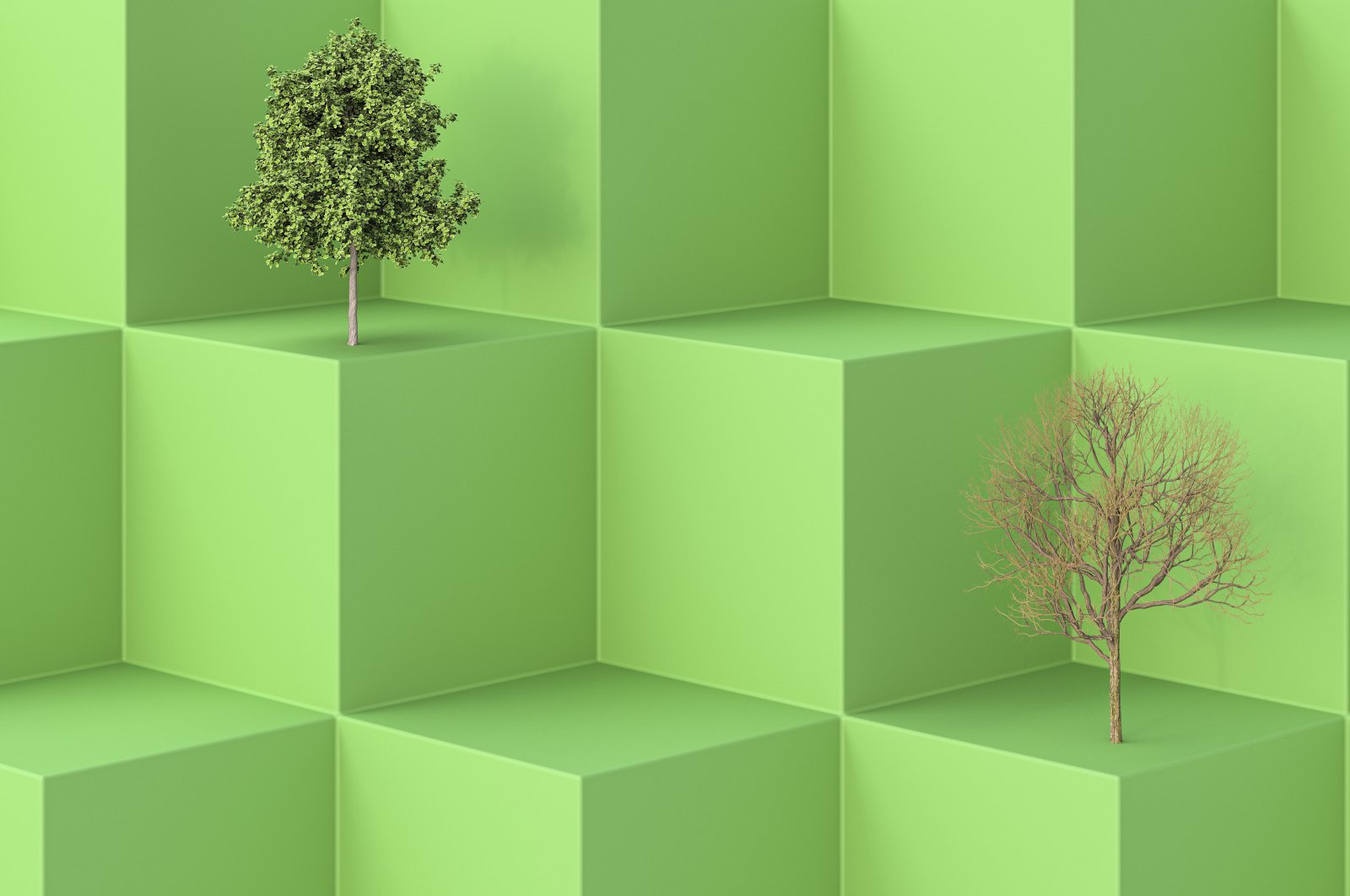 Turkey’s unanimous parliamentary ratification of the Paris deal was given momentum by Erdoğan statements at the 76th session of the United Nations General Assembly (UNGA), reinforcing Ankara’s unflinching environmental commitment as a signatory to the United Nations Framework Convention on Climate Change (UNFCCC) COP21 in Paris.

The Paris ratification is a key cornerstone of Turkey’s 2023 green development goals, through which Turkey aims to fulfill its EU membership criteria, and its 2053 “Turkey model” vision of rights and justice prioritizing a net-zero carbon objective.

The ground-breaking ratification is a multilateral diplomatic triumph welcomed by the U.N.'s Alok Sharma, president of the COP26, who officially acknowledged Erdoğan's efforts and Environment, Urban Planning and Climate Change Minister Murat Kurum’s commitment to net-zero emissions by 2053.

The G-20 and Paris deal require ratifying nations to limit global warming to 1.5 degrees Celsius (2.7 degrees Fahrenheit), halving greenhouse gas emissions by 2030 and dropping them to net-zero by 2050. Average temperatures in Turkey are expected to rise by 2 degrees Celsius over the next decade, according to estimates by the Turkish State Meteorological Service (TSMS).

Many environmentalists believe that Turkey can realistically renew its climate change commitments of reducing emissions by a more ambitiously realistic 25% instead of 21%. This is important since Turkey ranks 16th among the countries causing most greenhouse gas emissions globally per-capita emission. To lower greenhouse gases, Turkey must initially launch short-term climate targets by 2053.

The ratification complements Ankara’s global environmental acclaim as it’s already a signatory for the Vienna Convention for the Protection of the Ozone Layer, the Montreal Protocol, the Rotterdam Convention, the Stockholm Convention on Organic Pollutants, the Kyoto Protocol and the Barcelona Convention.

The Turkish Environmental Agency (TUÇA) under the Environment and Urbanization Ministry will conduct a zero-waste management project to boost the economy through recycling, complementing Turkey’s 2015 Regulation on Waste Management. First lady Emine Erdoğan’s Zero Waste Project recycles 24.2 million tons of trash nationwide aimed at a recycling recovery rate of 60% by 2035. In 2050, Turkey aspires to fully terminate waste disposal by storing it first.

TUÇA must now work closer with nongovernmental organizations (NGOs) since they can leverage their expertise in pollution prevention, sustainable development and climate mitigation.

In lieu of the ratification, Turkey will fully harmonize legislation with EU law and global environmental standards. Regulators must adopt a more stringent approach in issuing environmental licenses tightening and updating Turkey’s Regulation on Environmental Permits and Licenses from 2014.

Ankara is required to update its national climate action plan, officially called the Nationally Determined Contribution (NDC), including emission reduction targets specifically on the “energy, waste, transportation, buildings and agriculture” sectors and to submit them to the U.N. Secretariat.

The country must now prepare biannual climate reports with nationwide greenhouse gas inventories by submitting them to the Contract Secretariat. Under the deal, Turkey aspires to curb greenhouse gas emissions by 21% by 2030. Turkey will now have to constantly update national contributions tackling climate change every five years, where each update improves vis-a-vis the previous one.

Turkey will now revisit its national climate change action plan with medium-to-long-term targets for 2030 and 2050, set up a climate change research center driven by scientific data and create a climate change platform to share best practices and cutting-edge technologies.

The Paris ratification implies that Turkey’s legislation will now be harmonized with the European Green Deal, an environmental change blueprint whereby all 27 EU states commit to making Europe the world’s first “climate neutral” continent by 2050 reducing emissions to 55% by 2030.