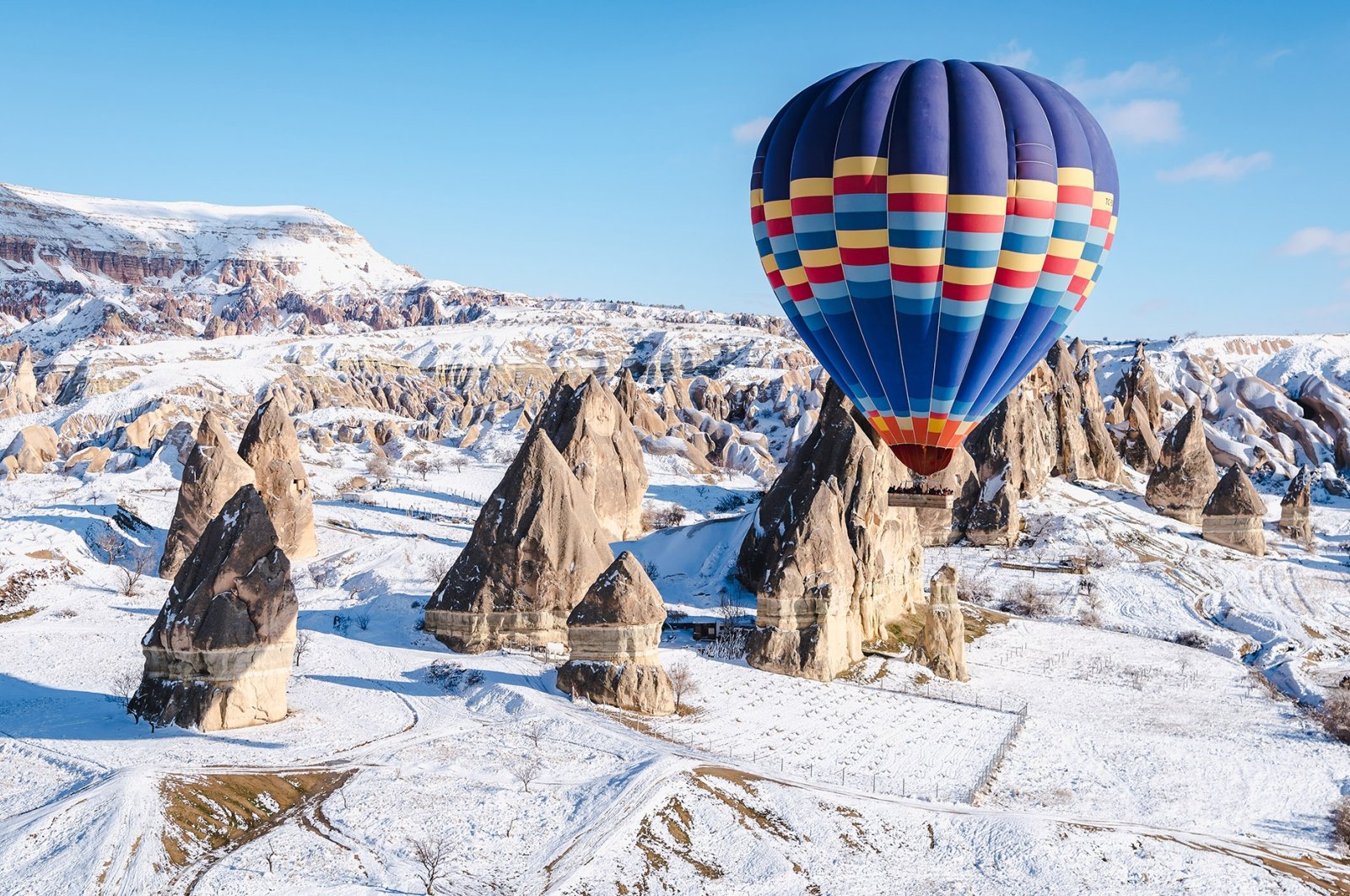 Stressing over how to keep the kids busy and entertained over the school holidays? These prime spots in Turkey could be perfect for a little family getaway in the great outdoors that is as COVID-19-safe as possible

Schools in Turkey began their hiatus this week for what will be a three-week break lasting until Feb. 15, when classes, albeit online, will once again resume. No one can argue it hasn't been a strange year for children and adults alike, and this break has been extended by an additional week to hopefully make up for the stress a bit. It may seem that we are restricted in what we can and can’t do this break due to the pandemic-curbing efforts; however, there is still a variety of ways to go on an exciting, outdoor, educational adventure that will rock your world in the very best sense, especially in Turkey.

Why not take advantage of the cool weather to pay a visit to some of Turkey’s miraculous archaeological sites? After all, wandering ancient ruins can be even more fun in winter than in summer, and to be honest, the sweltering heat and the crowds during the latter can make the experience tiresome and unpleasant. Thus, winter can be an opportune time to visit sites such as Ephesus and Troy, both of which are feasible getaways from Turkey’s major cities, Istanbul and Ankara, as they can be reached in a half-day of driving or by plane.

Check out these great five ideas for amazing adventures to enjoy the winter break:

A trip to Ephesus – an ancient Ionian town dating back to 10,000 B.C., a UNESCO-listed World Heritage Site and the largest and best-preserved ancient site in the Mediterranean region – can easily be combined with a visit to the neighboring House of the Virgin Mary, believed to be where she spent her final days. Meanwhile, you can plan to stay in the boutique village of Şirince, which stunningly retains strong elements of Ottoman and local Greek architecture amid forested hills or the historic town of Selçuk, which has a wider range of accommodation options.

The site where the legendary Trojan War transpired – one of the most significant stories in mythology and Homer’s Iliad, and referred to in Turkish as Truva – is conveniently located right between the lively northwestern coastal city of Çanakkale and the ancient ruins and town referred to as Assos, where Aristotle taught philosophers. The ruins of Troy are thoroughly engaging, especially due to the impressive and modern archaeology museum that now accompanies the experience. To visit, one can either stay in Assos or Çanakkale, heading either way. However, if you choose the latter, there are ferryboats to Gallipoli where you can include a trip to the historical battlegrounds of one of the most significant battles fought by the Allied troops in World War I, which included British, Australian and New Zealander soldiers, who are commemorated in what has since become a pilgrimage of national identity with grand ceremonies held at the memorial site annually on Anzac Day, April 25.

The picturesque town of Iznik, once known as Nicaea and hence the site of the Nicaean Creed, is a wonderful getaway from Istanbul due to its sheer proximity and offerings. This now-quiet yet picturesque town has a history that includes hosting the First and Second Councils of Nicaea, resulting in the Nicaean Creed, which is the founding declaration for Christians that gave the religion its very name, significance and holidays. The historical site is surrounded by 5 kilometers (3.1 miles) of ancient walls, making it an impressive sight to behold. Furthermore, Iznik is situated on an eponymous lake that recently revealed the St. Neophythos Basilica. In addition to the flat terrain, the lake makes for a wonderful bicycling course. The town is also famed for its pottery, and there are a plethora of ceramic workshops available. Iznik is located in Bursa province, and the center city is a fine destination for overnight accommodation, especially in one of the thermal hotels the area is laden with. Or, just continue on to Mt. Uludağ and Turkey’s most popular ski resort.

Yedigöller is named after the seven lakes that were formed by landslides that make up the Yedigöller National Park and is located in the Black Sea province of Bolu. While the area is breathtaking in fall due to the spectacular earth-tone trees and the area’s unique flora and fauna, it becomes a true winter wonderland when covered in snow. This special area has a variety of wildlife including bears, lynx, wolves, foxes, and otters, and there is also a reserve for deers. In what feels like a world away from the more familiar environment in Turkey, Seven Lakes is an excellent place to hike or bike and be immersed in nature and stunning vistas. While winter accommodation is not an option in the national park, a trip to the Seven Lakes could easily be combined with a visit to the nearby town of Bolu, or traverse a little farther and discover Abant, another stunning rural region surrounding a lake of the same name with comfortable accommodation options. Or, head to the Kartalkaya Ski Center for some of the best slopes and skiing facilities in Turkey.

Winter is actually one of the most wonderful times to visit Cappadocia, the land of moonscape volcanic rock formations that were carved into caves of homes and shrines with medieval cave paintings. This season is an excellent time to visit the Göreme Open-Air Museum, home to the Dark Church, as it is of course less crowded, and if you’re lucky and the unique landscape of fairy chimneys is covered in snow, it truly feels other-worldly. Winter walks are a common activity in the region as is horse-back riding, a testament to the area’s very name, which means “the land of beautiful horses.” Then, of course, there is the more recent landmark activity of taking a ride on a hot-air balloon, which run year-round. Admittedly sometimes, rides can be canceled due to unfavorable weather conditions, but obtaining a full refund in such a case is a normal practice if you set the ground rules. Watching the balloons take off at sunrise from the ground is also a sight to behold, so actually riding a balloon is not a must. There is also nothing more luxurious and cozy than staying in one of the converted cave hotels equipped with hamams and individual hot tubs.