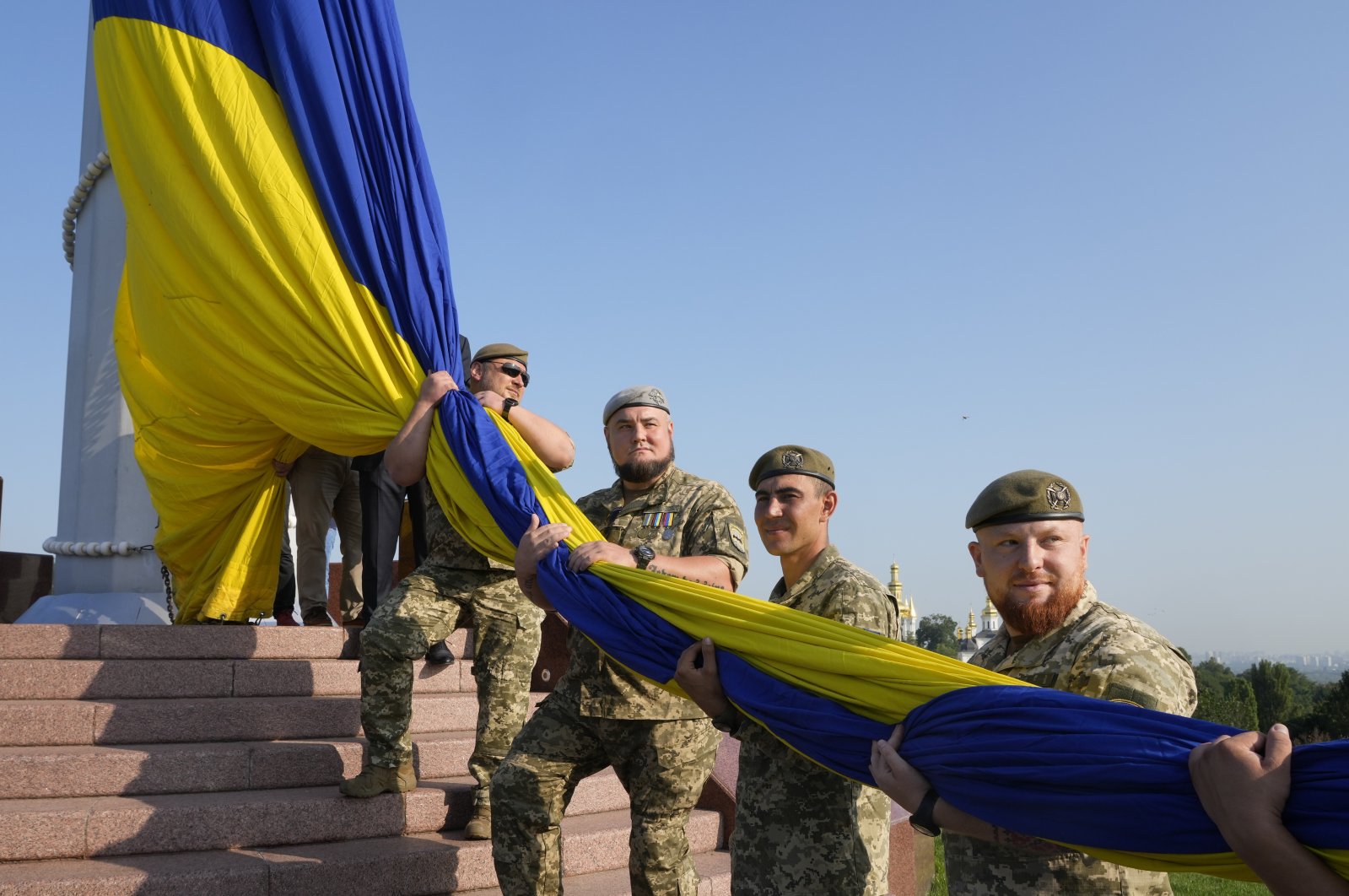 The celebration of the 30th anniversary of Ukraine's independence marks the many triumphs and achievements of the difficult history of our country. However, perhaps the most terrible difficulty has been the recent disgraceful Russian occupation of Crimea

On Aug. 24, Ukraine celebrates its 30th anniversary of its independence. On this day in 1991, the Ukrainian parliament (Verkhovna Rada) adopted the Act of Declaration of Independence of Ukraine. It is important to note that this act was about restoring independence as Ukrainian statehood is over a thousand years old.

Since then, Ukraine has overcome much hardship and can boast of many achievements. Despite centuries of statelessness and the complicated legacy of the Soviet era, state institutions were created from scratch, and the democratic development of the state and society was ensured.

Ukraine said goodbye to the Soviet remnants in its history, ideology and culture. The archives were declassified, and this allowed Ukrainians to learn a lot about their true history.

Ukraine not only made a foreign policy choice but also a value choice, becoming a member of the European Union and NATO.

Strong Armed Forces of Ukraine were built. Developments in the defense industry were brought forward. Ukraine remains one of the few countries in the world to have aviation and space technologies. The country is also among the leaders in information technology.

The country is also an enthralling tourist destination with its unique historical heritage, hospitable and creative people, picturesque and diverse nature – mountains, sea, rivers and even the largest desert in Europe – many cultural events and delicious food.

Today Ukraine is a democratic European country with a rich past and a dynamic present. The country continues to implement comprehensive reforms and develop its potential to further strengthen the state, improve its citizens' welfare, and attract foreign guests and investors.

At the same time, in our recent history, Ukraine has faced some of its greatest challenges in the form of armed aggression from Russia that began in 2014. In violation of all norms of international law, Russia occupied and annexed Ukraine’s Crimea and carried out a military invasion in the east of Ukraine.

The ongoing war unleashed by Russia has resulted in the occupation of 7% of the Ukrainian territories, equaling about 40,000 square kilometers (15,444 square miles) of land. For better understanding, the amount of land occupied is equivalent to the territory of Turkey's largest province, Konya. Just as important, the war has also caused the death of over 14,000 compatriots, as well as forced displacement of around 1.5 million Ukrainian citizens.

There are many negative repercussions for Crimea, too. The Ukrainian peninsula, known as the homeland of the indigenous people of Ukraine – Crimean Tatars – and a thriving tourist center, over the past seven years has become a powerful military base that poses a security threat from Russia not only in the Black Sea but also in the Mediterranean Sea.

Russia impedes free navigation in both Ukrainian and international waters around Crimea. Another depressing consequence is the transformation of the peninsula into a center of human rights violations, which affect, in particular, Crimean Tatars.

Not a week goes by without news of another disappearance of activists, persecutions, searches and other repressions under the disguise of fabricated cases. Contrary to international law, the occupying power is changing the demographic composition of the population in Crimea. According to available data, more than 500,000 new residents have been moved from Russia to Crimea.

The occupation of Ukrainian lands must be stopped. All available tools should be used to free them. While the issues related to ending the confrontation in the east of Ukraine is a subject of negotiations in the Normandy format, there has been no institutionalized international mechanism for resolving the issue of Crimea.

In this regard, Ukraine has initiated the establishment of the International Crimean Platform – a permanent international forum, which aims at stopping the Russian occupation of Crimea and peacefully returning it to the control of the Ukrainian government.

In the short term, the Crimean Platform is designed to help produce a more effective response from the world community against Russia's attempted annexation of Crimea and the above-mentioned consequences of this disgraceful act. The Crimean Platform will work continuously and systematically on many levels – intergovernmental, parliamentary and expert – and will act in synergy with other international institutions.

On Aug. 23, a day before the celebration of the 30th anniversary of Ukraine's independence, the inaugural summit of the Crimean Platform will take place in Kyiv. Delegations from 44 countries and international organizations will take part in this important meeting. Among the participants of the summit are Turkey's Foreign Minister Mevlüt Çavuşoğlu and Grand National Assembly deputies Ahmet Yıldız and Mehmet Altay.

Ukraine appreciates the strategic partnership between Ukraine and Turkey and is grateful for Ankara's unwavering support for Ukraine's sovereignty and territorial integrity, its nonrecognition of Russia's attempted annexation of Crimea, and its consistent efforts to protect the rights and interests of Crimean Tatars. I am convinced that the launching of the Crimean Platform and its further activities, with the participation of such a powerful player in the region as Turkey, will contribute to the freeing of Ukrainian lands and restoring respect for international law.

Chargé d'Affaires a.i. of the Embassy of Ukraine in the Republic of Turkey
RECOMMENDED