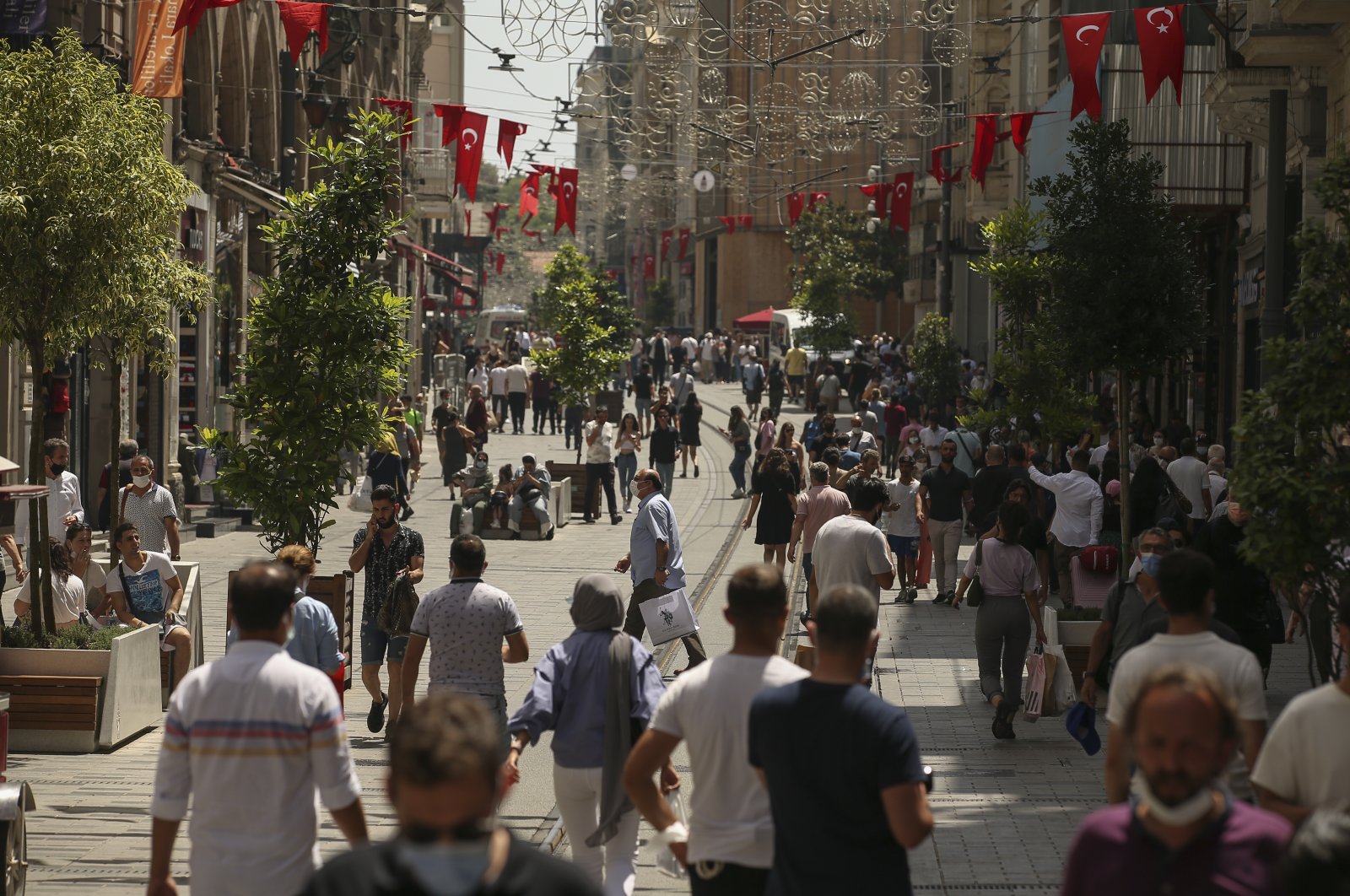 A busy September lies ahead for Turkey as growth data for the second quarter, inflation and export figures are all due this week, before the government announces its medium-term economic road map later in the month.

To battle surging COVID-19 cases, Turkey had imposed curfews, weekend lockdowns and restaurant closures this year, including a tougher but brief full lockdown in April and May.

Data due Wednesday is likely to show that Turkish gross domestic product (GDP) saw double-digit growth in the April-June period, mainly due to a rebound from a steep fall caused by COVID-19 restrictions last year.

The economy is expected to have surged around 21.7% year-on-year according to the median, in a Reuters poll of 14 economists from last week. Forecasts ranged from 18.1% to 24%.

Forecasts in an Anadolu Agency (AA) survey were for a 21.8% growth in the second quarter. Government officials have also expressed views that the growth would exceed 20%.

The economy grew strongly, by 7%, in the first quarter. President Recep Tayyip Erdoğan has said they expect the economy to register serious growth in the second.

The $720-billion economy grew 1.8% last year, despite a 10.3% plunge in the second quarter, one of only a few globally to avoid an annual contraction amid the pandemic fallout.

The strong second quarter is expected to bring the expansion for the full year to around 8%. The full-year estimates in the Reuters poll spread between 4.6% and 9%.

This year, the government officially forecasts 5.8% growth, though Treasury and Finance Minister Lütfi Elvan said it could top 8% annually with a robust April-June performance.

Erdoğan has also said the full-year growth could exceed that of the first quarter, driven by the leap in the second quarter.

Among others, the Trade Ministry will be announcing the export figures for August on Thursday, which comes after Turkey’s 12-month rolling exports exceeded the long-awaited threshold of $200 billion for the first time in July.

Eyes will also be on the August inflation data. Inflation inched higher to near 19% in July, the highest level in more than two years, keeping pressure on the central bank to maintain a tight stance.

The official data due Friday is expected to show inflation edged lower to 18.7% in August, according to surveys. In a Reuters poll of 15 economists, forecasts for the August annual inflation ranged between 18.25% and 19%. The median forecast for the monthly figure stood at 0.60%, with estimates ranging between 0.30% and 0.90%.

IŞ Investment economist Dağlar Özkan was cited by Reuters as saying that food prices were seen leading the rise in August, on the back of recent drought and a rise in international commodity prices. He added that some upward pressure may come from the hotel-restaurant and entertainment components of the inflation basket.

Economists also expect an increase of the threshold at which special consumption tax is imposed on vehicles to help keep inflation lower.

The central bank has said inflation will follow a volatile course in the short term due to both supply and demand factors, and that it would monitor the impact of the volatility for its monetary stance.

Although inflation is seen dipping from July’s 18.95%, real yields still remain narrow with the central bank’s benchmark policy rate standing at 19%. The Central Bank of the Republic of Turkey (CBRT) is due to hold its Monetary Policy Committee (MPC) meeting on Sept. 23.

The monetary authority has pledged to keep rates above inflation. It raised its year-end inflation forecast to 14.1% last month.

The median of 11 economists for year-end inflation stood at 16% in the Reuters poll, with forecasts ranging between 15% and 17.5%.

Özkan said inflation would likely remain around 18.5%-19% in coming months before beginning to decline.

“In November and December, the base effect will be quite supportive and therefore I expect inflation to fall toward 16% by year-end,” he said, adding that a recent improvement in the Turkish lira’s exchange rate would support the decline.

Next week will be marked by the jobless rate for July. Turkey’s unemployment rate dropped 2.5 percentage points from a month earlier in June, a period when the country was emerging from the coronavirus lockdown.

In the subsequent week, the Turkish Statistical Institute (TurkStat) will be announcing the turnover index as well as the retail sales and industrial production index.

Seen as a precursor to growth figures, industrial production expanded 41.1% year-on-year in the second quarter.

The upbeat in August pushed the economic confidence to a 39-month high. Driven by the services and construction confidence indexes, the index rose 0.7% month-on-month to 100.8 points.

Attention will be particularly direct toward Turkey’s new medium-term economic program, which Turkey Vice President Fuat Oktay last week said the government plans to unveil in the first half of September.

Set to cover the period from 2022 through 2024, Oktay said preparations for the Medium Term Program (MTP) continue in a way that sets out economic and social policies that will improve the public welfare in line with development targets and the distribution of resources for these policies.

The road map will set forth targets regarding the basic macro indicators, including inflation, employment, growth, export and current account.

The announcement will also speed up works on the 2022 government budget, prompting ministries to rev up their efforts to prepare their sheets for the next year.

The country’s central bank will, on Sept. 13, share the data on the balance of payments two days before the Treasury and Finance Ministry unveils the budget realization.