Growth, inflation and reforms: All but calm March awaits Turkey 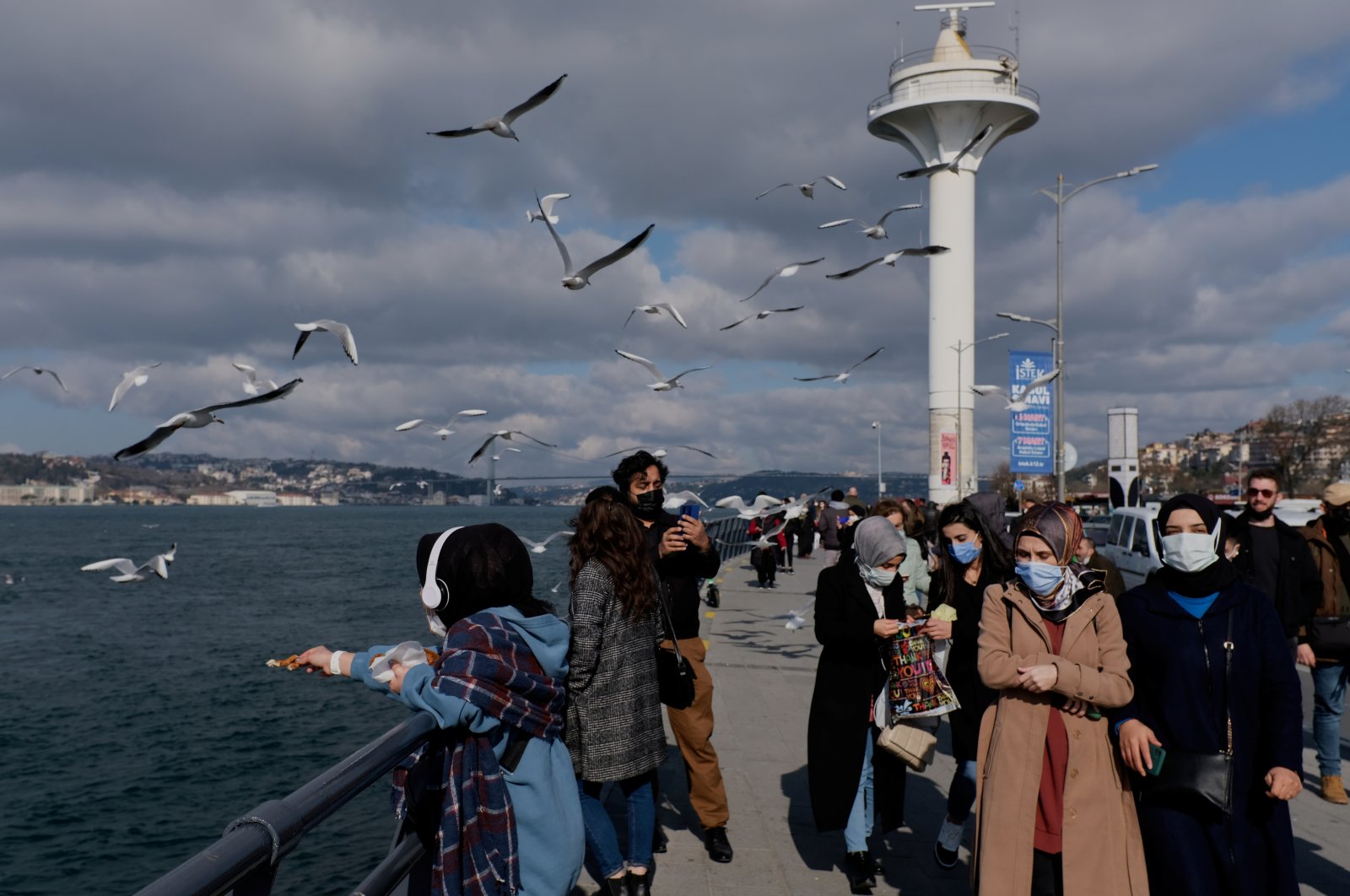 All but a calm month is ahead for Turkey with growth data for the coronavirus pandemic-ravaged 2020, export figures and inflation data all due in the first week of March, before the government announces details of the highly anticipated economic reforms a week later.

The Turkish economy likely outperformed its peers in the fourth quarter and 2020 overall, as interest rate cuts and cheap credit somewhat helped the country overcome fallout from the pandemic, data due Monday is estimated to show.

The gross domestic product (GPD) probably rose as much as 7.1% in the October-December quarter, according to surveys. The economy is estimated to have logged up to 2.3% growth in 2020 as a whole, emerging as one of the few countries to avoid a contraction amid the outbreak.

The median forecast in a Reuters poll of 16 economists for the last quarter was for 7.1% year-on-year growth with estimates ranging between 3% and 8.3%. The median estimate of 2.3% for 2020 was based on 19 respondents.

The median of 20 forecasts in a Bloomberg survey was for a 6.9% year-on-year growth in the fourth quarter, more than in any other G-20 nation, including China.

“The key drivers of the economic activity in the last quarter were industrial production and credit growth,” Can Ayan, an Istanbul-based economist at Aktif Bank, was cited as saying by Bloomberg on Sunday.

The IMF forecasted expansions in only Turkey, China and Egypt in 2020 due to the pandemic fallout, based on its January World Economic Outlook Update.

The major emerging market (EM) economy expanded 4.5% year-on-year in the first quarter when social and business curbs were imposed, leading to a 9.9% contraction in the second. It rebounded 6.7% in the third quarter as state banks offered cheap credit and as restrictions were lifted.

For 2021, the GDP is estimated to grow by as much as 6% as the economy continues to rebound.

Consumption and government spending will support activity in the first quarter of 2021, lifting growth over the year to 5.2%, Ayan told Bloomberg.

The IMF raised its growth forecast for the economy to 6% in 2021, compared with a previous projection of 5%.

Faced with a second COVID-19 wave, the government imposed new measures at the end of last year but sought to free up supply and production chains. Ankara is considering lifting some restrictions as of this week.

Following the GDP data, eyes will turn on the annual inflation data due Wednesday, which is expected to have risen again in February.

Inflation is expected to have risen to more than 15% last month, polls showed on Friday, as fruit and vegetable prices continue to exert upward pressure.

In a Reuters poll of 16 economists, the median estimate for annual consumer price inflation in February was 15.39%, with forecasts ranging between 15.1% and 15.7%. It edged higher to stand at 14.97% in January.

The median estimate in the Anadolu Agency (AA) survey was for an increase to 15.45% in the month.

Inflation is expected to peak at around 16% in April before falling gradually, said Serkan Gönençler, an economist at Gedik Yatırım, adding that a continuation of the recent weakness in the lira could add upside pressure.

“The food group with its increased weight in the basket, especially fruit and vegetable prices, could exert upside pressure on February inflation,” Gönençler told Reuters.

“A policy rate hike could still come on the agenda if the recent lira weakening continues and negatively impacts the inflation path. We continue to think that the central bank could consider rate cuts in Q3 after a fall in the inflation print.”

The Central Bank of the Republic of Turkey (CBRT), which has repeatedly said it would target inflation more strongly under new Governor Naci Ağbal, has raised its policy rate by 675 basis points to 17% since November. The benchmark rate was held steady in January and February meetings.

The central bank expects inflation to come down to 9.4% by the end of 2021. However, it said changes of weightings in the inflation basket will have an upside impact on annual inflation until mid-2021.

The central bank said the changes were projected to increase inflation by 0.5 points by April, then die out toward the end of the year.

Among others, Trade Minister Ruhsar Pekcan is expected to unveil the country’s export figures for February.

Due on Tuesday, the data follows the highest monthly figure in January as sales surpassed $15 billion, a 2.5% year-on-year increase. Imports were down 5.6% to amount to $18.1 billion.

The foreign trade deficit ended up shrinking 32% on annual basis to over $3 billion.

A week later, attention will turn toward Ankara as the government will be unveiling details of the highly anticipated new economic reform policies.

President Recep Tayyip Erdoğan last week confirmed the reform package would be announced in the second week of March.

Erdoğan also said a human rights action plan would be announced this Tuesday.

“We have come to the end of our economic reform work, which includes macroeconomic stability policies and structural policies,” Treasury and Finance Minister Lütfi Elvan said last Thursday.

Erdoğan late last year pledged a new economic era and promised a slate of economic and judicial reforms, which he said would raise the standards for democratic rights and freedom.

Economic reforms are expected to focus on investment, production, export and employment.

Elvan had said Turkey would maintain fiscal discipline and would focus on sustainable and “high quality” economic growth policies in the coming period to increase employment.